The following is the Report on patent development of 6G communication technology From State Intellectual Property Office recommended by recordtrend.com. And this article belongs to the classification: 5g industry, Mobile Internet.

The report interprets the overall patent status of 6G communication and the patent development status of key technologies such as terahertz, aerospace Haiti integration, deterministic network and AI based air interface, and puts forward measures and suggestions to promote the high-quality development of 6G communication industry from the perspective of intellectual property rights. Representatives from government departments, communication manufacturers, operators, scientific research institutions and professional media attended the press conference.

According to the development law of mobile communication, a generation of mobile communication system will be updated every ten years, and adhering to the development principle of “one generation for business, one generation for planning”, at present, the curtain of 6G R & D in China and even in the world has opened, and they are competing to seize the strategic 6G technology highland. Finland, which owns Nokia, is the first country to publish the world’s first 6G white paper “drivers and major research challenges for 6G ubiquitous wireless intelligence”, which gives a systematic outlook on 6G vision and technology application. The United States has also started 6G research since 2018. The preliminary research includes the research on 6G chip, and takes the lead in the research and practice of aerospace integrated communication, especially Satellite Internet communication. South Korea has listed the research and development of 6G UHF wireless devices as the “first” topic. Japan has some advantages in 6G key terahertz technology. China has also launched 6G R & D in an all-round way. In November 2019, the Ministry of science and Technology launched the 6G technology R & D imt-2030 promotion group participated by 37 industry university research institutions, and held several 6G seminars. ITU and 3GPP, the standard organizations in the field of communication, have also given a schedule for the formulation of 6G related standards.

The report analyzes the patent status in the field of 6G communication technology from both global and Chinese perspectives. The results show that: 1

（1） The total number of global patent applications involving terahertz technology is 7737, showing an overall growth trend. China has the largest number of terahertz patent applications (3118, about 3634), accounting for 40% of the total global patent applications, and the United States ranks second with 1585. Chinese patent applications are mainly domestic, with 3088 applications, accounting for nearly 85%, far exceeding the number of foreign applications (546). Domestic patent applications are concentrated in Sichuan Province, Beijing City, Jiangsu Province and other provinces where communication universities are concentrated. Among the top ten applicants in the world, six are Chinese applicants, all of which are universities and scientific research institutions. The University of Electronic Science and technology and China University of metrology are in the top two. Terahertz patent technology mainly focuses on the problem of path loss in large frequency band. Solving the path includes optimizing the performance of traditional large-scale antenna array beamforming through antenna technology, as well as new antenna technologies such as orbital angular momentum technology and reconfigurable smart surface technology Orbital angular momentum technology, Reconfigurable Intelligent surface technology.

4、 Suggestions on the development of 6G communication

China has an advantage in the total number of patent applications for key technologies of 6G communication, while maintaining the trend of increasing year by year, which indicates that China has already begun to carry out technology research and development and patent layout, and should strive to take advantage of 5g technology to continue to seize the opportunity. Especially in orbital angular momentum technology, Reconfigurable Intelligent surface technology, satellite ground quantum key distribution technology, underwater acoustic communication technology and AI based air port technology, we should continue to maintain a good R & D situation, do a good job in technology reserve and patent layout, and strive for more voice rights.

In the aspects of high altitude platform communication, link management, deterministic network and other key technologies, China started relatively late, and the creation and reserve of independent intellectual property rights are relatively weak. Domestic innovation entities should pay more attention to foreign advanced technologies, tap their own potential, and speed up technology research and development simultaneously. At the same time, they should make full use of national intellectual property rights systems and policies, formulate matching patent layout strategies while developing R & D and standards, strengthen innovation of key core technologies and cultivation of high-value patents, and promote breakthrough of standard necessary patent layout.

In the current complex international environment, the domestic communication industry should be based on the double cycle, strengthen the cooperation of domestic industrial chain, integrate superior resources, and try to promote the effective cooperation among leading enterprises, universities and scientific research institutes. For example, as a forward-looking and strategic frontier technology of Aerospace Science and technology, China’s scientific research institutes, colleges and enterprises all focus on satellite communication technology. They can concentrate their own scientific research forces to optimize the allocation and sharing of resources, and promote the innovation of key common core technologies and the transformation and application of patent achievements.

The formulation of communication standards is never determined by the advanced nature of technology. China should seek cooperation in the whole region and the whole industry chain in the key technologies that are in the key position. For example, Japan and South Korea have certain advantages in the orbital angular momentum technology, satellite technology, high altitude platform communication and other key technologies of 6G communication. NTT company, NEC company, Mitsubishi company, Softbank company and Daewoo communication company of South Korea all rank in the forefront of patent applications and have strong technical strength. It is suggested that 6G communication industry international cooperation can be carried out with these countries and enterprises to reduce the technology dependence of Europe and the United States.

Taking deterministic network technology as an example, China’s technology start and industrial application lags behind Europe and the United States, and is still in the state of industry university research simultaneously. Open source software (OSS) is more creative, better quality and lower production cost. Open source has become a way for modern organizations and more and more traditional organizations to build software. It is suggested that Chinese enterprises should combine the future core of 6G communication industry development, choose the form and content of intellectual property protection, actively participate in the open source development, double wheel drive, lay a solid technical base and create a good technological ecological environment while building patent security. 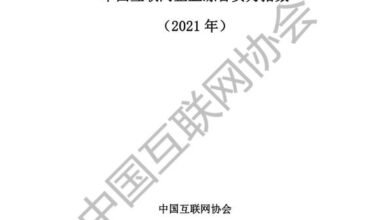 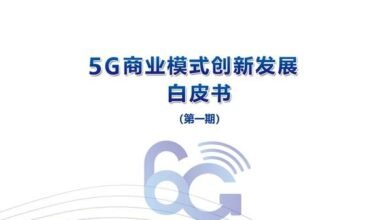 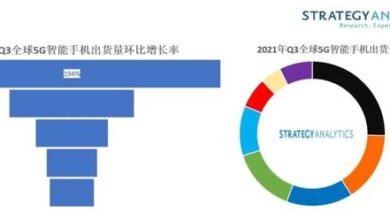 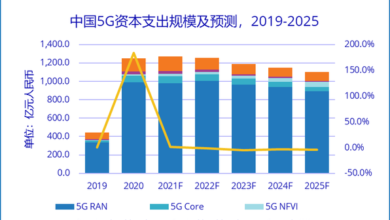