The following is the Summary report of app store promotion market in October 2021 From Seven wheat data recommended by recordtrend.com. And this article belongs to the classification: App Store, Mobile application.

On October 6, Apple announced that from January 31, 2022, all apps supporting the creation of personal accounts must also allow users to request to delete accounts from the app.

This is another strengthening of the “privacy protection” that Apple has always advocated. As early as before and after the wwdc21 conference in June this year, apple updated the app store audit guide, which also updated article (V) of article 5.1.1, adding the sentence “apps that support account creation must also provide account deletion function.

What do developers need to pay attention to?

(1) Strict implementation: Apple has added the “requirement to provide account deletion in the app” to the app store audit guide, and clearly stated that it will be implemented from January 31, 2022. It is recommended to launch this function as early as possible. After January 31, Apple will certainly focus on this part.

(2) How to set this function: Apple’s new regulations strictly require that app must set a function so that users can “delete their account from app”, but it is not clear how to set this function. At present, the “delete account” function can be simple or complex. Some developers set the logout function in the personal center. Others guide users to customer service or send an email to inform users to completely delete their information, which can be determined according to specific needs.

2. Apple reminds: price adjustment will be implemented for app and items purchased in app

On October 16, apple issued a reminder to developers that the tax rate and price adjustment will be implemented for app and purchased items in app. Apple said that when the tax rate or foreign exchange rate changes, the prices in some areas of the app store will sometimes be updated, and the income of developers will also be adjusted.

3. Apple further expanded the “search suggestion” tag function of the app store to cover the crowd

As early as April 29 this year, Apple announced the launch of the “search suggestion” function in the app stores in Australia, Canada, the United States and the United Kingdom, allowing users to find apps through the tags actively pushed by the system. This function is designed to facilitate user search, and use the Search tab to make the search results more accurate. In August, Apple launched a gray scale test on the Chinese mainland, and only some mobile phone systems could search the “search suggestion” label. At present, Apple has further opened this function, and IOS 14.3 and above systems can view the “search suggestions” tab of the app store.

5. In app activities were officially displayed in the app store of IOS / ipados 15

This update of the app store provides a new way for developers to obtain volume. Developers can use relevant activities in the app to attract users to download or use the app.

On October 22, apple updated the audit rules of its app store, including “one deletion” and “two additions”.

Previously, some IOS developers in the United States accused apple of using the app store to impose commissions and file a lawsuit. After two years, apple proposed settlement terms in August and released them on its official website.

The clause identifies seven issues closely related to developers, including “developers will be allowed to use e-mail to introduce third-party payment methods to users without paying commission to Apple”. At present, this rule update is the implementation of this previous message.

On October 21, Apple launched a new feature – “in app activities” in the app store. Developers who want to publicize app activities in the app store need to submit them to apple for review like binary files and other metadata. The addition of the content of the review guide is the implementation of this feature review.

② Relevant rules of “app can request users to provide basic contact information” have been added. The premise of the request is that “the user has the right to choose whether to provide information”, “whether the user provides information shall not be a prerequisite for using app functions and services”, and “the app must comply with all other provisions of relevant guidelines (including restrictions on collecting children’s information)”

In October 2021, there were 32612 products on the app store, with a decrease of 6.7% compared with the previous month; The number of products off the shelves in October was higher than that in September, with a total of 57667 models.

The top 6 categories of new apps are: Games, tools, business, shopping, life, delicious food and drinks, of which the game category adds the most, 3999; Among the off shelf products, the number of life apps is the largest, 6111. In addition, there are business, games and other types of off shelf products.

Among the reviewed title words, the keyword “platform” still has the highest frequency, with a frequency of 2573   Times, accounting for 9.28%, followed by “games”, “management”, “video”, “software”, “learning”, etc.

There were 2960 products on the hot search list in October, an increase of 64 compared with 2896 products in September. From the product types on the app store hot search list, they are still all game apps.

7、10   Analysis of recommended products in app store in January

Among the recommended products in the app store in October, there were 280 apps and 306 games. The number of recommended Games was slightly higher, accounting for 52.2%.

How does the Internet change our perception of our intelligence?

In 2021, the net loss of Q3 Xiaopeng automobile was 1.59 billion yuan, an increase of 38.8% year-on-year From Xiaopeng auto financial report 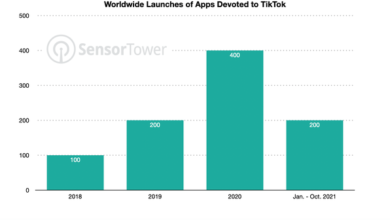 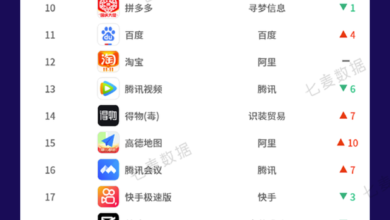 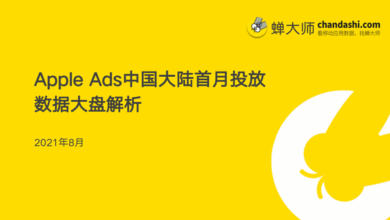 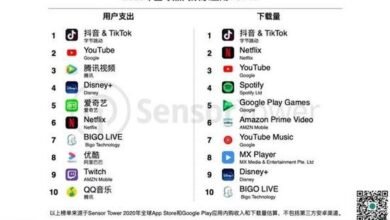