The following is the 78 million vehicles sold in 2020, 32% of China’s share From China Automobile Circulation Association recommended by recordtrend.com. And this article belongs to the classification: Automobile industry.

In 2020, affected by the epidemic situation, the world automobile market will continue to remain in the doldrums, but the sales volume in some regions will pick up. China’s auto market has gradually stepped out of the impact of the epidemic, showing a reverse trend. The epidemic situation in Europe and the United States continues to aggravate, forming a complex situation of the world enterprise market in 2020.

From a worldwide perspective, the Asian groups represented by Toyota and Hyundai Kia have relatively strong performance, and the rebound effect of Chinese auto companies is the most prominent. From January to December, China’s automobile share in the world was 32%. In April, the amount reached 52%, and in December, it was also super strong. This is also the characteristic of China’s corresponding work with the world COVID-19, and its rapid economic and social recovery and good development.

1. World car sales over the years

The world car sales in the above table are mainly the sales of 70 countries, and there are about 90 million vehicles in these 70 core countries in 2019, which can basically track the monthly sales.

There are 100 other countries that can only track annual sales, with a total of about 3 million units in 2019. Compared with the core countries with 90 million units, the total amount of these smaller countries is about 3%, which has little impact.

From the world sales represented by the major countries, the world car sales in 2018 decreased by 1%. For the first time since 2010, it fell into annual negative growth. In 2019, the number of vehicles sold was 89.81 million, a year-on-year decrease of 4%. Slightly worse than the decline in 2008. From January to December in 2020, the sales volume will drop by 13%.

2. China’s sales return to leading position from January to December

China’s automobile market has great influence on the world automobile market. In 2018, China’s automobile industry will account for 30% of the world, and in 2019, it will drop to 29%, but it still has an absolute advantage. But it will rise to 32% in 2020, and China’s share will be surpassed by Europe in the first quarter of this year. In the second quarter, China’s share rose sharply and reached a new high, while the trend in the third quarter and October December was relatively stable.

In 2020, after the sharp decline of China’s auto market in February, there will be a rapid reversal in March, with strong characteristics from April to December.

Due to Christmas, the trend of American automobile sales is relatively strong in December and relatively weak in January. Generally, the overall trend is not strong from September to December, but it is obvious from August to December this year.

In the US market in 2019, the sales trend is relatively strong in March, may and December, compared with the trend over the years.

From March 2020, the U.S. market has experienced a huge decline. In April, the U.S. market bottomed out, and the recovery rate from May to October gradually exceeded expectations. In December.

The overall trend of Japanese auto market is stable, and the trend in the second half of this year is also stronger than that in the same period of history.

The overall trend of German car market is stable, and the trend in the second half of this year is also stronger than that in the same period of history.

The distribution of major international automobile groups is different all over the world. Volkswagen Group is relatively strong in China and Europe, but relatively weak in the southern hemisphere of North America and other Asian countries. Toyota and other enterprises perform better in China, with the smallest decline.

Toyota group’s performance is relatively strong, and its share in the world has reached about 18.5% in 2020, but Volkswagen’s performance also continues to rise.

It is estimated that SMIC's global market share will still reach 4.2% in 2021 From TrendForce 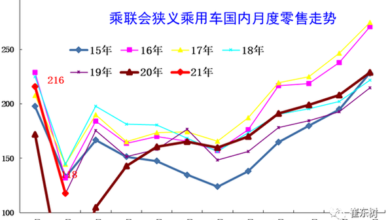 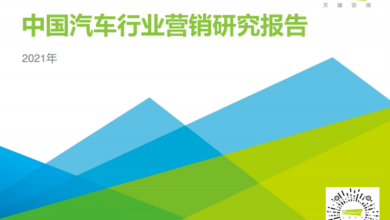 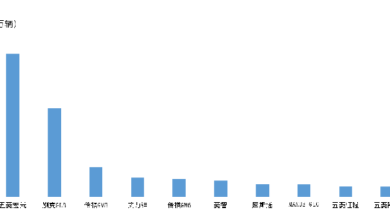 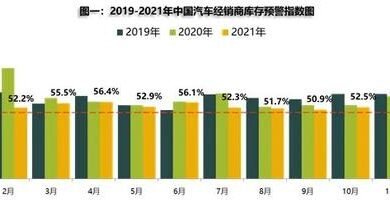 In October 2021, the inventory warning index of auto dealers was 52.5% From China Automobile Circulation Association