The following is the From January to November 2020, China’s production of new energy vehicles completed 1.119 million, down 0.1% year on year From China Automobile Association recommended by recordtrend.com. And this article belongs to the classification: Automobile industry.

After experiencing the impact of the epidemic, new energy vehicles will enter the recovery period of production and marketing in the second half of 2020. According to the data of CAAC, from January to November, the domestic production of new energy vehicles was 1119000, a year-on-year decrease of 0.1%. The decline rate was 9.1 percentage points lower than that from January to October, and the sales of 1.109 million vehicles were completed, with a year-on-year increase of 3.9%. Compared with January October, the growth rate has changed from negative to positive. In terms of policy, the implementation period of the financial subsidy policy for the promotion and application of new energy vehicles has been extended to the end of 2022. In principle, the subsidy standards in 2020-2022 will be reduced by 10%, 20% and 30% respectively on the basis of the previous year.

For the 2021 new energy vehicle market under the influence of policy decline and market driven, many industry experts in an interview with the financial association think that the sales volume of new energy vehicles will reach 2 million next year; the concentration pattern of giants will be maintained in the short term; ternary lithium battery will be the mainstream of technology, and the mass production of “high nickel and low cobalt” ternary lithium battery will be accelerated next year.

Many industry insiders are optimistic about the sales of new energy vehicles next year. New models, especially middle end models, will continue to be launched. At present, the polarization between high-end models represented by Tesla and low-cost models represented by Wuling Hongguang will be changed, and the market will develop from dumbbell shaped to olive shaped. Bailing research partner Yang Yu predicted to the financial press: “there will be a volume of nearly 2 million next year.”

At the beginning of the development of new energy vehicles, the cost of batteries is relatively high. However, for the consideration of national energy security, energy conservation and environmental protection, the use of policy subsidies has become a timely policy. With the improvement of research and development level, the battery cost has dropped from about 1800-2000 yuan in 2014 to 900 yuan per kilowatt hour this year. Yang Yu believes that “in the long run, the cost will be reduced to US $100 by 2025, about 600 yuan per kilowatt hour, and it is reasonable for subsidies to decline in the case of cost reduction.”

Cui Dongshu, Secretary General of chenglian Association, said in an interview with CFA reporter that since July last year, subsidies have been reduced to a very low level, local subsidies have been fully withdrawn, and the state subsidies are only about 25000 yuan. Generally speaking, it has little impact on the purchase. “From the second half of last year to the first half of this year, it belongs to the market adjustment stage, and enters the high growth period of the market in the second half of this year.”

Yu Hang, manager of YONGYING fund, also told the Financial Association: “in the second half of 2020, a number of domestic Tesla models have accounted for a relatively large proportion of the overall sales volume, which shows that the market-oriented drive has come, more models will be launched next year, and the market-oriented growth will continue.”

Battery: giant concentration pattern may remain in the near future

When the policy subsidies have not yet declined, due to the high energy density of lithium ternary battery, although the price is high, the subsidy is also large, which to a certain extent suppresses the demand for lithium iron phosphate battery. In the post subsidy era, the demand for LiFePO4 will return to a reasonable level under the condition of considering the cost factor.

However, considering the low energy density of lithium iron phosphate battery and the decrease of the cost of lithium ternary battery, ternary lithium battery will be the mainstream in the future. In Cui Dongshu’s opinion, the recovery of lithium iron phosphate battery is just a reflection, and there is no great potential. The high-tech lithium-ion battery is an inevitable development trend. “This year, lithium iron phosphate is used more, mainly to prepare for the low cost of marketization. As the cost of ternary lithium-ion battery drops, the main manufacturers will transfer their products to the past. Those battery manufacturers with poorer performance may not Too good, and then the industry into a more centralized and differentiated state. “

In the short term, as the development cycle of vehicle models is mostly about two years, the pattern of centralized battery market leaders may continue. Yang Yu believes: “in the short term, it is Ningde times, LG Chemical, Samsung and sk. LG Chemical has more goods in Europe than SK in the United States. BYD will gradually gain more market share in the future. Some domestic second tier enterprises, such as xinwanda, Yiwei lithium energy, GuoXuan high tech, honeycomb energy and Funeng technology, are going up, but only these enterprises may be left in the end Because in the end, there are factors such as scale, technical cost and customers. “

Prediction: mass production of “high nickel and low cobalt” battery will be accelerated

In Cui Dongshu’s opinion, cobalt resources are relatively scarce in the world at present, and the battery will face upstream resource constraints. The cost can be reduced by high nickel and low cobalt, and the resources can be controlled. This is the trend of sustainable development of the industry. Yu Hang also agreed that high nickel and low cobalt content is conducive to battery technology progress and energy density improvement, while reducing cobalt content is conducive to maintaining the stability of the supply chain, and this direction will continue to advance.

According to the public materials, Ningde times is planning to invest 5 billion US dollars in Indonesia to build a lithium battery factory. The agreement requires Ningde era to ensure that 60% of nickel is processed into batteries in Indonesia. Tesla also announced that it will change to a “nickel” model, believing that the maximum use of nickel will reduce the price by 50%, while in energy intensive vehicles, Tesla will use 100% nickel; LG Chemical will use 100% nickel today In August, 2007, it announced that the super Ni Co Mn Al NCMA battery developed jointly with general motors is expected to achieve mass production next year; ski also announced the successful commercialization of the world’s first ncm9 / 0.5/0.5 battery with 90% nickel content in the same period.

In the next two years, a large number of joint ventures will enter the new energy vehicle market. Automobile enterprises and other enterprises in Europe and the United States are also accelerating their entry into the field of batteries or battery materials, hoping to make breakthroughs in the field of batteries. Cui Dongshu believes that with the rapid rise of Europe in the future, Japan will attach importance to new energy and batteries, and the competition will be relatively fierce. More players will participate in the improvement of battery technology, and high nickel and low cobalt have potential to make breakthroughs. “At present, batteries are mainly 523 and 622, but 811 or higher level batteries are still in the stage of large-scale mass production, and next year’s mass production will be carried out It will speed up. “.

From January to November 2020, Volkswagen Passat fell to the eighth place in the sales list of medium-sized cars

In 2020, the global box office is only 20% of that of last year From Beijing Film Academy 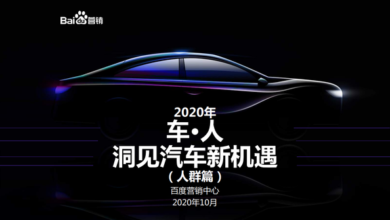 Research on Baidu auto industry in 2020 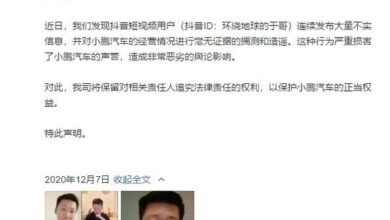 The operation cost of Xiaopeng automobile’s Q3 financial report in 2020 is flawed, and the official response will be investigated for legal responsibility

In November 2020, Vietnam imported more than 1200 vehicles from China From Vietnam General Administration of Customs 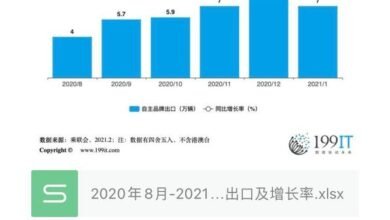