The following is the “Heavyweight car” not to be missed 2021 Shanghai Auto Show From Prospect of Auto Show recommended by recordtrend.com. And this article belongs to the classification: Automobile industry.

Recently, the Shanghai auto show is about to open. By that time, more than 100 new cars will be exhibited in Shanghai. At the same time, many car enthusiasts and car manufacturers will be active. Automobile manufacturers have begun to show pictures, appear on the market and take a series of warm-up actions. They all want to catch up with the hot express of Mordor auto show and shine in the automobile market.

Today, let’s take stock of the heavyweight cars that are most expected in the 2021 Shanghai auto show!

As the first model of SAIC Audi, Audi a7l, in order to adapt to China’s consumer market, the new car has made a “big transformation” from the exposure picture.

The appearance of the new Peugeot 308 adopts the latest family style design language. The front face is flat and flat, and the middle net is narrow and long. The LED day light continues to adopt the tusk style design, but the corner is more sharp and radical. At the same time, it is matched with the chrome plated dot matrix structure, which is very powerful. The large-size smoked five spoke wheel rim is adopted in the tire, which is quite sedan style. It not only improves the appearance of the whole car, but also meets the aesthetic needs of young consumers. It is reported that in terms of power, the new Peugeot 308 provides a very rich choice: pure fuel version and plug-in hybrid version.

It is worth mentioning that the brand-new Peugeot 308 also adopted the brand-new logo of Peugeot for the first time: giving up Li Shi and returning to shield lion head. It can be seen from the interior diagram that the new car is equipped with a full LCD instrument panel, a dual spoke multi-function steering wheel, a multimedia touch screen with central control suspension design, and a button type electronic gear shift mechanism, so it has a strong sense of science and technology. Of course, the logo above all changed into a fierce big lion head pattern.

Mercedes Benz C-class: it’s said that this is the right way to open the extended version

On the front face, the new trapezoidal front air grille is more radical than the current model, the area is further increased, and the horizontal visual feeling is more obvious. The internal chrome plated decorative strip still maintains the consistent single banner of grade C + the all sky star design with three trigeminal star elements. The rear of the car is still pressed down, reducing the visual center of gravity, and the sense of stability is reflected.

The interior style adheres to the concept of “new luxury 2.0” sports aesthetics and is equipped with a number of luxury devices. The waterfall type central touch screen extends longitudinally from the center console to become the protagonist of the brand-new interior, and creates a surrounding cockpit space together with large area wood grain instruments.

Honda Civic: the evergreen of compact car is upgraded

The length, width and height of the new car are 4674 / 1802 / 1415mm respectively, and the wheelbase is 2735mm. Compared with the current model, the size and width have increased, but the height has decreased slightly.

From the declaration information chart, the new civic car side gives up the obvious slip back style. The combination of the front smoked LED headlamp and grille has a high degree of recognition, more atmosphere and durability, presenting a more traditional three compartment car model. At the same time, civic’s iconic “C-shaped” taillight has also been canceled, and a more traditional taillight model has been adopted instead. But the most exciting thing for the fans is that the new civic will cancel the 1.0T in-line three cylinder engine, increase the horsepower from 177 to 182, and provide two power options: l15c7 1.5L self-priming engine and l15c8 1.5T turbocharged engine, with the maximum power of 95kw (129ps) and 134kw (182ps) respectively.

The new car style, compared with the previous models, is more mature and stable in design style, and tends to be more market-oriented, which may also be one of Honda’s performances in adapting to the market.

The new car is improved on the basis of the ordinary version. When it is replaced with a larger honeycomb grille, the visual impact is particularly prominent. The GTI logo beside the Volkswagen logo is quite eye-catching. It will choose a more sporty five frame rim design, and the rear of the car adopts a black surround and two-sided double outlet exhaust shape. The red brake calipers and the visible “GTI” logo all over the car also better embellish its sports atmosphere.

It is reported that the body dimensions are: length 4396mm, width 1788mm, height 1471mm, wheelbase 2631mm. In terms of power, it will continue to be equipped with EA888 series 2.0T turbocharged engine, and the transmission system is matched with 7-speed wet dual clutch transmission.

As we all know, Mondeo is a very classic model of Ford. Its elegant temperament and sports gene have been sought after by many people. The launch of this new car is also expected.

The new Mondeo EVOS adopts a new design language, which is no longer confined to the design of the old medium-sized car in the overall design. The overall posture is high, but it avoids the bulkiness of the SUV. Polygonal front grille with split headlamp group, Fusion Modeling brings strong sports atmosphere.

Its side line is very slender, the whole body contour features are very prominent, black rims and red sports calipers with very eye-catching. And its tail is like a combination of sedan and station wagon, which looks very chic.

It is reported that the new car will be equipped with a 2.5t hybrid power system and a 2.0L maximum power output.

Different from the black, white, blue and red of other small steel guns, linker 02 hatchback has a brand-new color matching of orange car paint with a strong sense of movement, which is the first to win. At the same time, with the lower body height, wide body movement surrounding and bilateral exhaust modeling design, it creates a more dynamic hatchback performance steel gun posture, and carries the Guochao performance car to the end. The new car further reduces the distance between the tire and the wheel arch by 35mm, and increases the tire to 680mm. The final effect is that the proportion is extremely close to the wide body low prone posture and strong sense of movement of the car. In terms of appearance and speed, the effect has been improved.

It’s hard to ignore that the new car’s positioning performance steel gun, which adopts a more direct and efficient form of front wheel drive, will be equipped with a powerful powertrain of t52.0td turbocharged engine + Aisin 8-speed automatic transmission. The powerful power take-off combined with the ejection starting function of the link 02 hatchback brings the leading 6.2 second 100 km acceleration performance of the same performance steel gun.

Skoda sharp Pro: it’s worth looking at with new eyes

As a subordinate brand of Volkswagen, Skoda has achieved mediocre results in China. The appearance and interior design are mature and conservative, so it is difficult for young consumers to like them. However, the new Skoda Mingrui Pro is well aware of this problem and completely changes its face. It not only uses the latest generation of design language, but also adds RS sports kit to the high configuration model, which makes the overall visual effect more powerful

. The space of the new car has been significantly improved: the length, width and height are 4753 × 1832 × 1469mm and the wheelbase is 2730mm. At the same time, the hatchback tail door is also in the upgrading process, so it’s very convenient to get things everyday. The materials used in the car are mostly soft plastic lining materials rather than hard plastic. The areas that you can easily touch are even wrapped with leather. Compared with the old model, the new model has achieved a qualitative leap in the sense of quality.

It will be powered by a 1.5L three cylinder engine with a maximum horsepower of 122 HP and a peak torque of 152nm. The transmission system is equipped with a 6-speed manual automatic transmission.

A few days ago, Dongfeng Citroen officially released a new model, c5x, with the Chinese name of “Versailles”, which will land in the Chinese market in the second half of the year.

In terms of appearance, the new Citroen c5x has a special shape. It looks a bit like an SUV, a bit like a car, and a bit like a station wagon. In short, it is a combination of SUV, car and station wagon. The front face adopts the family style design language, the split type headlamp and the through type chrome grille are connected as a whole, the direction of the end is highlighted by the LED daily light band, and the tail of the car is designed with a slightly upturned duckling tail.

The overall shape is sharp, and the visual impact effect is strong. The new car is expected to be equipped with a 1.6T turbocharged engine code named ep6, with 180ps and 225ps power versions. As for the power of overseas 1.5T diesel turbocharged engine, it may not appear in China.

At present, there are six days to go before the opening of 2021 Shanghai auto show. The major brands are about to usher in an opportunity to show the strength of their auto industry to the world. At the same time, the fans are also about to usher in a rare visual feast. Please look forward to the details.

Quality Tourism Report for young people in 2021 From Hornet's nest

In April 2022, the automobile consumption index was 71.8 From China Automobile Circulation Association

The sales volume of automobile industry in March 2021 is estimated to be 2.38 million, with a year-on-year growth of 66.8% From China Automobile Association 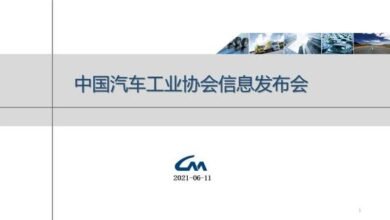