The following is the It is estimated that the sales volume of domestic automobile market will reach 25 million in 2020 From China Automobile Industry Association recommended by recordtrend.com. And this article belongs to the classification: Automobile industry.

From – 20% to – 2%, the domestic auto market is expected to “soft land” this year. On December 11, the China Automobile Industry Association (hereinafter referred to as “CAAC”) released data showing that in the first 11 months of this year, the cumulative decline in domestic automobile production and sales narrowed to less than 3%. In the face of the continuous improvement of the epidemic prevention and control situation and the stimulation of favorable policies to open the “catch-up” mode of automobile sales, the auto industry association of China (CAAC) once again returns to the judgment at the beginning of the year for this year’s auto market sales volume, and it is expected that the decline rate of production and sales is expected to narrow to less than 2%. This means that the domestic car market will end in a “tail end”.

The situation of epidemic prevention and control continued to improve, as well as the release of consumer demand, the domestic car market continued to warm up. According to the data, in November this year, the domestic automobile production and sales volume were 2.847 million and 2.77 million respectively, with a month on month increase of 11.5% and 7.6%, and a year-on-year growth of 9.6% and 12.6%.

Fu Bingfeng, executive vice president and Secretary General of the China Automobile Association, said: “the excellent performance of the domestic passenger car market this year is mainly due to a series of policies issued by the national and local governments to promote automobile consumption, including increasing the index of passenger cars and subsidizing the replacement of old cars with new ones. In addition, various forms of promotion activities launched by various localities have better released the demand of the automobile market It plays a positive role in promoting the recovery of automobile market. The growth of commercial vehicle market sales is due to the demand dividend brought by the “new infrastructure” and the old vehicle elimination policy. “

Chen Shihua, Deputy Secretary General of the China Automobile Association, said that in the first 11 months of this year, the cumulative decline in the domestic car market has narrowed to less than 3%. The current sales situation is better than the previous forecast, and the annual sales volume is expected to exceed 25 million vehicles. “With the continuous improvement of the domestic economic environment and the promotion of consumption policies, market demand will continue to recover.” He said.

Under the background of the overall recovery of the automobile market, the sales of new energy vehicles which had fallen behind before became the main force of recovery. According to the data, in November this year, domestic production and sales of new energy vehicles continued to maintain rapid growth, reaching 198000 and 200000 respectively, with a month on month increase of 17.5% and 24.1%, and a year-on-year growth of 75.1% and 104.9%. From the perspective of model segmentation, in November this year, the production and sales of pure electric vehicles were 164000 and 167000 respectively, with a year-on-year growth of 66.2% and 100.5%; the production and sales of plug-in hybrid electric vehicles reached 33000, with a year-on-year increase of 136.4% and 128.9%.

In fact, from last year’s subsidy decline to the first half of this year, domestic new energy vehicle sales continued to decline, prompting car companies to make strategic adjustments. In July this year, the Ministry of industry and information technology and other three ministries and commissions jointly issued the notice on carrying out new energy vehicles to the countryside. From July to December this year, many rural activities were organized in many places. “The launch of new energy vehicles to the countryside this year has enabled enterprises to pay attention to the rural market while laying out the high-end market,” said the relevant person in charge of the China Automobile Association

Industry insiders said that with the continuous promotion of new energy vehicles going to the countryside, the sales of low-cost models have increased significantly. In addition to the hot sales in the low-end market to boost the recovery of the new energy vehicle market, the pressure of the double point policy forced the car companies to sprint the sales of new energy vehicles. It is worth noting that Bai Hua, a second-class researcher from the automobile development department of the first division of equipment industry of the Ministry of industry and information technology, has disclosed that in the near future, it will organize and implement the “action plan for promoting the electrification of vehicles in the public sphere”, carry out a new round of automobile going to the countryside, and continue to promote new energy vehicles to the countryside and guide users to consume.

Driven by the favorable policies, Chen Shihua said that the domestic sales of new energy vehicles in December 2018 was 225000, the highest sales record in a single month, and it is expected to break the record in December this year. “Judging from the current situation, the sales of new energy vehicles in December this year should still be at the level of 200000 vehicles, which is expected to break through the best performance in a single month in history.” He said.

In the face of huge incremental space, both independent and foreign brands are speeding up the distribution of new energy products in China. Among them, Volkswagen, which accounts for half of the sales in the domestic auto market, officially released its first pure electric vehicle id.4 this year. As a pure electric ID of Volkswagen. The first product of the family to be introduced into the Chinese market, the arrival of id.4 means that the Volkswagen brand has taken the “first step” of electrification in the world’s largest new energy vehicle market. According to the public’s plan, eight ID models will be introduced in China in 2023. Family model.

In addition to Volkswagen, BMW, Mercedes Benz and Audi have also launched pure electric vehicles in China. According to the relevant person in charge of BMW, China will be the main production base of BMW’s new energy vehicles in the future, and domestic models will be exported to the world in the future.

Facing the strategy of speeding up the new energy vehicles by foreign brands, and the independent brands that have been deeply cultivated in the new energy vehicle market for many years, they began to choose the “upper attack” to seek a breakthrough. Among them, Dongfeng Group launched the high-end electric vehicle brand “lantu” and made its debut in the near future. At the same time, SAIC and Alibaba launched a new new energy brand Zhiji automobile, which received 10 billion yuan of financing in the initial stage, becoming another new platform to announce the impact on high-end electric vehicle manufacturing.

Yan Jinghui, an expert in the automobile industry, said that under the situation of joint ventures and foreign brands entering the domestic new energy vehicle market with high profile, the independent brands with multi layout of medium and low-end models also began to choose to look for breakthroughs.

According to the data, in the first 11 months of this year, the sales volume of the top ten domestic automobile sales groups totaled 2012.1 million vehicles, a year-on-year decrease of 3.3%, accounting for 89.5% of the total automobile sales, with a year-on-year decrease of 0.4%. Chen Shihua said that China’s brands are under great pressure, and one of the reasons for the decline in market share is that they are occupied by new domestic car makers and new energy vehicle companies such as Tesla. 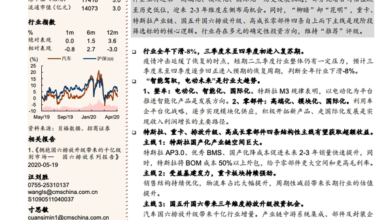 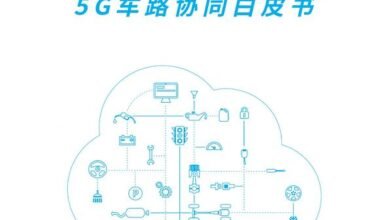 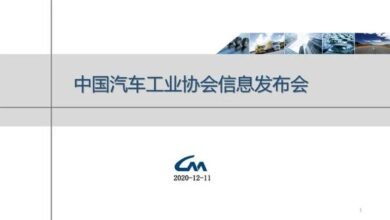 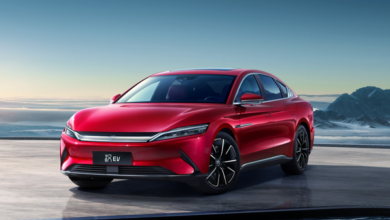 In 2020, the market value of global automobile enterprises ranked Weilai into the top ten in the world