The following is the It is predicted that air travel demand will not recover completely until 2024-2025 From Cirium recommended by recordtrend.com. And this article belongs to the classification: Aviation Data.

According to ascend by cirium, the demand for air travel from passengers may stagnate in 2021 and will not return to the level of 2019 until 2024 or 2025.

Novel coronavirus pneumonia, a senior consultant of Ascend by Cirium, held in November 18, 2020 to discuss the industry’s 2021 plan for the 2021 webinar seminar. According to the Ascend by Cirium benchmark scenario, “the next six months’ traffic and activities will stagnate”, and with the help of the new crown vaccine, the recovery will begin next summer.

Close international cooperation in vaccine launch and testing can accelerate the recovery, but this is unlikely to happen.

This forecast is consistent with the forecast of IATA, that is, air travel will be below the level of 2019 by 2024.

Cirium believes that the rebound in domestic and leisure travel will be the first market segments to show sustained recovery. At present, several markets have seen such a situation, followed by international passengers and corporate passengers.

For example, in terms of revenue per kilometer (RPK), China’s domestic travel has exceeded the level of 2019, while international travel to and from China is still 20% lower than last year. The current situation also means that not all airlines will recover at the same speed. For example, some airlines are more affected by the crisis than others.

According to monthly traffic data, the number of passengers of network Airlines (especially those based on international transfer, such as Cathay Pacific or Singapore Airlines) has decreased more than that of low-cost airlines, “especially compared with low-cost airlines in the domestic market,” Evans said

He cites the example of wizz air, a low-cost airline, whose traffic rebounded strongly in August to just a 40% drop, thanks to travel between countries within Europe, which is similar to the function of the domestic market. Although the revenue passenger kilometer (RPK) of Witz Airlines has dropped after the surge of cases in Europe, it is still far higher than the traditional airlines in the European continent.

“Witz and Ryanair are still doing much better in volume than British Airways or other European aviation giants,” Evans said According to the Airline Timetable, we can see that with the development of the situation in 2020, each airline’s expectation of recovery has changed.

At the end of August, many expected December 2020 traffic to fall by about 40% from last year, “but with the end of September and October, we found that the recovery did stagnate.” For this reason, even though the current December flight schedule shows an increase in passenger numbers, Evans warned, “don’t be surprised if that’s not the case.”.

According to the data of available seat kilometer (ask) in the global market in November, the whole market has declined since autumn and winter, including some domestic markets.

“It is also the domestic market that has recovered, while the international market has fallen by 50% or more, and most of them have even fallen by 70-80%,” Evans said This shows that the situation has deteriorated seriously since the summer.

Data on the number of aircraft in stock confirm that the emerging recovery has stalled.

It is expected that the data in November will show a similar level of Aircraft Inventory after full accounting. “Fundamentally, the situation has stabilized and there will still be about 6500 single aisle and dual aisle aircraft in stock by the end of December,” Evans said

As far as wide body aircraft is concerned, the data shows that its utilization rate is lower, with 2080 wide body aircraft flying on November 13, compared with 4000 at the beginning of 2020. Despite the slow and steady growth in their use, Evans attributed this to the fact that jets, which will be classified as airliners, are used to transport cargo.

In terms of cargo aircraft, “the number of aircraft flying now is more than that in early 2020, and the flight time is longer”, because the industry is accelerating to make up for the loss of abdominal cabin capacity of passenger aircraft.

The airliners in use tend to be new models with higher fuel efficiency, rather than older ones, but even taking this into account, for example, the utilization rate of a320neo has decreased by 40% in unit terms compared with 2019.

Similarly, the widebody aircraft that are most used are the newer ones and the ones with larger abdominal cargo capacity, such as Boeing 787 and 777-300ER and Airbus A350. In contrast, the utilization rates of Airbus A380 and Boeing 747 are at least 95% lower than last year. More reading: British Airways: 73% of passengers want to complete entry and visa procedures by themselves on the plane International Air Transport Association (IATA): air travel statistics in July 2015 China’s novel coronavirus pneumonia outbreaks slowed down to Cirium:2020 after May. The cancellation rate of China’s scheduled flights dropped to 23%Cirium in May. The impact of the new crown pneumonia epidemic on business aviation was gradually revealed: Cirium: prepare for the second wave of aircraft lease extension: Cirium: the domestic aviation market in the Asia Pacific region is expected to resume in July, the report said: 23%Cirium

From remote to hybrid From The future of work 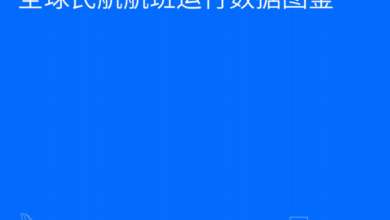 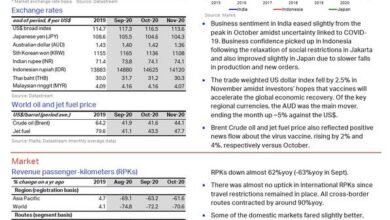 It is estimated that the number of passengers in the Middle East in 2020 is about 60million, which is far lower than 203million in 2019 From IATA