The following is the Data review of three operators in November 2020 From C114 recommended by recordtrend.com. And this article belongs to the classification: China Unicom.

It is cold at the end of the year. This winter, it seems that the three major operators are having a hard time. Recently, the main operating data of the three major operators in November were released. Data shows that in the past month, the operation of operators began to enter a “trough”. The number of mobile users and 4G users of China Mobile is negative, while the number of broadband users of China Telecom is declining sharply. China Unicom’s mobile users and broadband users are in a slump.

This may be due to China Mobile’s rapid expansion and application of network scale. At the 2020 China Mobile global partners conference, China Mobile chairman Yang Jie said that China Mobile has opened 385000 5g base stations, providing 5g SA services in all prefecture level cities and some key counties.

In contrast, China Telecom’s performance in November was regular, with progress and shortcomings. Mobile users continue to grow, but the number of new broadband users declines. Compared with October, the number of 5g package users has increased, but the growth rate of 5g package is slightly less than that of China Mobile.

In 2020, the most annoying word for the American people is "whatever" for 12 consecutive years From A study of Marist's public opinion 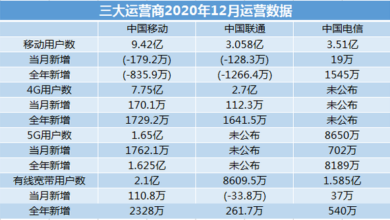 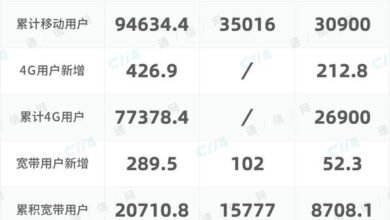 Analysis of operation data of three major operators in October 2020

About Site
RecordTrend.com is a website that focuses on fintech, network marketing and customer research. We are responsible for collecting the latest research data, authority data, industry research and analysis reports. We are committed to becoming a data and report sharing platform for professionals and decision makers. You can get and download fresh research reports with us.
Most Viewed Reports
Most Viewed Fintech Briefing
Categories
Facebook Twitter WhatsApp Telegram
Back to top button
Close
Archives
Categories
Meta
Close
Log In