The following is the Ali is the most popular in the list From Hurun China Professional Manager list recommended by recordtrend.com. And this article belongs to the classification: Chinese economy.

Fang Hongbo, 53, chairman of Midea, tied for the eighth place with a fortune of 11 billion yuan

Among the 11 women, haitianwei yexue, Haidilao Yang Lijuan and Ali Tong Wenhong ranked in the top 10

Dong Mingzhu, 66, chairman of Gree, ranked 31st with a fortune of 5.9 billion yuan

Yang Yuanqing, 56, chairman of Lenovo Group, and Liu Qing, 42, President of didi travel, both ranked 47th with a fortune of 4 billion yuan

From 24 companies. Seven companies have more than one professional manager on the list. Ali was the largest, followed by Haitian, Haidilao and Yili

Hangzhou and Beijing accounted for 60% of the list with 18 and 11 people, and Foshan ranked third with 7 people

——Looking for the most successful “working emperor” in China

China has 900 million people of working age between 16 and 59 years old. The threshold for Hurun China’s professional manager list this year is 4 billion yuan. 11 women. The average age is 50 years old and has worked in the current company for an average of 17 years.

Hurun, chairman and chief research officer of Hurun Baifu, said: “our list is mainly for professional managers and enterprise leaders in China. We hope that professional managers can understand that creating value for enterprises can bring wealth for themselves, and enterprise leaders can understand that doing a good job in enterprise incentive mechanism can create greater value for enterprises. The 50 most successful “migrant workers” on our list come from 24 enterprises, all of which are listed in the top 500 of Hurun China, and 11 of them are listed in the top 500 of Hurun world. If the enterprise incentive mechanism is not well done, excellent employees may start their own businesses or even become the richest man, as Xu Jiayin did in those years, instead of becoming the boss. “

“From our list of professional managers, we can find several ways to success. The more common way is to directly enter an early entrepreneurial team after graduation, and follow the team step by step, such as Yang Lijuan of Haidilao; or first go to a mature Fortune 500 enterprise to accumulate experience, and then join a fast-growing enterprise when appropriate, such as Zhang Yong of Alibaba.”

“In our professional manager list, we must rely on equity value, not just income, so it is almost impossible for high-income gold collar to be on the list.”

“Chinese female professional managers are very successful. One fifth of the top 50 Chinese professional managers are women, which is higher than the 15% proportion of self-made female entrepreneurs in Hurun’s 100 rich list, including Cheng Xue, who is the first in Haitian food industry, and the other two in the top 10: Yang Lijuan from Haidilao and Tong Wenhong from alixi.”

“There should be some successful professional managers in China who can’t be known because they don’t have public information. For example, Tencent, Ali, Ping’an, meituan, pinduoduo, Huawei and other top companies in Hurun China’s top 500 companies can be listed as long as they hold one to two thousandths of the shares of these companies.” Hurun added.

The threshold of the top ten is 10.5 billion yuan. The youngest is Yang Lijuan, 42, from Haidilao.

Cheng Xue, 50, has become “the richest professional manager in China” with a fortune of 65 billion yuan. Her wealth has doubled, ranking in the top 100 of last year’s Hurun 100 rich list. Cheng Xue is the second leader of Haitian flavor industry. From 1997 to 2010, she successively served as the planning director, vice president and director of the company, and now is the vice chairman and executive vice president of the company.

Liu Chiping, 47, ranked second with 29 billion yuan. His wealth increased by 12 billion yuan, ranking in the top 200 of last year’s Hurun 100 rich list. Liu Chiping joined Tencent in 2005 as the company’s chief strategic investment officer, responsible for the company’s strategy, investment, M & A and investor relations. He is now the executive director and President of Tencent. After Liu Chiping joined Tencent, Tencent has developed rapidly in the fields of games, portals and Internet value-added services, making it the golden five years of Tencent.

Jing Xiandong, 48, ranked third with 17.5 billion yuan. His wealth has increased nearly five times, ranking in the top 500 of last year’s Hurun 100 rich list. Jing joined Alibaba in 2007 and held several senior management positions. In 2016, he served as the CEO of ant financial services. In 2018, he served as chairman and CEO of ant financial services. Currently, he is chairman of ant group, director and partner of Alibaba group.

Shao Xiaofeng, 55, ranked fifth with 13.5 billion yuan. His wealth increased by 9 billion yuan, ranking in the top 500 of last year’s Hurun 100 rich list. Shao Xiaofeng joined Alibaba in 2005 as director of the group’s network security department. In 2010, he was transferred to the group secretary general. Before joining Alibaba, Shao Xiaofeng was engaged in criminal investigation in Hangzhou Public Security Bureau.

Yang Lijuan, 42, ranked seventh with 12.5 billion yuan, the second woman in the top 10. Wealth increased by 5 billion, ranking in the top 500 of Hurun’s 100 rich list last year. Yang Lijuan took office in Haidilao in 1994. She started as the most ordinary waiter and became a foreman and lobby manager. She was promoted almost every six months. In 1998, Yang Lijuan took over Jianyang Haidilao’s first old store and became the store manager. In 1999, Yang Lijuan fished the sea into Xi’an. Since 2012, Yang Lijuan has been in charge of all the stores of Haidilao. Since that year, Haidilao has gone abroad, opened its first overseas store in Singapore, and entered the United States in 2013. She is one of the few executives outside the four founders of Haidilao.

Zhang Yong, 48, tied for the eighth place with 11 billion yuan. His wealth increased by more than 6 billion yuan, ranking in the top 600 of last year’s Hurun 100 rich list. Zhang Yong’s first job was at Andersen, one of the world’s five largest accounting firms. In 2007, he joined Alibaba and served as the chief financial officer of Taobao. He participated in the design of Taobao’s business model and helped Taobao make profits at the end of 2009. In 2008, Zhang Yong also served as chief operating officer of Taobao and general manager of Taobao Mall. Under the leadership of Zhang Yong, the B2C business Taobao Mall has developed rapidly and become one of Alibaba’s most important businesses. After tmall became an independent business in 2011, Zhang Yong became the president.

Tong Wenhong, 50, ranked 10th with 10.5 billion yuan. She is the third female in the top 10. Wealth increased by more than 6 billion, ranking in the top 600 of last year’s Hurun 100 rich list. Tong Wenhong entered Alibaba in 2000, first as a receptionist, and then successively served as the group’s administrative, customer service, human resources and other department management. Now she is Alibaba’s chief human officer and chairman of rookie network, known as Alibaba’s “most inspirational” partner.

Wu Zhenxing, 51, tied for 10th place with 10.5 billion yuan. Wu Zhenxing entered the Hurun 100 rich list for the first time, ranking in the top 600. Working in Haitian since 1998, Wu Zhenxing has been mainly responsible for the marketing of Haitian since he was the director of marketing office. He has been the vice president of the group since 2015.

Top 5 companies with the largest number on the list

The top 50 professional managers are distributed in 13 cities across the country. Hangzhou and Beijing accounted for 60% of the list with 18 and 11 people, and Foshan ranked third with 7 people. “Of the 18 people in Hangzhou, 16 are from Alibaba and two are from tonghuashun,” Hurun said. Of the seven people in Foshan, six are from Haitian and one is from Midea. “ 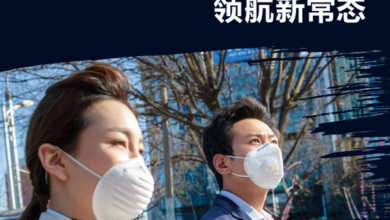 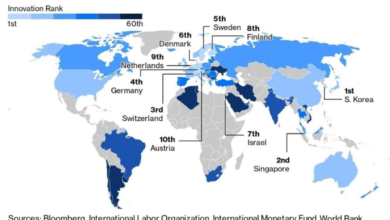 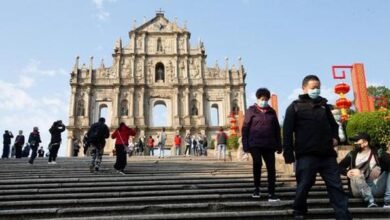 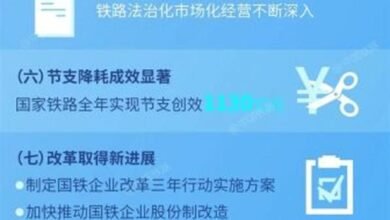