The following is the International Comparative Study on advanced manufacturing industry between China and Japan From Nomura recommended by recordtrend.com. And this article belongs to the classification: global economy , Securities report.

Combined with the fact that the birth rate of China in 2019 is close to that of Japan in the late 1980s (1989: 10.2 ‰), we believe that the overall population structure of China is similar to that of Japan in the early 1990s. Following the report “Revelation from South Korea and Taiwan: industrial upgrading of East Asian model”, we further analyze the underlying logic behind the industrial upgrading and transfer between China and Japan from the perspective of demographic change, and explore the trend of labor structure change and artificial substitution, looking for bull stocks that can go through the cycle.

The topics and main contents of the report include:

Prospect of industrial automation and service robots in China and Japan

Analysis on the stock price of 22 representative companies in Japanese automobile, passive components, semiconductor, automation and other industries

AB Japanese Le Edition_ S-made u-made m-made Ma has made y-made production transfer, and Asia is the main transfer area. We refer to and collate the data from the Japanese government and other statistical institutions, and find that Japan’s industrial transfer wave mainly started in the late 1980s to the 1990s, and its industrial transfer center is located in Asia. In terms of the composition of enterprises, the manufacturing industry accounts for about 50%, among which electrical machinery (passive components, etc.), transportation machinery (automobile industry, etc.) and general machinery enterprises are the main ones. In recent years, the proportion of transportation machinery continues to expand. Japan’s industrial transfer is closely related to the prosperity of related industries in the target countries (such as China, ASEAN, etc.). Judging from the current capacity layout of leading enterprises in related industries (such as Murata and fanako), although a large number of factories have been set up overseas, the capacity of high-end products or core components still remains in Japan, and the overseas capacity is mainly medium and low-end products or assembly plants.

The reasons for industrial transfer are complex, and aging is only one of them. We have analyzed the data provided by various agencies, and found that the reasons for Japanese industrial transfer are complex. These are the choices made by relevant enterprises to enhance competitiveness under the combined influence of domestic economic fluctuations (bubble burst, unemployment rate rising), changes in the international situation (sustained trade surplus, yen appreciation, etc.) and the structural changes of labor force (including aging effects). According to a survey conducted by the Ministry of economy and industry of Japan on the motives of Japanese enterprises to invest overseas, the main motives of Japanese enterprises to transfer production capacity in Asia are to reduce costs and expand local sales.

Industrial upgrading may be the main cause of industrial transfer in China. Since the 1980s, China’s foreign direct investment has increased significantly. In the 1990s, China’s foreign direct investment has surpassed that of Southeast Asia, and the proportion of manufacturing and labor-intensive industries in the world’s exports has also increased. It reached a high level around 2015 and has stabilized in recent years. Since 2015, China’s OFDI to ASEAN countries has maintained a high level, and the proportion of manufacturing industry is relatively high. Considering that China is transforming from a “world factory” to a “world R & D center” under the influence of “made in China 2025”, we believe that domestic labor-intensive industries may be transferring to ASEAN and other countries with lower labor costs, which is the same as the change of labor-intensive industries when the four Asian dragons were transforming to high-end manufacturing from the 1980s to the 1990s.

Under the change of labor structure, automation industry may benefit. In recent years, the growth of the number of domestic employed population has slowed down, the proportion of the elderly population has increased, the aging problem has become increasingly prominent, the shortage of labor supply may continue, and the domestic labor cost has also increased significantly. We believe that the change of population structure and the continuous rise of labor cost will force manufacturing enterprises to continuously increase investment in automation and intelligence, and expand the depth of automation and intelligence. On the other hand, from the experience of Japan, aging will also boost the expansion of domestic service robot and public service robot market, and the related demand will continue to rise in the future.

The market performance of Japan’s representative advanced manufacturing industry recovered. We have reviewed the history of 22 typical automobile, passive components, semiconductor and industrial automation companies in Japan since 1990 (the total market value accounts for 14.43% of the total market value of the constituent stocks of the East stock exchange), and found that some enterprises can follow the trend and become big bull stocks that go through the cycle, while some enterprises take into account both endogenous and exogenous factors and constantly break through the growth boundary, There are also enterprises that are increasingly depressed due to the untimely response to industrial change… To its root, good track, excellent business model and core competitiveness are the core of building enterprise performance and stock price Changhong, which also represents Japan’s comparative advantage in the world.

Focus on China’s industrial upgrading opportunities in the medium and long term. Even though the current international situation is complex and the domestic aging problem is increasingly serious, considering the reform dividend, engineer dividend and industrial policy strength that China’s economy has not yet released, we suggest investors pay close attention to the opportunities brought about by China’s industrial upgrading in the medium and long term. 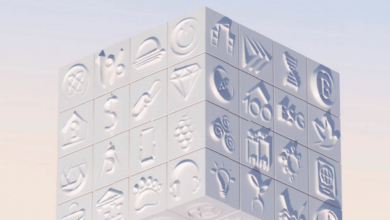 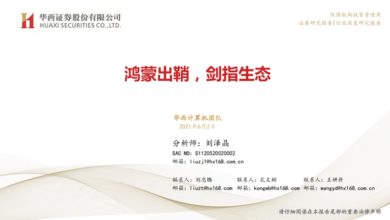 Hongmeng comes out of the sheath, and the sword points to ecology From Huaxi Securities 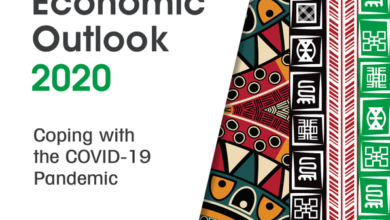 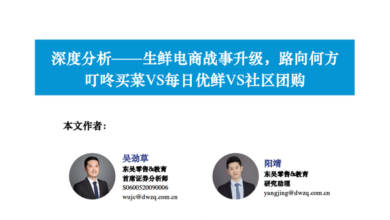