The following is the In 2019, China’s semiconductor sales will reach more than 150 billion US dollars From YES recommended by recordtrend.com. And this article belongs to the classification: Hardware equipment industry.

The report points out that China’s overall semiconductor sales reached more than 150 billion US dollars in 2019, but this data includes the re export of terminal products. The report predicts that the compound growth rate of China’s semiconductor manufacturing industry will grow at an annual rate of 17% from 2019 to 2024, but the compound growth rate of the whole market demand will be 11% at the same time. On the whole, there is still a big gap between manufacturing industry and internal demand.

According to the report, the capital expenditure and sales of China’s domestic semiconductor manufacturers SMIC international and Huahong semiconductor have increased significantly compared with this year.

In addition, the report also mentioned that the global share of local Fabs has slowed down and stabilized at about 9%, while the global growth share of semiconductor design is relatively fast.

The Chinese government strongly advocates making full use of its efforts in various sub sectors of semiconductors and striving to make up for its shortcomings. There is a huge gap between individual sectors and the world’s leading enterprises. For example, the global share of semiconductor equipment is only about 1%, as shown in the figure below 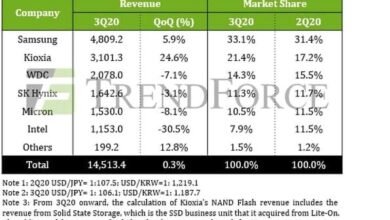 In 2020, the market scale of Samsung in Q3 global NAND flash memory market will reach US $4.8 billion, up 5.9% month on month From TrendForce 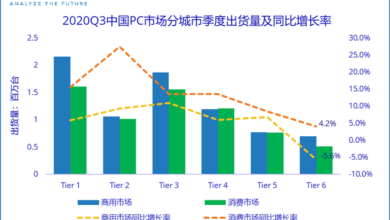 In the third quarter of 2020, China’s total PC market shipment will reach 14.45 million units, with a year-on-year increase of 10.1% From IDC 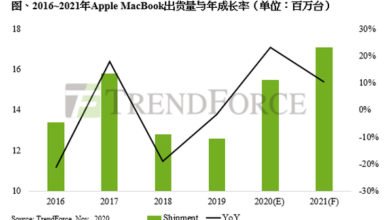 It is estimated that the global MacBook shipment will reach 15.5 million in 2021, with an annual growth of 23.1% From TrendForce 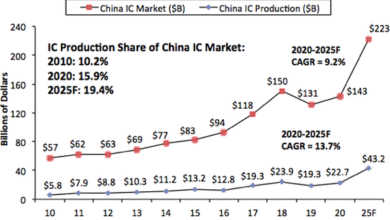 In 2020, the global IC chip output will reach 143.4 billion US dollars, with China accounting for 15.9% From IC Insights