The following is the In 2020, the total output value of Q4 DRAM will reach 17.65 billion US dollars, only increasing by 1.1% From TrendForce recommended by recordtrend.com. And this article belongs to the classification: TrendForce, Hardware equipment industry.

According to the latest report of trendforce, the total output value of DRAM in the fourth quarter of 2020 will reach 17.65 billion US dollars, a quarter increase of 1.1%. The overall market situation is attributed to the fact that Chinese smartphone brands oppo, vivo and Xiaomi (16.34, – 0.36, – 2.16%) (01810) actively increased their spare parts purchasing power to seize market share, thus driving the delivery performance of DRAM suppliers in the fourth quarter.

However, affected by the continuous inventory adjustment of the server industry, DRAM prices are depressed. Most of the original manufacturers’ revenue performance in the fourth quarter of 2020 is not different from that in the last quarter. Only Meguiar has a significant decline due to different operating days.

Looking forward to the first quarter of 2021, the demand including PC, mobile, graphics and consumer DRAM will remain stable. After two quarters of inventory adjustment, some DRAM manufacturers restart a new round of stocking, coupled with the impact of Meguiar’s power outage in early December 2020, DRAM product prices officially rose in the first quarter of this year. Trendforce estimates that the first quarter will show a trend of rising volume parity. However, as it is the first quarter of market reversal and the demand side is still in the off-season, the growth rate of estimated volume and price is small, and the overall DRAM output value may grow slightly compared with the fourth quarter of last year.

DRAM prices continue to fall in the fourth quarter of 2020, and the profits of original manufacturers are compressed

In terms of revenue performance, the performance of Korean DRAM factory and Meguiar again diverged. The main reason was that the number of financial weeks of Meguiar in the fourth quarter returned to the normal 13 weeks from the previous 14 weeks of high base period, resulting in the “volume price simultaneous drop” in the shipment volume and average sales unit price; Korean manufacturers continued to show “volume increase price drop”, indicating that the pulling force has recovered. Samsung (Samsung) and SK Hynix (SK Hynix) in the shipment growth are better than the original expectations, offset the decline in quotation, revenue rose 3.1% and 5.6% respectively. Meguiar’s revenue fell 7.2% due to declining shipment volume, resulting in its market share falling to 23% in the fourth quarter. Looking forward to the first quarter of 2021, due to the official rise of DRAM quotation, and Meguiar’s most active quotation strategy, there is an opportunity to narrow the gap with the top two markets.

In terms of profit performance, since the average DRAM price in the fourth quarter of 2020 fell by 5-10%, the profit performance of all manufacturers converged. For Samsung, the operating profit rate dropped to 36% from 41% in the last quarter; SK Hynix dropped to 26% from 29% in the last quarter; and the quotation decline of Meguiar in this financial reporting quarter (September to November) is slightly equivalent to that of Korean factory, and its operating profit rate also reduced to 21% from 25% in the last quarter. The cost optimization range of manufacturers is not enough to make up for the quotation decline in this quarter. Looking forward to the first quarter of 2021, supported by the rebound of DRAM quotation, it is expected that the original factory’s profitability will also bottom out and rebound, officially restarting a new wave of rising cycle. It is worth mentioning that, taking Samsung, the leading DRAM manufacturer, as an example, its profit level at the bottom of the quotation is still as high as 30%. Even Nanya tech, a relatively small company, has a profit of nearly 10%. This shows that the DRAM industry will maintain an overall profit-making ecology under the oligopoly pattern before new Chinese companies join.

In terms of Taiwan factories, South Asia branch also showed the performance of volume increase and price decrease. In the fourth quarter of 2020, its revenue dropped slightly by 0.7%, and the operating profit rate also declined with the decline of quotation, further converging to 8.8% from 13.5% in the last quarter. In terms of Winbond, the proportion of NOR flash continued to increase. However, in terms of the 0.8% increase in revenue in the fourth quarter, the main reason was that NAND flash business was compressed, and DRAM revenue improved with the help of the first improvement in the niche memory market. However, the low increase was due to limited supply rather than poor demand. PSMC’s revenue only includes its own standard DRAM products. In the fourth quarter of 2020, the demand for logic products including PMIC (power management IC), driver IC and CIS continued to boom, which compressed to DRAM capacity, resulting in a drop of DRAM revenue of about 1.7%.

Trendforce Jibang consulting said that the three Taiwan manufacturers still focus on their most advantageous products and strengthen their competitiveness in their respective fields. For example, South Asia science and Technology Co., Ltd. actively develops 1A / 1bnm and expects to send samples before the end of 2021; while Huabang continues to improve the yield of 25nm in the new DRAM process, its capacity expansion is still based on nor with prosperous demand In the current environment of excellent demand for Logic IC, the company will continue to have full capacity and specialize in OEM of logic products with high gross profit.

LNG outlook in 2021 From Shell 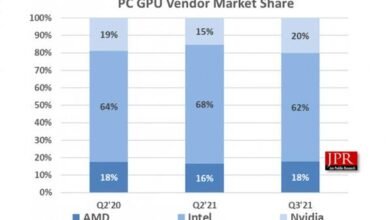 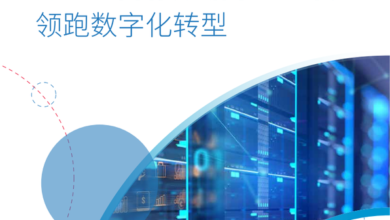 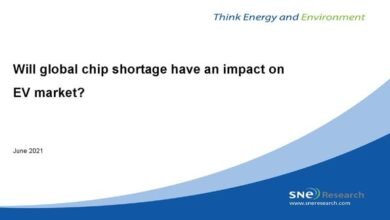 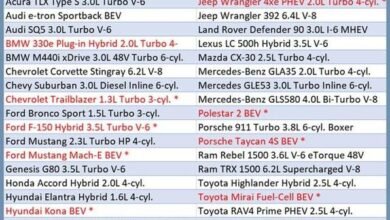 Ranking of ward’s top ten engines and powertrain in 2021