The following is the In 2021, the global PC market shipment reached 82.7 million units in Q1, a year-on-year increase of 55% From Canalys recommended by recordtrend.com. And this article belongs to the classification: Canalys, PC, Hardware equipment industry.

Industry analysts believe that the backlog of orders (especially laptops) in 2020 is a major driving factor, but as small businesses gradually start to recover, new demand is also a factor. The year-on-year volume of notebook computers and mobile workstations surged 79% to 67.8 million units. After the unsatisfactory performance of desktop computers in several quarters of 2020, it improved slightly at the beginning of 2021, and the decline of shipment volume slowed down. The year-on-year volume of desktop computers and workstations decreased by 5% to 14.8 million.

In view of the strong recovery of the market after the weak first quarter of 2020, the shipment volume of the five major manufacturers all achieved double-digit year-on-year growth. Lenovo has maintained a dominant position in the PC market, with a 25% market share, a year-on-year growth rate of 61% and a shipment volume of 20.4 million units. Thanks to the huge volume of chromebook shipments, HP ranked second, with a total volume of 19.2 million units, up 64% from the first quarter of 2020. Dell’s market share declined compared with the fourth quarter of last year, but it still ranked third, with its annual shipment volume increasing by 23% to 12.9 million units. Apple and Acer are the other two of the top five manufacturers, with 6.6 million and 5.7 million units shipped, respectively, achieving the highest and second highest annual growth rates. In the first quarter of 2021, the five major manufacturers accounted for 78.5% of the total PC shipments.

Note: data on tablets (pure tablets and removable computers) were not included in the news. Chromebook is included as a subclass of notebooks. 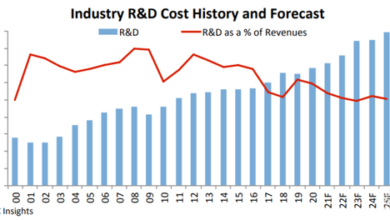 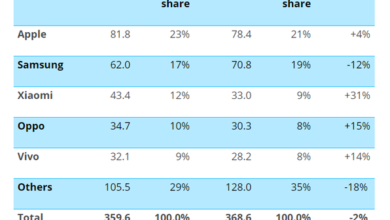 In 2020, the global smartphone shipment will reach 359.6 million units, a slight decrease of 2% over the same period last year From Canalys 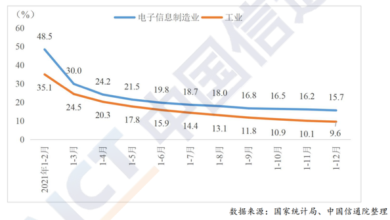