The following is the In April 2021, steam hardware survey GTX 1060 continues to be at the top of the list From Steam recommended by recordtrend.com. And this article belongs to the classification: Hardware equipment industry.

Recently, steam released a survey report on hardware and software in April. Although the proportion of GTX 1060 declined by 0.18% last month, GTX 1060 still ranked first with 8.97% and won the title of “the strongest nail household”. Specifically, 75.57% of PC users used NVIDIA graphics card, a slight increase compared with last month. Amd graphics card accounted for 16.23% of all users interviewed, while Intel graphics card only accounted for 8.06%.

It is worth mentioning that the GTX 1060 graphics card has been on the market for five years, and now it has been ranked number one for many times. On the one hand, it has high cost performance, on the other hand, it is also related to the factors that the graphics card market is disturbed by “miners”.

In addition, the most commonly used operating system for steam users is still windows 10, accounting for 92.83%, with a month on month increase of 0.45%. The most popular memory capacity is 16GB, accounting for 45.52%, while 8GB memory accounts for 26.53%.

At the same time, the number of players with 16GB or more memory is still growing steadily, with a total of more than 57.55%.

In other aspects, in the resolution of steam player’s display, 1080p occupies the absolute advantage, reaching 67.60%, and other resolutions are relatively average.

In addition, among VR display devices, oculus Quest 2 was the most popular, up 3.53% on a month on month basis, among which valve index HMD ranked third, accounting for 16.39%.

In general, in recent months, the most commonly used configurations for steam players have been: NVIDIA graphics card, dx12 + win 10, Intel processor and 4-core CPU. 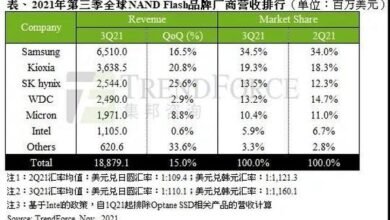 In 2021, the total revenue of Q3 global NAND flash reached US $18.88 billion, an increase of 15% month on month From Jibang consulting 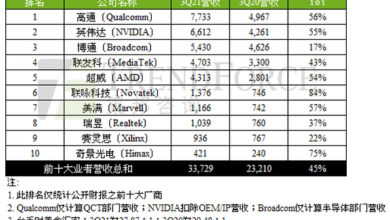 In the third quarter of 2021, the revenue of the world’s top ten IC designers reached US $33.7 billion From TrendForce 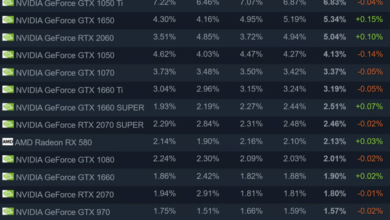