The following is the It is estimated that the global wafer OEM output value will reach 84.6 billion US dollars in 2020, with an annual growth of 23.7% From TrendForce recommended by recordtrend.com. And this article belongs to the classification: TrendForce, Hardware equipment industry.

According to the semiconductor research office of trendforce, in the first half of 2020, the global semiconductor industry will benefit from the panic material preparation caused by the epidemic, as well as the new normal life of remote office and teaching. In the second half of 2020, due to Huawei’s ban, the penetration rate of 5g smart phones will increase and the demand for related infrastructure will be strong. It is estimated that the global wafer OEM output value will reach 84 600 million US dollars, an annual growth of 23.7%, and the growth rate has exceeded the peak of nearly a decade.

Looking forward to 2021, trendforce has made three assumptions for the demand side. Firstly, the vaccine effect and side effects are still uncertain, and the demand for networking and housing economy brought about by the epidemic will maintain a certain strength. Thirdly, there is no turning point in Sino US trade friction. Finally, after the stagnation in 2020, the global economy is expected to recover in 2021. At present, it is estimated that various terminal products, including smart phones, servers, laptops, TVs and automobiles, will grow by 2-9% in the next year. In addition to the demand for components driven by the above terminal products, the communication generation will change, and the layout of 5g base station and WiFi 6 will continue to ferment, driving the continuous development of related components. Therefore, it is estimated that in 2021, the output value of wafer foundry is expected to reach a new high, with an annual growth of nearly 6%.

From the perspective of order receiving, except for TSMC’s 5nm process, which is limited by Huawei’s Hisilicon, apple, the main customer, can’t fully make up for Hisilicon’s vacancy, resulting in a capacity utilization rate of about 90%, TSMC’s 7Nm process and Samsung’s 7Nm process can’t make up for Hisilicon’s vacancy The 7 / 5nm process mainly benefited from the strong demand of AMD, MediaTek, NVIDIA and Qualcomm, respectively, making the capacity almost full and will continue to the second quarter of next year.

Looking forward to the second half of 2021 to 2022, in response to the strong order demand of many high-efficiency computing (HPC) customers in 2022, both TSMC and Samsung have positive 5nm capacity expansion plans. Although most of the customers’ casting time generally falls between the end of 2021 and 2022, I’m afraid that their 5nm process capacity utilization will face some vacancies in the second half of 2021. However, in 2022, trendforce Jibang consulting believes that, driven by the rapid growth of high-efficiency computing market and the strong demand of Intel, the original IDM factory, to accelerate outsourcing production, advanced process capacity will once again enter a difficult situation.

In addition, we have observed the relatively mature processes of 90-14nm in 12 inch factories, such as CIS, tddi, RF, TV chips, WiFi, Bluetooth, TWS and other components preparation energy driven by various terminal products, as well as the emerging applications such as WiFi 6 and AI memory heterogeneous integration, as well as the PMIC (power management chip) and DDIC (power management chip) that are partly transferred from 8-inch factories to 12 inch factories Driven by this, the situation that production capacity is in short supply is not so bad.

As for the 8-inch, most of the current Fabs can only use the existing factory space to improve production efficiency, or improve bottleneck machines, lease second-hand equipment and other ways to expand production to a certain extent. With the advent of 5g era, the demand for PMIC, especially in smart phones and base stations, is growing exponentially, resulting in the 8-inch capacity in short supply, although some products such as PMIC or DDIC have been gradually transferred to 12 inch There is no sign of production in the factory, but it is still difficult to relieve the 8-inch supply shortage in the short term.

Trade frictions between China and the U.S. are heating up, and the wafer foundry market may be even more in short supply in the second half of 2021

Another big change affecting the global wafer foundry capacity change is the ban on SMIC. Trendforce Jibang consulting pointed out that since SMIC first announced that it might be included in the entity list on September 10, its main American customer is Qualcomm (qcomm) and Broadcom have planned to transfer orders one after another, and even Chinese manufacturer gigadevice has adjusted its main production to Huahong group. On December 18, it was officially listed in the U.S. Department of Commerce’s list of entities, stipulating that all U.S. suppliers need to apply for license before they can ship. Among them, the advanced process equipment below 10nm (including) is totally refused to be licensed. At present, China’s self-made equipment can only provide the most advanced 90nm production line. In the short term, it is extremely unlikely to achieve the full autonomy of semiconductor production line. At present, SMIC has no mass production of products below 10nm. However, in the future, process R & D and expansion will face more obstacles. In addition, at present, the biggest worry lies in equipment consumables and chemical raw materials. Although SMIC is actively importing China’s own equipment and chemical raw materials, the import situation is still unclear.

On the whole, trendforce Jibang consulting believes that in the second half of 2021, even if the epidemic situation eases, it is still possible to revise the inventory of parts and components of TV, pen and TV and other home economy demand products, but under the alternation of communication generations, 5g and WiFi will continue to expand 6 infrastructure layout will continue to ferment, coupled with 5g terminal applications such as smart phone penetration and other factors, will continue to promote the capacity utilization rate of wafer fabs to generally fall below 90%, which will not lead to a sharp decline in the growth rate. In addition, SMIC can still rely on the existing raw material inventory to maintain normal operation within half a year. If the ban continues, SMIC will continue to rely on the existing raw material inventory International semiconductor components will have to seek the assistance of other fabs, which may lead to more shortage of global wafer foundry market than at present, and lead to more severe capacity crowding out effect.

More reading: trendforce: it is estimated that the annual growth of global wafer foundry output value in 2020 will be as high as 23.8% trendforce: the revenue of NAND flash will reach US $12.5 billion in the fourth quarter of 2019, with a quarterly increase of 8.5% trendforce: the average price of DRAM will stop falling and stabilize in the first quarter of 2021 trendforce: the global DRAM output value will reach US $17.46 billion in the third quarter of 2020 Total output value increased by only 2% in the quarter, Trendforce: the spot price of DRAM has not risen for a long time, but there is still pressure on DRAM price in the second half of the year Annual reduction of 4.1%TrendForce novel coronavirus pneumonia, the new NAND pneumonia, will be reversed by TrendForce in the second half of this year: the crown Flash will enter the pandemic. The global system risk will impact the memory industry. In the fourth quarter of TrendForce:2019, the NAND Flash industry will have revenues of US $12 billion 500 million. Trend force: Q1 laptop shipment is expected to decline by nearly 26% in 2020 compared with the same period last year 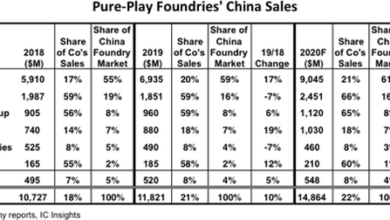 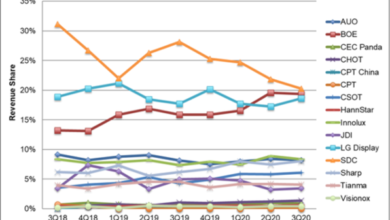 In the third quarter of 2020, the global panel industry sales reached US $30.5 billion, up 11% year on year From DSCC 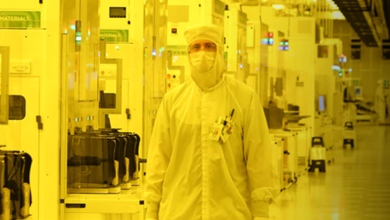 It is estimated that the sales volume of global semiconductor industry will reach 469 billion US dollars in 2021, with a year-on-year growth of 8.4% From WSTS 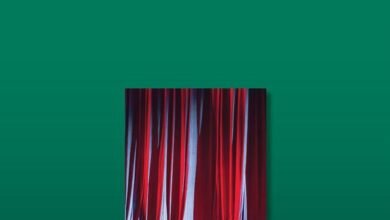