The following is the It is expected that China’s OLED will surpass South Korea’s in the next five years From Korea daily recommended by recordtrend.com. And this article belongs to the classification: Hardware equipment industry.

South Korean industry has been hard to let go of China’s anti super performance on liquid crystal panel (LCD). Chosun biz, a media unit of Chosun daily, South Korea’s largest newspaper, quoted industry insiders on April 28 as predicting that although South Korean enterprises now dominate the organic light-emitting diode (OLED) panel market, the situation is far from reassuring. If we refer to the story on LCD, Chinese manufacturers may surpass South Korea in the field of OLED within five years.

The report also specifically quoted the speech made by Chang Cheng, vice president of BOE group, in September last year – “we hope flexible OLEDs will account for 40% of the world in 2024”, and declared that this is a signal that Chinese enterprises will devour the OLED market after LCD.

LCD panel used to be the pride of Korean panel industry. From 2000 to 2016, Samsung and LG dominated the global LCD market, and they could even occupy more than half of the global market share. However, this situation began to change with the rise of Chinese enterprises. According to the report, the Chinese government has invested a lot of money for its own panel factories. Since 2015, BOE, Huaxing optoelectronics, Huike and other enterprises have increased production one after another. Finally, in 2017, Korean enterprises have been squeezed to occupy the top position in the global panel industry.

Chinese enterprises, which have squeezed out their competitors, have now become the biggest beneficiaries of the global panel demand driven by the epidemic. According to DSCC, the price of 43 inch LCD panel has nearly doubled from $78 in March last year to $128 in March this year. The 55 inch LCD panel also rose from $115 in the same period last year to $203 this year.

Now, Koreans are worried that the same story will happen on OLED“ North Korea business said that Chinese enterprises’ market share in small and medium-sized OLEDs has exceeded 10%, and they intend to enter the large OLED market with 99% share of South Korean enterprises.

Small and medium-sized OLED is a relatively low threshold category in the field of OLED. Chinese enterprises entered this field in 2016. Three years later, their market share exceeded 10% and increased to 13.9% last year. Although South Korea’s Samsung and LG still have an overwhelming advantage in market share, their combined share has dropped from 88.6% in 2019 to 86.1% last year“ “North Korean business” quoted industry insiders as saying that although South Korean enterprises still have technological advantages, the industry situation can not make them feel at ease.

The industry even predicts that China’s OLED factories may surpass South Korea’s in five years, taking into account what has happened in the field of LCD panels.

“Korean business” believes that the most terrible thing about Chinese enterprises is that they can rely on economies of scale, improve manufacturing technology with the help of mass production, and realize the transformation from “quantitative change” to “qualitative change”. Coupled with the price advantage, it is only a matter of time before they can occupy the market. For example, BOE has become Apple’s OLED supplier, which shows that the quality of OLED screens of Chinese enterprises has been recognized.

However, different opinions have been put forward. A representative of an industry research company said that Chinese enterprises, including BOE, have begun to study investment plans for large-scale OLEDs. If China makes large-scale investment, the technology gap may quickly narrow and may be surpassed at any time, so they can not be completely assured.

South Korea’s Chosun Ilbo: the survey shows that the lower the income and education, the higher the smoking rate of people. Seagate: by April 2021, Seagate’s hard disk capacity exceeds 3zbtrendocus: in 2018, Q4’s global mechanical hard disk shipment fell below 90 million, a year-on-year drop of 16% JPR: 41% of PC game players are using AMD processor display industry: looking back on 2019, Looking forward to 2020, it is estimated that ltpo display will become the mainstream configuration of iPhone in 2023. IC insights: it is estimated that the shipment volume of semiconductor devices in 2021 will exceed 1 trillion pieces, reaching a new record. Idle fish index: performance ranking of Q1 computer graphics card in 2021. Master Lu: performance ranking of Q1 PC processor in 2021. Amd dominates the top four. The average price of NVIDIA graphics card is 70% higher than that of five years ago. Gartner: it is estimated that the number of devices in use in the world will reach 6% in 2021 200 million security signals: research shows that more than 80% of enterprises have experienced firmware attacks in the past two years 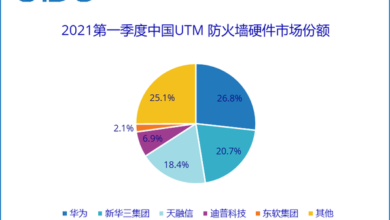 In the first quarter of 2021, the overall revenue of manufacturers in China’s IT security hardware market was about US $470 million, with a year-on-year growth of 18.2% From IDC 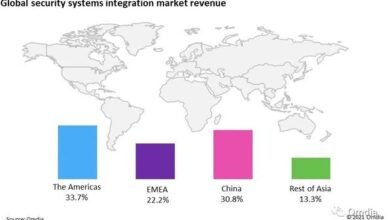 It is estimated that the market scale of security system integration will reach US $98.8 billion in 2023 From Omdia 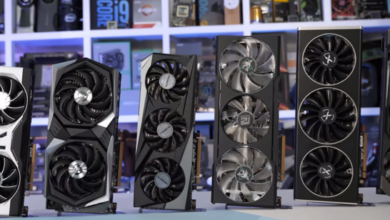 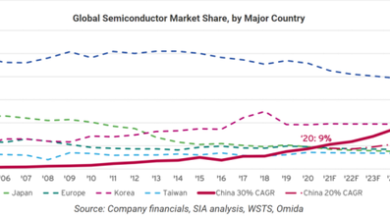 Chinese mainland has been selling chips for more than two years in Taiwan. From YES