The following is the Only with an annual investment of 195 billion yuan in the next five years can semiconductor manufacturers have a chance to surpass Samsung and TSMC recommended by recordtrend.com. And this article belongs to the classification: Hardware equipment industry.

The competition of advanced semiconductor process is entering a new stage. In the past 25 years, it has become more and more expensive to keep up with the development of cutting-edge IC technology. SMIC, the largest and most advanced wafer foundry in China, is still far behind TSMC, Samsung and Intel in its 14nm process. To catch up with the advanced manufacturing processes of Samsung and TSMC, global competitors need to invest US $30 billion (about $195 billion) a year in at least the next five years to have a chance of success.

Figure 1: the first and second largest companies in the global semiconductor industry in terms of capital expenditure, 1994-2021

In the history of the semiconductor industry, Samsung’s capital expenditure of US $93.2 billion during 2017-2020 is unprecedented, which is more than twice the total of US $44.7 billion of all Chinese domestic semiconductor suppliers in the same period.

Samsung has also released its capital spending guidance for 2021, and IC insights estimates that the company’s spending will be basically the same as in 2020.

Let’s look at TSMC, the only pure wafer foundry that provides leading technology. The market demand for its 7Nm and 5nm processes is very strong. The revenue from the two advanced processes accounts for 47% of its sales in the second half of 2020. At present, most of TSMC’s capital expenditure is to increase the capacity of 7Nm and 5nm processes.

What attracts people’s attention is that TSMC’s speed of turning to 5nm is very fast. In the first half of 2020, TSMC basically has no 5nm process revenue, but 5nm products account for 8% (US $3.5 billion) of the total sales in 2020.

On January 14, 2021, TSMC released important news that it plans to increase its capital expenditure this year to US $25-28 billion, higher than the US $27.5 billion estimated by IC insights. TSMC expects to spend about $6.9 billion a quarter this year, more than double the fourth quarter of 2020.

As there is no other company with comparable capital expenditure, Samsung and TSMC are likely to further away from their competitors in terms of advanced process technology this year.

Can the EU, the US and the Chinese mainland catch up with Samsung and TSMC through investment? Considering that there is still a big gap, IC insights believes that governments need to spend at least $30 billion a year for at least five years to get a chance of success.

Of course, in addition to the leading technology brought by capital expenditure, the market share of the two major companies also has an absolute advantage. According to the data of trendforce, a research institute in Taipei, from a regional perspective, Taiwan’s market share in the global wafer foundry market in 2020 will be as high as 63%, far exceeding South Korea, which ranks second with 18%.

High market share brings high revenue. According to trendforce, TSMC’s revenue in the first quarter of 2021 is expected to reach NT $12.91 billion, which is higher than that of 10.31 billion in the first quarter of 2020, more than three times that of Samsung, which has the second largest market share, and more than the total revenue of the other nine fabs.

If no other chip company or government takes prompt and decisive action, Samsung and TSMC will successfully occupy the world’s leading chip technology, which is the cornerstone of all advanced electronic systems in the future.

In such a situation, any pursuer is facing a huge challenge. For China, even if it is determined to invest a lot of money in the long run, it will certainly be hindered by trade problems, which prohibit the sale of some of the most critical process equipment to China.

Wu Hanming, academician of the Chinese Academy of engineering and Dean of the school of micro nano electronics of Zhejiang University, also pointed out in today’s speech at semicon China that China’s integrated circuit industry is doomed to be difficult and faces political and industrial barriers. China’s chip manufacturing is facing three challenges: graphics transfer, new materials & technology and yield improvement.

Brand marketing manual of station B in 2021 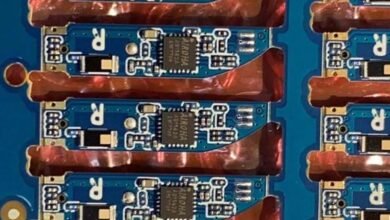 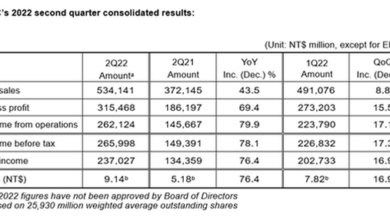 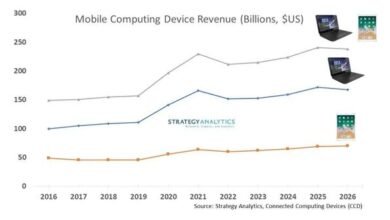 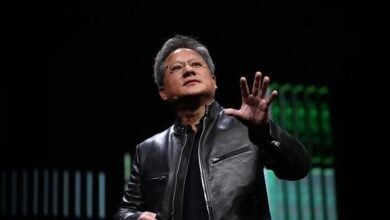 NVIDIA has a market value of more than US $500 billion, second only to TSMC, becoming the second largest semiconductor enterprise in the world