The following is the Q1 PC processor performance ranking in 2021 amd dominates the top four From Master Lu recommended by recordtrend.com. And this article belongs to the classification: PC, Hardware equipment industry.

Today, Master Lu published the ranking of consumer PC hardware in Q1 2021. Among them, the PC processor ranking, amd performance is very eye-catching. The new version of Master Lu’s PC has raised the score. It’s not common for CPU to break through one million, but it’s already blooming everywhere in the new version.

AMD Ryzen Threadripper 3990X performance monster that still keeps on the top two years is still sitting on its throne. It can only be said that Intel suck no power, and only AMD can defeat AMD.

Throughout the top 10 of the list, Intel has only one very low seat in the top 5, and the winners are all flagship processors of Intel i9 series with Suffix “Xe”. And the i9-10980xe’s final average running points also stopped at 920000, missing the million mark.

In the list of desktop processors, Intel’s ranking is mostly concentrated in the middle of the list, and accounts for more than half of the seats. It can be seen from the list that Intel’s product performance is not very different.

On the desktop, AMD is not idle.

Amd on the mobile end is much more radical. Perhaps it was AMD’s rollover a few years ago that led to no one dare to use amd on the mobile end. The mobile end market flowed into Intel’s pocket for nothing. Amd became very fierce after its return to the mobile end with the help of sharp dragon. It often happened that AMD’s low-voltage CPU was playing Intel’s standard pressure CPU.

In the list of mobile terminal performance, top 5 is all included by AMD, and the 11th generation Intel i7 only ranks sixth and seventh. These two products are also the only two Intel products in top 10. It is worth mentioning that AMD’s sharp dragon r55600u low-voltage processor, which ranks 13th in the list, has successfully surpassed the i9-10885h processor, the flagship product of Intel’s 10th generation core.

Amd has only two mid-range products on the desktop hot list. They are the seventh and the ninth respectively. They are all relatively backward.

AMD is slightly better in the popular list of notebook processors, but only three products are on the list, ranking first, fourth and fifth respectively. Other locations are all in Intel’s pocket.

One in five Americans are still resistant to the new vaccine, according to the survey From Monmouth University 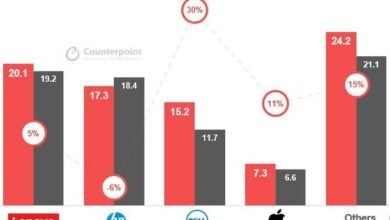 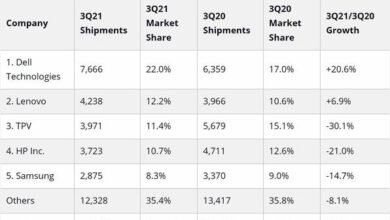 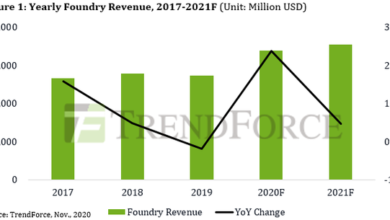 It is estimated that the global foundry revenue will increase by 23.8% in 2020, the highest in ten years From TrendForce 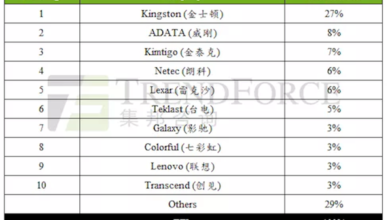