The following is the Q4 global GPU shipments grow 12.4% year on year in 2020 From JPR recommended by recordtrend.com. And this article belongs to the classification: Hardware equipment industry.

Jon Peddie Research (JPR) recently released the GPU market data statistics report for the fourth quarter of 2020, which shows that although the continuous shortage affects all new products released since the beginning of 2020, NVIDIA can still supply more GPUs than AMD.

In terms of the overall market, global GPU shipments increased by 20.5% in the fourth quarter of 2020, with a year-on-year growth of 12.4%. It is estimated that the installed capacity of GPU will grow at a compound annual growth rate of 3.7% from 2020 to 2025, and will reach 419 million by the end of 2025. In the next five years, the penetration rate of independent graphics card in PC will increase to 21%.

In terms of the independent graphics card market, NVIDIA has increased its market share by 2% and now occupies 82% of the independent graphics card market, compared with AMD’s 18%. Compared with the data of 73% and amd27% of NVIDIA last year, NVIDIA has a substantial growth. It is worth noting that NVIDIA has not only released the high-end geforce RTX 30 series GPU, but also launched more models close to the mainstream market at the beginning of this year, which will help to further increase the market share and achieve better performance.

In the fourth quarter of every year, it was generally flat or slightly increased, but last year it was growing. At present, most semiconductor manufacturers have increased their shipments for the next quarter, with an average of 1.25%. Besides seasonal factors, COVID-19’s influence is also one of the factors. 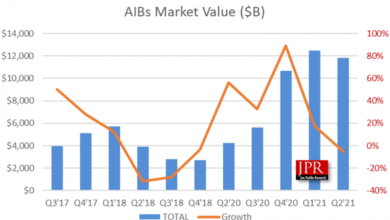 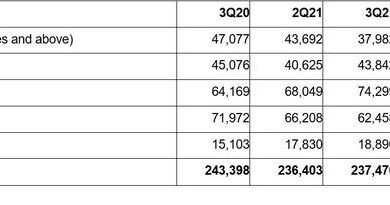 In the third quarter of 2021, the shipment volume of large-size TFT LCD reached 237 million pieces and 56.8 million square meters From Omdia