The following is the In the first quarter of 2021, the global PC shipment reached 84 million units, a year-on-year increase of 55.2% From IDC recommended by recordtrend.com. And this article belongs to the classification: IDC.

“The unmet market demand in 2020 has continued into the first quarter of this year, and the additional demand brought by the epidemic continues to drive sales growth,” said jitesh ubrani, manager of IDC mobile device tracking research. However, the market is still suffering setbacks, including shortage of spare parts and logistics problems, which directly lead to the increase of average sales price. “

The continuous recovery of PC market and the rise of average selling price (ASP) are mainly driven by the demand for games, the demand for higher performance laptops by enterprises and the growth of touch screen demand in education.

Ryan Reith, vice president of IDC’s global mobile device tracking program, said: “there is no doubt that there is a very high backlog demand in the consumer, business and education sectors in 2021. Further replenishment of orders from semiconductor suppliers and customers will only prolong the duration of the shortage. We believe that the PC market has undergone a fundamental change, which will lead to a more optimistic outlook in the next few years. And many countries and regions began to “open” process, business, education and consumption in these three areas have been unexpected demand. The shortage of spare parts may become one of the key topics in 2021, but it is more important to consider where the PC demand will go in two or three years. “

This data is IDC’s estimate before the enterprise financial income report. All company data are based on the calendar of natural years.

· shipments include shipments to distribution channels or end users. OEM sales are calculated by the company / brand they sell.

· traditional PCs include desktops, laptops and workstations, not tablets or x86 servers. Removable tablets and tablets are part of PC device tracking, but are not covered in this press release. 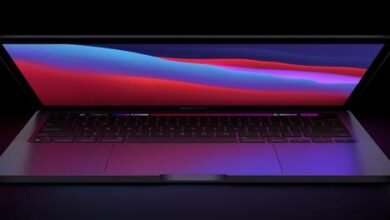 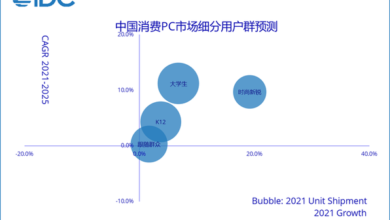 After the adjustment period, how can China’s PC market follow the trend From IDC 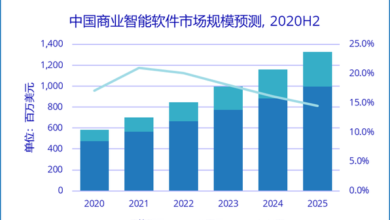 In 2020, the scale of China’s business intelligence software market was US $580 million, with a year-on-year increase of 17.1% From IDC 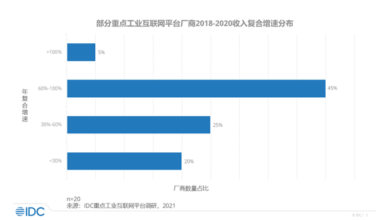