The following is the India’s mobile phone market share will decrease by 2% in 2020 From IDC recommended by recordtrend.com. And this article belongs to the classification: Android, IDC, iPhone, Intelligent mobile phone.

According to reports, India has always been the hottest smartphone market outside China. Recently, IDC, an American technology market research company, released its 2020 report on India’s smartphone market. The market shrank slightly, with two giants, Xiaomi and Samsung occupying the top two positions.

The IDC report shows that in 2020, the mobile phone market in India had shrunk by 2% and sales volume was 149 million 700 thousand due to COVID-19’s influence.

Xiaomi won 27% of India’s smartphone market last year, ranking first. But sales of Xiaomi’s phones fell 6% to 41 million. IDC report pointed out that the sales leader of Xiaomi was Hongmi 8 with low price. In the second half of the year, the mobile phone momentum was replaced by Hongmi 9 series.

The report predicts that the growth rate of India’s smartphone market this year will be between 5% and 9%, and the sales power will mainly come from the demand for medium end mobile phone replacement and the affordable 5g mobile phone. In addition, offline channel sales will also recover. 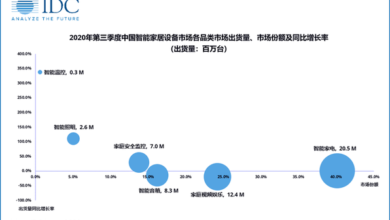 In the third quarter of 2020, China’s smart home equipment market will ship about 51.12 million units, a year-on-year decrease of 2.5% From IDC

In 2020, the global Smartphone Application Processor market will reach US $25 billion, with a year-on-year growth of 25% From Strategy Analytics 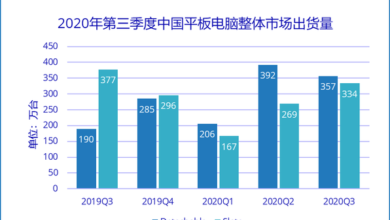 The volume of tablet computers in China was about 6.9 million in the third quarter of 2020, up 21.7% year on year From IDC 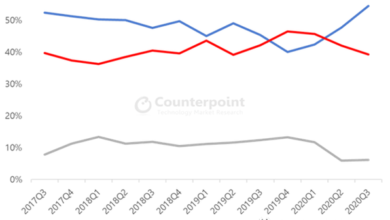