The following is the Amazon EC2 x2gd with self-developed processor Amazon graviton2 is fully available recommended by recordtrend.com. And this article belongs to the classification: Industry information.

Compared with the current X1 instance based on X86, the cost performance of the new generation x2gd instance for memory intensive workload is improved by 55%

Customers such as SmugMug, Synopsys and arm are already using the x2gd instance supported by the graviton2 processor

Recently, Amazon cloud technology announced that the new generation of memory optimization instance Amazon Elastic Compute Cloud (Amazon EC2) x2gd instance has been fully available, which is supported by the graviton2 processor based on ARM architecture developed by Amazon cloud technology. Compared with the current X6 based X1 instance, the new x2gd instance can improve the performance price ratio by up to 55%, while compared with other instances based on graviton2, the memory capacity of each vcpu configuration is larger. X2gd instance has higher performance and larger memory, enabling customers to run memory intensive workload more efficiently, such as in memory database, relational database, EDA workload, real-time analysis and real-time cache server, etc. There is no minimum committed consumption or prepaid fee when using x2gd instance, and the customer only needs to pay according to the usage. To start using the x2gd instance, visit https://aws.amazon.com/ec2/instance-types/x2 .

Amazon graviton2 processor designed by Amazon cloud technology and based on ARM architecture has been launched since May 2020. The supported Amazon EC2 instance has been widely used in various workloads, which is up to 40% more cost-effective than the current X86 based instance. Many customers who have already used Amazon graviton2 based instances include Domo, formula 1 racing Honeycomb.io , intuit, LexisNexis risk solutions, Nielsen, nextroll, Redbox, SmugMug, snap and twitter have achieved significant performance improvements and cost savings. In addition, the popular services of Amazon cloud technology, including Amazon elastic container service, Amazon elastic container registry, Amazon elastic kubernetes service, Amazon codebuild, Amazon codecompact, Amazon codepipeline, Amazon codedeploy, Amazon cloudwatch, Amazon elasticache and Amazon elastic map reduce, are now supported based on Amazon In terms of graviton2 instance and Amazon EC2 instance, 40% cost performance improvement can be achieved. With the increasing support of operating system manufacturers and independent software manufacturers for ARM processor, ARM processor has become the mainstream. Customers want to take advantage of the performance and cost saving advantages of graviton 2 processor to apply it to more workloads, including more demanding workloads with higher memory requirements per vcpu configuration. In addition, some customers want to use more memory to increase the number of containers they run on Amazon EC2 instances to reduce the overall cost of computing.

Currently, customers use memory optimized R6G instances supported by Amazon graviton2 (up to 40% more cost-effective than current X86 based R5 instances) to optimize the performance and cost of workloads such as relational databases and big data analysis. For the workload that needs to occupy more memory such as memory database, customers usually use the X1 instance based on X86. Compared with the R6G instance, the X1 instance provides twice the memory for each vcpu. The memory capacity provided by the new x2gd instance per vcpu is the same as that provided by the X1 instance, but compared with the X1 instance based on X86, the performance price ratio can be improved by up to 55%. X2gd instance has the lowest memory cost per GB among all Amazon EC2 instances. It can support memory databases (such as redis, memcached, etc.), relational databases (such as mysql, PostgreSQL, etc.), data warehouse applications (such as Amazon redshift), electronic design automation (EDA), etc. In addition, in order to improve the application portability and infrastructure efficiency, more and more customers run containers on Amazon cloud technology. The x2gd instance makes it possible for them to bundle more memory intensive container applications on a single instance, thus reducing their total cost of ownership.

David Brown, vice president of Amazon EC2 for Amazon cloud technology, said, “it turns out that graviton2 processors are very popular with customers because they have greatly improved performance and significantly reduced the cost of various workloads. Compared with the current x1, the performance price ratio of the new x2gd instance can be increased by up to 55%; compared with the latest graviton2 R6G instance, the memory of each vcpu is doubled. At the same time, the cost of x2gd instance per GB of memory is the lowest in Amazon EC2. The x2gd instance enables customers to integrate their memory intensive workloads into instances with fewer vcus, achieving revolutionary performance improvements and cost savings. “

SmugMug is a platform that provides paid image sharing service, image hosting service and online video, on which users can upload photos and videos. The company provides digital and print media sales convenience for amateur and professional photographers. “SmugMug operates two major online photo platforms, SmugMug and Flickr, enabling more than 100 million members to safely store, search, share and sell tens of billions of photos,” said Andrew Shieh, SmugMug’s director of operations. Last year, we transited the cache server to the r6gd.8xlarge instance through a simple recompilation, which achieved 33% cost optimization and reduced latency. The large memory of the x2gd instance enables us to integrate the cache on the instance and closely match the workload. The cost per instance and the cost per GB of memory are further reduced by 28%. “

Synopsys, a S & P 500 company, has long been a global leader in electronic design automation (EDA) and semiconductor IP, providing a wide range of application security testing tools and services. Deirdre Hanford, chief security officer of Xinsi technology, said, “customers of Xinsi technology are increasingly using cloud computing to expand and accelerate the application of our product portfolio in SoC design process, including verification, k-base, simulation and digital design implementation process. After optimization, our main products, such as Synopsys VCs functional verification solution, introduce the x2gd instance supported by Amazon graviton2, and take advantage of its hardware performance and memory to enable our customers to accelerate SoC verification and design. “

Cadence is an important leader in the field of electronic design, with more than 30 years of professional experience in computing software. Nimish Modi, senior vice president of marketing and business development at cadence, said, “cadence’s computing software enables customers to implement electronic design concepts in a variety of end markets, including ultra large scale computing, mobile and 5g communications. We have successfully run the verification class and feature parameter extraction class products on the R6G memory optimization instance of Amazon graviton2, and have obtained outstanding cost performance advantages. The x2g instance based on graviton2 has larger memory capacity, which can run more efficiently and support more memory intensive EDA workloads. “

Arm is the world’s leading semiconductor IP development and licensing provider. Mark Galbraith, head of productivity engineering at arm, said, “technology has become ubiquitous in all industries, requiring more computing products in a shorter time, while using fewer resources to keep costs low. The design, verification and implementation of semiconductor IP is the most critical stage from the idea to the mass production of finished products. Our application practice shows that compared with the previous generation of X1 instance, the performance of running EDA workload on the x2gd cloud instance supported by graviton2 based on arm is improved by 45%. “

Video marketing in 2021 From Bitable 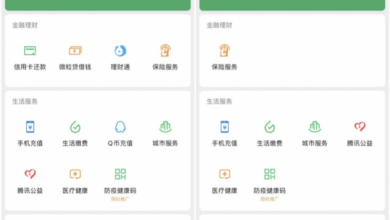 Select content, limit payment From The implementation of the new “uninsured law” and the upgrading of wechat youth model 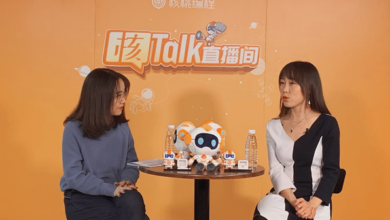 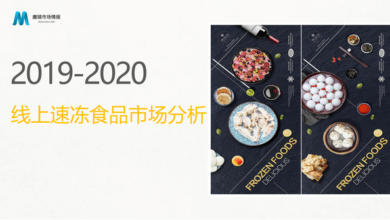