The following is the Dipu technology helps “smart Longhua” to build a smart government benchmark with digital innovation recommended by recordtrend.com. And this article belongs to the classification: Industry information.

Recently, the digital government project completed by Longhua District of Shenzhen City in cooperation with Dipu technology has built a new benchmark in the field of smart government with innovation strength and data empowerment. From confirmation of cooperation to project delivery, dip technology has helped Longhua District quickly reconstruct a set of data account application platform, build an exclusive handheld government affairs service hall and an unattended second batch service platform in a very short period of time, greatly improving the efficiency of citizens and enterprises, and making more and more people enjoy the dividend of improving the government’s digital ability.

In this year’s report on the work of the government (excerpted from the people’s daily), two terms appear very frequently, of which “innovation” appears 45 times and “science and technology” appears 24 times. In addition, in the outline of the tasks and objectives of the 14th five year plan, it is also clearly proposed to build a digital China during the 14th Five Year Plan period.

In order to meet the growing service needs of citizens and enterprises, under the dual promotion of national policies and local industries, Longhua District Government Affairs Service Data Management Bureau has been exploring the service mode of digital + government affairs since its establishment, and continuously optimizing the government affairs service ability in combination with national, provincial and municipal policies.

On January 7, 2017, Longhua District of Shenzhen was officially established as an administrative region. Although it is less than 4 years old, it is an economically developed area with a population of more than 3 million and a total of 435562 commercial entities (1517 Enterprises above the designated size and 2734 national high-tech enterprises). Since its establishment, Longhua District has been constantly exploring and advancing, and initially constructed the blueprint of “intelligent Longhua”. Under the rapid and healthy development, the 29 government departments under the jurisdiction of the region are facing the situation that data standards need to be unified and background data need to be exchanged. Therefore, it is necessary to find the collaborative cooperation of innovative data intelligent service providers, and look forward to the rapid flow of service experience and user data under the unified government system, so as to end the situation of “fighting for their own” of each department, and then produce large-scale data sharing According to the income.

From data to application, build the leading area of Digital Government

According to the “smart Longhua” development plan of Shenzhen (2017-2025), Longhua District has basically built the smart city version 1.0 based on digitization, networking and intelligence; “smart Longhua” covers many fields such as urban industry, transportation, environment, people’s livelihood, public safety, municipal administration and “government service”, and has produced a large number of urban management and public services Service data. How to rely on big data, cloud computing, artificial intelligence and other cutting-edge technologies to achieve data intelligence service application scenarios has become an urgent problem for Longhua District government.

From data to application, the realization process of data government

1. Technology base is the foundation and the necessary measure to build the ability of digital government

For Longhua District, dip technology has rapidly built a leading area of digital government affairs. Thanks to the powerful 2048 technology team, based on data intelligence, it has built a cloud native multi-mode real-time data warehouse with Fastdata as the core, and cloud native technology products with openkube as the core, which can perfectly fit into all kinds of application scenarios and provide a strong support for the construction and development of Longhua District’s government big data application Support.

2. Data standard is the core, which is the fundamental guarantee to improve the ability of government service

In the process of project construction, dip Technology participated in the preparation of Shenzhen smart city data account resource sharing application specification, which enables all kinds of government service data to flow rapidly in the whole region, and provides high-quality and reliable data for low code data application products such as label engine, process engine, rule engine and algorithm engine of deepexi DXP data intelligent experience platform. It realizes the innovation breakthrough of data application in cross level, cross system, cross department and cross business, and brings powerful technical empowerment for the improvement of government efficiency. It has truly realized the “data intelligence driven improvement of government service ability” and saved more than 50% of the working time for the citizens and enterprises in Longhua District.

In 2020, Longhua District has reported the application practice of data account to Shenzhen local standard “smart city data account resource sharing application specification”. At present, with the promotion of Longhua District government, dip technology is cooperating with Shenzhen Institute of standards and technology to actively promote the development of national standards for data account resource sharing application specification, which will create a new model of data management standards for the whole industry. It has far-reaching social significance to promote the construction of digital government and smart city, and form a new space intelligent scene of agility and convenience.

From data to application, digital government has achieved remarkable results

The Shenzhen Longhua district and the joint government and big data service platform, which is built by the technology of the United States, is an excellent practice of data intelligence service in the “Internet plus intelligent government”. It has important social value and the first demonstration effect. “Four innovations” have been realized in the field of government service

The data account designed by dip technology in Longhua District with individuals and enterprises as ontology is the first of its kind in China. Combined with the use of “smart city data account resource sharing application specification”, it solves the problem of cross level and cross department cooperation of government departments, innovates the application of information technology in the field of government affairs, and constantly explores new ontology data center to drive new business innovation.

Based on the data account, we solved the problems of the public’s difficulty and slow bidding, actively implemented the national and local policies, and launched innovative measures such as “second certificate”, “second filling”, “no sense bidding”, “second approval” and “free application and enjoy”, which laid a solid foundation for continuous exploration and innovation of government service mode.

At the same time of solving practical problems, Longhua District constantly innovates service means, accurately recommends the bidding items for the public, provides real-time data query, actively pushes the policies of benefiting the people and enterprises, and establishes “one person, one office” and “one enterprise, one office” with ontology as the center, responding to the requirements of the State Council on “equalization of government service resources”.

After the completion of the standardized management of government service data assets in Longhua District, Dipu technology and Longhua District began to explore the promotion of data application to a higher level, serving the fields of urban governance, risk early warning, economic operation, industrial chain analysis, accurate investment promotion, etc., and truly realized the goal of “managing with data, speaking with data, making decisions with data, and innovating with data”.

Through in-depth cooperation with Longhua District, dip technology has integrated digital capabilities into government services, helping Longhua District to quickly establish “exclusive handheld service hall” and “unattended second batch service platform” in three months. Among them, the dedicated handheld service hall based on the mobile terminal realizes the online and mobile government service, effectively solves the problem of insufficient offline government service resources, and successfully constructs the smart government core support system of data + scenario, which achieves the goal of “one second acceptance, hand-held” and plays an effective supporting role in optimizing the business environment, reducing the business time by more than 50% On the other hand, it was selected as “Longhua District 2020 key livelihood practical project”.

Based on the original examination and approval platform, Dipu technology assisted Longhua District Government in the construction of “no sense bidding”, “second approval” and other government services. As of 2020, more than 200 “second batch” items have been implemented in Longhua, with 170000 “second batch” business handled at district level, ranking second in the city.

In 2021, the number of patent transfer, license, pledge and other operations nationwide reached 485000, with a year-on-year increase of 19.7% From State Intellectual Property Office 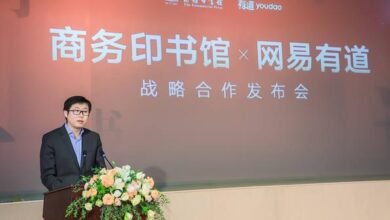 Continue the classics with technology From From reading to scanning the dictionary, Zhou Feng, CEO of Netease Youdao 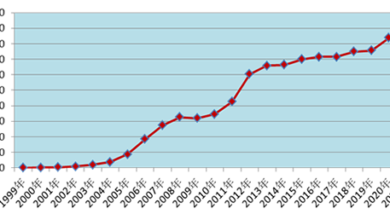 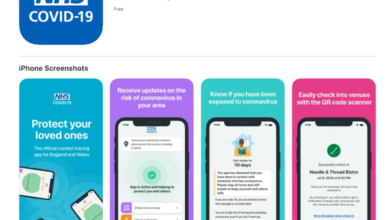