The following is the Apple watch’s global users will exceed 100 million in 2020 From Neil Cybart recommended by recordtrend.com. And this article belongs to the classification: Intelligent Watch, Intelligent hardware.

According to statistics compiled by analyst Neil cybart, apple watch crossed an important milestone in December last year when the wearable device reached 100 million users. In a study released on Thursday, cybart estimated that Apple watch usage is accelerating, with about 30 million users accepting the platform by 2020.

“With 100 million users, apple watch is Apple’s fourth largest product user group after iPhone, iPad and MAC. According to the current sales trajectory, the user base of Apple watch will surpass that of MAC in 2022, “cybart said. “It will take longer to surpass the iPad and, based on the current sales trajectory, it is likely to take a few years.”

According to the analyst, the four key factors driving the growth of Apple watch are: Extensible appearance, the practicality of wrist wearable devices, cool factors and apple ecosystem. 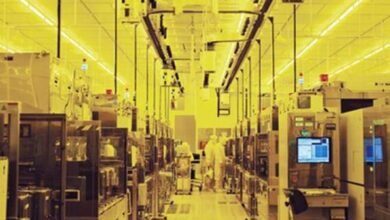 In September 2020, the sales volume of semiconductor manufacturers in North America will reach US $2.75 billion, up 40% year on year From SEMI 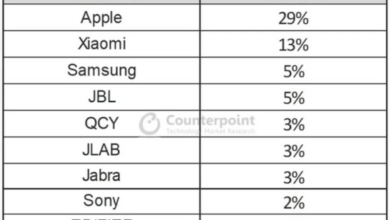 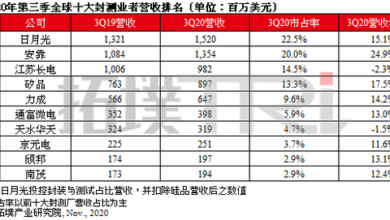 In the third quarter of 2020, the revenue of the world’s top 10 sealing and testing enterprises increased to 6.759 billion US dollars From TrendForce 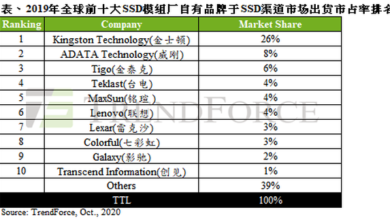