The following is the Global Smartphone Production is expected to reach 342 million in the first quarter of 2021, with a year-on-year growth of 25% From TrendForce recommended by recordtrend.com. And this article belongs to the classification: TrendForce, Intelligent mobile phone.

According to trendforce, thanks to the market share released by Huawei and the hot sales of Apple’s new phones, the total production of smart phones is expected to reach 342 million in the first quarter of 2021, up 25% compared with the same period last year. The performance in the first quarter is different from that in the previous off-season, with a decline of about 20% , down only 6% from the fourth quarter of 2020.

In the fourth quarter of 2020, the output of smart phones was 364 million, and apple won the quarterly champion

Looking back on the decline of global high-end mobile phone sales in 2020 due to the epidemic situation, Apple’s new 5g machine has stabilized its high-end market share, and it has adopted a positive pricing strategy. In the fourth quarter of 2020, its production volume will reach 77.6 million units, with a quarterly increase of 85%, surpassing Samsung to win the global champion, with the iPhone 12 series new machines accounting for 90%. In the first quarter of 2021, apple is expected to benefit from the continued hot sales of the iPhone 12 series, driving the total production to 54 million units, with new machines accounting for about 80%. In terms of product strategy, Apple will launch four new flagship computers in the second half of the year, and is expected to maintain a positive pricing strategy. In addition to the A15 bionic chip, the hardware will focus on optimizing existing functions, which can be regarded as an extension of the iPhone 12 series.

In the fourth quarter of 2020, Samsung ranked second with 67 million pieces of production, with a decrease of 14% in the quarter, mainly due to the crowding out effect of Apple’s new machine launch and the end of festival distribution in Europe and the United States. In the first quarter of 2021, in order to maintain high-end market share, Samsung released its new flagship Galaxy S21 in advance and offered pricing discounts to stimulate sales. It is estimated that the total production in this quarter will reach 62 million. Trendforce expects that Samsung will still win the first place in the world in 2021, but with the rise of Chinese brands, its market share will continue to drain, and its leading position in the market will be tested. In terms of product strategy, the galaxy Note Series and the fold series, which will focus on large screens in the future, are expected to be integrated into one. The main sales force is still Galaxy a series, which covers low to high-end products, demands high standard configuration and price advantages, and is famous for its high performance price ratio.

Oppo (including oppo, oneplus, real), Xiaomi (Xiaomi) and vivo had a production capacity of 50 million, 47 million and 31.5 million in the fourth quarter of 2020, ranking third, fourth and sixth respectively. In the first quarter of 2021, the three parties maintain optimistic production targets and actively layout the domestic and foreign markets; however, limited by the current shortage of wafer OEM capacity, the growth performance of the three parties in total production is limited. In terms of product strategy, the three companies are active in innovation and R & D of high-end products, striving to replace Huawei’s high-end mobile phone market. Meanwhile, Xiaomi and oppo are also competing for market share through redmi and realme series with high cost performance. Xiaomi is expected to be better in market share in the whole year due to its earlier layout in overseas markets.

Huawei’s high inventory strategy after the tension between China and the United States helps to mitigate the impact of US commercial sanctions. Its production target in each quarter is mainly to maintain stability. Therefore, Huawei still has a production performance of 34.5 million units in the fourth quarter of 2020, with a quarterly decrease of 21%, ranking fifth. If the relevant parts and components fail to obtain the shipping license before the end of the first quarter, it is estimated that the brand will face an obvious material supply gap at the end of the second quarter of 2021. In addition, since the beginning of 2021, Huawei’s sub brand honor has been officially separated. Similarly, due to the shortage of wafer OEM capacity, it is estimated that the production performance of new honor this year will be limited.

LG suspended the development of new cases, and the smartphone market ranked high in 2021

At the beginning of 2021, LG released the option to close or sell its mobile phone department, and suspended the development of new cases, adding variables to the smart phone market. In the past, lejin spared no effort in the innovation and R & D of high-end mobile phones, but its actual sales performance was not as good as that of Samsung and Apple’s high-end products; the middle and low-end products were suppressed by the price advantage of Chinese brands, and the mobile phone market declined year by year since 2016, and the production ranking fell to the ninth place in the world in 2020. After observing the trend, lejin’s sales market is concentrated in the Americas, and it is estimated that the market share will be received by private brands, Samsung, Xiaomi and other brands in the telecommunications industry.

Looking forward to 2021, with the global epidemic slowing down, the mobile phone industry close to people’s livelihood is also expected to gradually recover. Driven by the periodic demand for replacement and the new demand in emerging regions, trendforce Jibang estimates that the total number of smart phone production in the whole year is expected to rise by 9% to 1.36 billion. It is worth mentioning that due to the recent shortage of wafer foundry capacity, the supply of AP and tddi for smart phones is limited, and most brand factories can only schedule their production with the number of bottleneck materials available, which will blur the line between the low and peak seasons this year and reduce the growth rate of this season.

Forecast of revenue and growth rate of the world's major Fabs in Q1, 2021 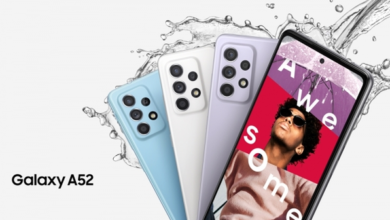 In 2021, the output of Samsung electronic smart phones exceeded 300 million 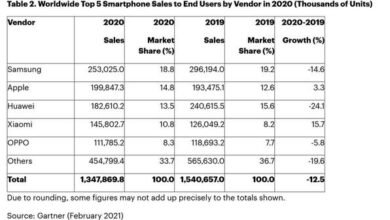 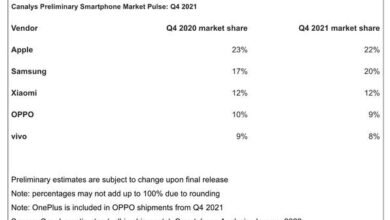 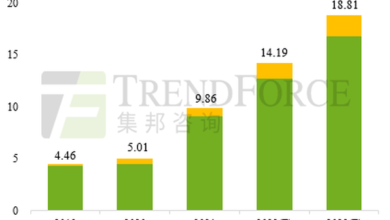 It is estimated that the global shipment of AR / VR devices will be 14.19 million units in 2022 From TrendForce