The following is the In 2020, the global smartphone shipment will reach 359.6 million units, a slight decrease of 2% over the same period last year From Canalys recommended by recordtrend.com. And this article belongs to the classification: Canalys, Intelligent mobile phone.

Today, IDC and canalys, two authoritative market research institutions, successively released their latest reports. The data details of the two sides are different, but they all point out that Apple will return to the top position in the world in the fourth quarter of 2020, and Xiaomi will be in the third place.

According to canalys, global smartphone shipments reached 359.6 million units in the fourth quarter of 2020, a slight decrease of 2% year on year. Apple sold 81.8 million iPhones in the quarter, the largest ever, up 4% from the same period last year.

Samsung ranked second, with 62 million units shipped, down 12%. Xiaomi, oppo and vivo are in the top five, each gaining shares from Huawei (including glory), which has been plagued by sanctions.

Huawei (including glory) ranked sixth in the fourth quarter of 2020, with 32 million smartphones shipped. It is also the first time in six years that it has fallen out of the top five in the world.

“The iPhone 12 is very popular,” canalys analyst Vincent thielke said. Apple has more advantages than its competitors in 5g. Due to the epidemic, the cost of air transportation continues to rise, and the power plug is omitted in the iPhone retail box, which reduces the weight and size and greatly improves the logistics efficiency. “

Detailed data are as follows: 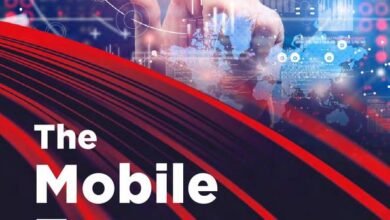 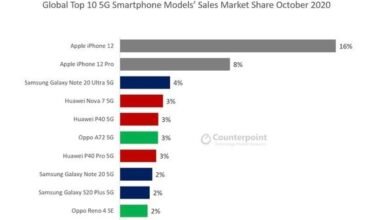 In October 2020, the world’s most popular 5g phone is the iPhone 12 From Counterpoint 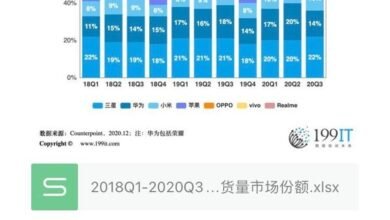 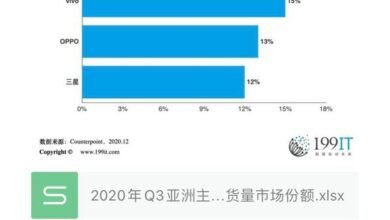