The following is the In 2020, the sales volume of smart phones in China will be about 307 million, a year-on-year decrease of 21%, From CINNO Research recommended by recordtrend.com. And this article belongs to the classification: Android, iPhone, Intelligent mobile phone.

2020 is an extraordinary year. The epidemic situation and complex international trade situation at the beginning of the year have put the whole consumer electronics industry through a huge test. According to the monthly domestic mobile phone sales monitoring data of cinno research, in 2020, the sales volume of smart phones in China’s market was about 307 million, a year-on-year decrease of 21%. This is the fourth consecutive year of decline since the first decline of domestic smart phone sales in 2017, falling to the lowest level of domestic smart phone sales in the past six years.

The main reason is that on the one hand, the negative impact of the epidemic, on the other hand, the market demand is delayed due to the insufficient stimulation of 5g smart terminal technology innovation on the market demand side. We predict that in 2021, the demand of China’s smart machine market will pick up, and the sales volume will reach 336 million, with a year-on-year growth of 9.4%. If the future international trade environment is favorable for the recovery of the industrial chain, and the promotion of 5g commercial development, China’s smart machine market will usher in a rising cycle.

1. Huawei divests glory, brand pattern will be adjusted in 2021, Xiaomi and apple are expected to rise

From the sales volume and share of each brand:

1.1 Huawei (including glory) sold 114 million smartphones. Affected by the U.S. ban, Huawei’s total sales decreased by 24%, but still ranked No.1 in 2020 China’s smartphone sales, with a market share of 37%, a year-on-year decrease of 1.5 percentage points, of which glory accounted for 41%, reaching 4, 6.64 million units, with a market share of 15%. After Huawei splits glory, China’s smart machine market will present a new pattern in 2021;

1.2 the sales volume of vivo (including iqoo) and oppo smart phones were 52.27 million and 47.84 million respectively, with a year-on-year decrease of 24% and 25% respectively. The market share was 17% and 15.6% respectively, which was equivalent to that of last year;

1.4 the sales volume of Apple’s smart phones is about 3, 7.51 million units, slightly lower than Xiaomi ranked fifth, with a year-on-year growth of 9%, and the sales volume was at the top Among the 5 brands, the only one with positive growth year-on-year, with a market share of 12.2% and a year-on-year growth of 3.3%. This is mainly due to Apple’s participation in large-scale price reduction promotion this year to stimulate the market. At the same time, the market performance of the new generation of Apple Mobile Phones listed this year is good. The total sales of iPhone 12 Series in the first month and the next month are much higher than that of Huawei mate 40 series listed in the same period, and apple is gradually seizing the high-end market of Huawei Market share.

3. The price of rigid OLED screen is sinking, and the penetration of flexible screen to high end is accelerating, driving the steady increase of OLED intelligent machine share

In 2020, the sales volume of OLED smart phones in China accounted for 40%, up 6% compared with 34% in 2019. This was mainly due to Samsung’s aggressive price strategy of rigid OLED mobile phone panel, which promoted the price of rigid OLED mobile phone panel to continue to penetrate into low-end smart phones. At the same time, the penetration of flexible OLED screens into high-end flagship models of various brands is accelerated. Apple’s new generation models are all equipped with flexible OLED panels. In the second half of 2020, the penetration rate of flexible smart machines will rise sharply from 9% in the first half to 19%, with a year-on-year growth of 10%, and the share of OLED smart machines will steadily increase. With the continuous release of OLED capacity and the development of folding screen technology, the penetration rate of OLED smart machine will continue to rise in the future.

4. The sales volume of 6.5 ″ and above models has increased to more than half, and the folding screen or mobile phone has become a new driving force for the growth of mobile phone size

5. FHD / FHD + resolution has become the mainstream, and 90hz + high refresh rate has become a new breakthrough for screen improvement

7. Flexible OLED screen will speed up its penetration into the high-end market, and the business opportunity of plug-in touch market is still in OLED

8. In 2020, the use area of glass cover plate of smart machine in China will decline for the first time, with a year-on-year decrease of 12%

With the development of 5g smart phones, the penetration rate of smart phones equipped with glass cover (both front cover and back cover are made of glass) will increase to 69% in 2020, with a year-on-year increase of 13 percentage points.

Due to the significant increase in the number of smart phones with 6.0-inch and above screens in the past two years, the penetration rate of smart phones with 6.5-inch and above glass cover has exceeded half by 2020, and the size and area of mobile phones continue to increase, only with the help of new large screen products such as folding screens. As a result, affected by the epidemic situation, the area of glass cover of smart phones in China will decline for the first time in 2020, with a year-on-year decrease of 12%.

Looking back to 2020, despite the impact of the epidemic and the challenges brought by the Sino US trade conflict, China’s smartphone market still shows its vigorous vitality. Under the continuous pressure of the United States, Huawei stripped off its glory and “broke its arm to survive”. Although it had a little influence in the whole year, it still maintained its first position in the domestic market. Other leading brands actively planned to compete for Huawei’s market share and developed rapidly. The fierce market competition is both a challenge and an opportunity. On the one hand, it will lead to the reshuffle of the market competition pattern. On the other hand, it will also promote the continuous development of new technologies of smart phones. 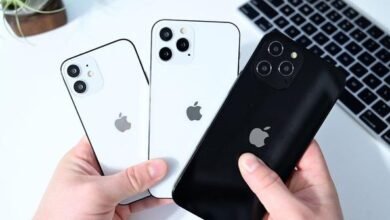 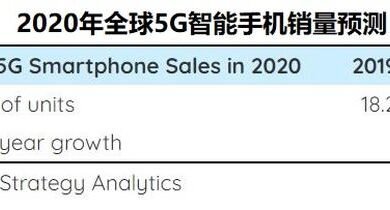 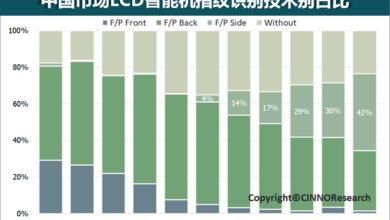 In the third quarter of 2020, the penetration rate of smart phone fingerprint identification in China market will increase to 82% From CHINA 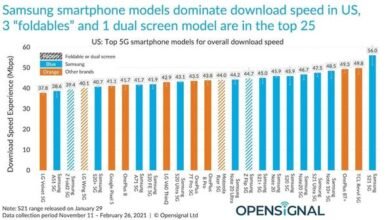