The following is the In Q2 of 2021, the global smartphone shipment reached 299 million units, with a year-on-year increase of 6.9% From Omdia recommended by recordtrend.com. And this article belongs to the classification: Intelligent mobile phone.

Samsung topped the list, with a shipment of 57.3 million units, a year-on-year increase of 5.6%, compared with 54.3 million units in the same period last year. The decline in shipments in the second quarter was mainly due to the limited supply of key components and the spread of the variant covid-19 delta strain in Samsung’s production bases in India and Vietnam, resulting in the reduction of production facility operations.

Xiaomi ranked second in the second quarter of this year, with a shipment of 49.9 million units, a year-on-year increase of 72.9%. Due to the spread of covid-19 delta mutant strain in India in the second quarter, Xiaomi’s smartphone production also decreased. However, compared with Samsung, the decline in shipments is relatively small. This quarter did not see the expected decline in Xiaomi shipments month on month, but increased slightly by less than one percentage point. The significant growth of Xiaomi’s sales in international markets outside the Asia Pacific is the main reason for its increase in shipments.

Apple ranked third in the world, with a year-on-year increase of 7.5%, thanks to the recovery of demand in developed markets and the increase of demand for high-end smartphones in emerging markets.

Huawei’s shipments continued to decline, with 9.8 million units shipped in the second quarter of this year, a year-on-year decrease of 74.6% and a month on month decrease of 33.3%.

The shipments of Tecno, the smartphone brand of voice company, increased by 35.7% year-on-year, from 5.3 million in the second quarter of last year to 7.1 million in this quarter.

Glory ranked 10th in smartphone shipments, with 6.7 million units shipped in the quarter, an increase of 86.1% over the first quarter. Glory officially calculated and shipped independently from the first quarter of 2021. With the gradual recovery of supply chain resources and the orderly release of products, glory’s market share is gradually recovering.

Market performance in the first half of 2021

The shipment ranking in the second quarter also largely reflects the situation in the first half of the year.

In the first half of this year, Huawei still maintained the sixth place in the world with a shipment of 24.5 million units. However, due to well-known reasons, it still decreased significantly by 66.9% compared with the same period last year.

Motorola and realme ranked seventh and eighth respectively with a small gap, with shipments of 23.2 million units and 22.8 million units in the first half of this year.

Jusy Hong, market research director of omdia mobile device, said: “although the global smartphone was affected by the spread of new crown delta mutant strain and component shortage in the first half of the year, the shipment volume still increased year-on-year in the second quarter. However, due to the continuous shortage of supply and reduced demand, it is expected that the shipment volume in the third quarter will turn to negative growth compared with the previous year. “ 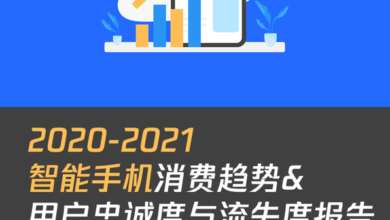 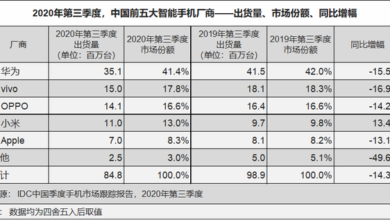 In the third quarter of 2020, China’s smartphone market will ship about 84.8 million units, down 14.3% year on year From IDC 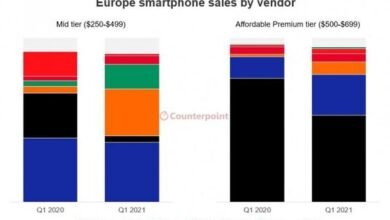 Half of the smartphones sold in Europe already support 5g, and Huawei’s departure has pushed up the overall price From Counterpoint 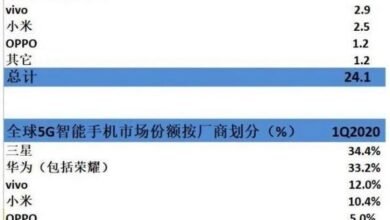 In 2021, global 5g mobile phones shipped 135 million in Q1, an increase of 6% on a month on month basis From Strategy Analytics