The following is the In the first quarter of 2021, global smartphone shipments reached 353 million units, up 28.1% year on year From Omdia recommended by recordtrend.com. And this article belongs to the classification: Intelligent mobile phone.

In the context of global semiconductor shortage, although the smartphone market has a significant recovery, 2021 is still a transitional period. Huawei’s role in the market will continue to change. LG’s announcement that the smartphone business will withdraw from the market will affect the competition of other players in the mid market.

Samsung’s shipment ranked first, with 76.1 million units, up 29.2% year on year, compared with 58.9 million units in the first quarter of 2020; It was 22.8% higher than the 62 million units in the fourth quarter of last year. The early update of Galaxy S series made it compete for part of the market share from apple in the first quarter of 2020. However, in the long run, the shipment of its s and note products continues to be under pressure. This year, Samsung will abandon the update of note series and focus on its folding flagship and the latest series of devices in a series.

Apple continues to benefit from the delayed launch of the iPhone 12 series, which hit an all-time high in the fourth quarter of 2020. In the first quarter of this year, 54.6 million iPhones were shipped, up 46.5% year on year. There is no doubt that Apple continues to dominate the high-end smartphone market.

Oppo and vivo continue to compete for fourth and fifth places in the global rankings. In the first quarter of this year, vivo shipped 38.2 million units, slightly higher than oppo’s 37.8 million units. Compared with the first quarter of 2020, the shipment volume of vivo increased by 95.9% and that of oppo increased by 85.3%. Compared with the fourth quarter of 2020, the shipment volume of vivo and oppo increased by 10.7% and 11.11% respectively. The main reasons for Huawei’s growth are the active development of the international market and the rapid capture of Huawei’s share in China’s local market.

Huawei’s global smartphone shipments fell out of the top five in the first quarter of 2021 to 14.7 million units, a 70% decrease from the first quarter of 2020. Even after a quarter of the new US administration, there is no sign that the US technology ban on Huawei’s related components and software is coming to an end. The global shortage of parts also puts additional pressure on the company as suppliers are more willing to seek cooperation with more stable suppliers.

The previous Huawei subsidiary, horn, shipped 3.6 million units this quarter, the first time the company has shipped as an independent entity.

Motorola’s shipment increased by 128.1% year on year, from 5.5 million in the first quarter of 2020 to 12.6 million this year. With the end of LG’s smartphone business, omdia expects Motorola to have the opportunity to further increase its shipments in 2021, as both companies focus on North America, Latin America and the Caribbean and have similar product positioning.

The shipment volume of realme increased by 86.9% year on year to 11.4 million units, up from 6.1 million units in the first quarter of 2020, ranking eighth in the world.

Tecno, one of the smart phone brands controlled by transonic, saw a year-on-year growth of 133.4%, from 3.5 million in the first quarter of 2020 to 8.2 million in the last quarter. Tecno’s shipment also increased by 6.5% month on month. The brands of transition series are mainly concentrated in the African market. At the same time, they are actively exploring some emerging markets in the Asia Pacific region, such as Pakistan and Bangladesh, where there is still a large demand for replacement of functional mobile phones.

LG is in tenth place. The company will withdraw from the smartphone market in the summer of 2021, with a year-on-year growth of 26.2%, from 5.4 million in the previous year to 6.8 million. Compared with the previous quarter, LG’s shipment volume decreased by 18.9%.

Gerrit Schneemann, chief analyst at omdia, commented: “the smartphone market continues to show resilience in the face of multiple challenges. The global shortage of spare parts is enveloping the whole market. On the other hand, Huawei and LG, two well-known smartphone brands, will disappear from the global smartphone market this year, opening the door for other brands to enter new markets and reach new buyers. “

2021 travel photography report: the fastest growth after 70:00 From Fliggy 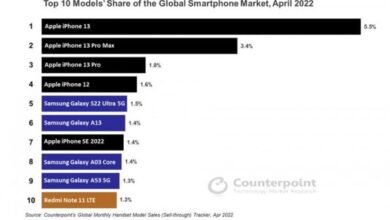 In April 2022, iPhone 13 was the best-selling smartphone, accounting for 5.5% of the market From Counterpoint 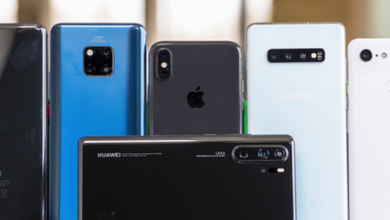 In February 2022, the sales volume of smart phones in China was about 23.48 million, down 20.5% year-on-year and 24% month on month From Counterpoint&CINNO 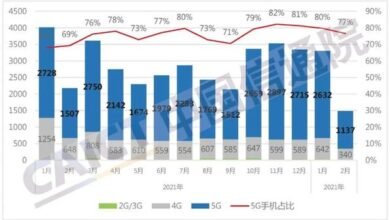 In February 2022, the domestic market shipped 14.864 million mobile phones, with a year-on-year decrease of 31.7% From China Academy of Communications 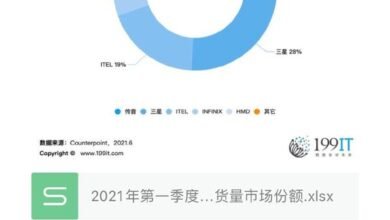