The following is the Q2 mobile phone market report in 2021 second hand iPhone 11 appreciate slightly From Turn around recommended by recordtrend.com. And this article belongs to the classification: iPhone, Intelligent mobile phone.

Zhuanzhuan group released the mobile phone market report for the first quarter of 2021, which shows that 5g mobile phones dominated the domestic new phone market in the first quarter of this year, with Xiaomi ov playing the “leading role”; in the second-hand market, the prices of some models such as iPhone 11 and Huawei P40 (5g) increased slightly.

Analysts from Zhuanzhuan group’s data analysis department said that the continuous growth of 5g mobile phone shipments will lead to further release of replacement demand. In addition, the market impact of Huawei and glory’s “separation” is beginning to show, and Xiaomi ov is expected to gain more market share. Affected by the increase of new machine market shipment, the overall transaction price of mobile phones in the second-hand market showed a general downward trend.

According to the report, in the first quarter of this year, on average, new mobile phones were launched in the domestic market every two days, and a new mobile phone press conference was held every six days.

According to the data of China Institute of information technology, 81 new models were launched from January to February this year, with a year-on-year growth of 58.8%; the total shipment volume of domestic new machine market reached 61.879 million, with a year-on-year growth of 127.5%. Among them, 5g mobile phones accounted for half of the total, with 48 models released, accounting for 59.3% of the market and 68.4% of the shipment volume.

Analysts at Morgan Stanley point out that Apple’s iPhone shipments are expected to grow 150% year on year in January this year, and the iPhone’s performance will remain strong in March and even the whole first quarter. In the second-hand market, the mobile phone market of Q1 Zhuanzhuan group shows that apple is still the most popular mobile phone brand. In the first quarter, the proportion of iPhone transaction reached 38.60%, and the transaction volume increased by 19.88% month on month.

Analysts from Zhuanzhuan group’s data analysis department said that with the rapid increase of 5g mobile phone shipments in the new machine market, users’ demand for replacement will be further released, which will drive the rapid growth of used machine recycling business in the second-hand market. 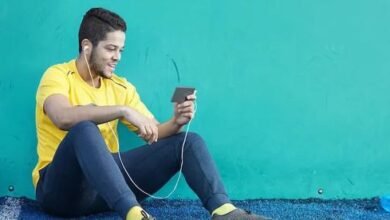 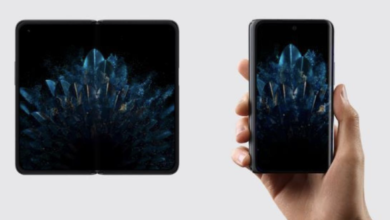 In 2021, the global shipments of folding screen smartphones reached 8 million From JW Insights 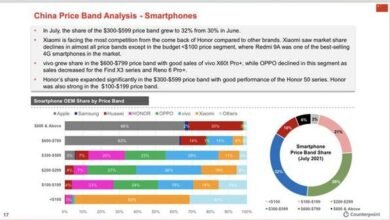 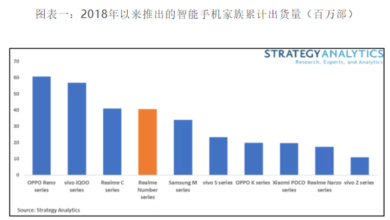 The cumulative shipment of realm number series is 40.6 million units From Strategy Analytics