The following is the The iPhone 12 Pro model is expected to boost global smartphone quarterly shipments by 50% year-on-year From Digits recommended by recordtrend.com. And this article belongs to the classification: iPhone, Intelligent mobile phone.

According to the analysis of DIGITIMES research, Apple’s iPhone 12 Pro model will make an important contribution to the 50% year-on-year growth of global smartphone shipments in the first quarter of this year. The shipment speed of iPhone 12 pro and iPhone 12 Pro Max is expected to keep pace with the increase in the shipment volume of Chinese brands eager to fill the global market vacuum left by Huawei. Finally, the global smartphone shipment volume is expected to reach 340 million units in the first quarter of 2021.

According to DIGITIMES research, Apple’s total iPhone shipments are expected to exceed 60 million in the first quarter of 2021, compared with more than 90 million in the previous quarter. In the six months to March 31, 2021, apple is likely to become the largest manufacturer, with a total shipment of more than 150 million units, an increase of 38% over the same period last year.

J.P. Morgan analyst samic Chatterjee recently claimed that despite the decline in demand, iPhone 12 series quarterly shipments continued to enjoy a 13% year-on-year growth, while wedbush analyst Daniel Eve said that Apple’s “confidence has improved” and believes that the 5g LED product cycle will extend far into 2022.

World employment and social outlook in 2021 From International Labor Organization 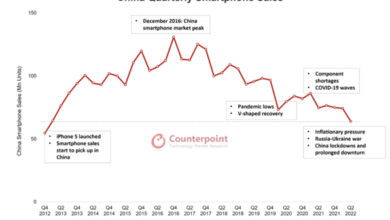 In the second quarter of 2022, the sales of smart phones in China fell by 14.2% year-on-year From Counterpoint

In Q2 of 2021, the sales volume of smart phones in China was 75 million, down 13% month on month From Counterpoint 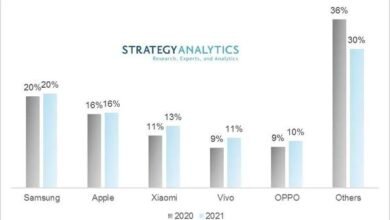 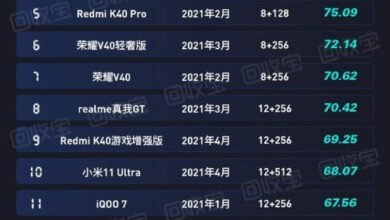