The following is the Big data of women’s wine purchasing From one thousand nine hundred and nineteen recommended by recordtrend.com. And this article belongs to the classification: Life data, User Research.

As the main force of the consumer market, women not only have more consumer sovereignty, but also affect the development rhythm of many industries and the rise and fall of the market to a certain extent. Today, this trend is reflected in the wine market, which is traditionally dominated by men.

As a new head platform for domestic liquor retail, 1919 has more than 11 million users. Among them, female users occupy an increasingly important position in terms of proportion, unit price, and the fluctuation of liquor sales. “Her power” is becoming more and more prominent. To this end, 1919 released “1919 female users buying wine big data” on the eve of the 38th Festival, hoping to provide the industry with more dimensions, more comprehensive to meet and comply with this force.

For a long time, men are the main force of alcohol consumption market, but this situation has changed in recent years.

|Women’s consumption power soars with the help of “arrogance”

In recent years, with the improvement of women’s economic strength and spiritual freedom, shopping consumption shows an explosive growth, and consumption is closely related to happy life index. In many industries, women’s unit price and growth rate are much higher than men’s, and women’s consumption concept of “pleasing themselves” is becoming stronger and stronger. More and more women are willing to pay for their own needs. In the beverage industry, there is no exception. Many women holding the power of family economy are more energetic in the wine consumption market.

In the big data released in 1919, the main consumption force shifted to the post-80s and post-90s. Among the female users, the post-80s and post-90s accounted for the largest proportion, accounting for 32.83% and 32.63% respectively. These two groups showed great enthusiasm for alcohol consumption and became the strength “gold owners” that can not be ignored. Some women in the post-60s and Post-70s still love wine products and have relatively fixed expenditure. Although the proportion of female users in the post-00s is small, in the long run, they are the potential force in the wine consumption market, and the pursuit of fashion and trend and novel consumption concept after the post-00s will also become an important factor influencing the innovation of wine brands and the rise of new brand new products.

This trend has also been confirmed in the “insight report on young people’s drinking consumption in 2020” released by the business data center of China first finance and economics. Young women continue to exert their power in drinking consumption. In the post-90s group, the number of female alcohol consumers and the growth rate of consumption are both higher than that of men, and “female drunkard” has occupied half of the post-90s drinking group. It is not difficult to see that liquor sales in the new era are facing a new generation of major consumer groups. The post-90s single women have gradually adapted to the title of single dog and old aunt. The complicated work has changed their understanding of singleness. Instead of reveling in solitude, it is better to be a “one-man drinking drunk” soloist.

|Which areas can women drink the most?

There is a huge base of alcohol consumers. Consumers in different regions have different understanding and hobbies of wine. So, which regions can women drink the most?

The top five provinces with female users are Jilin Province, Chongqing City, Sichuan Province, Hunan Province and Guizhou Province, with an average of 36.40%.

In the municipal market, Chongqing, Chengdu, Guangzhou, Shanghai and Beijing are the top five cities in terms of the number of female users, all of which are first-line or new first-line cities, which also shows that women in these cities have a higher acceptance of new wine retail.

|Who is the favorite of diversified consumption?

In the post material age, people’s consumption of wine is gradually from price sensitive to value sensitive. People are more in pursuit of personal emotional needs, brand value, social value, collection value and so on. Various consumption purposes make different consumption choices. Modern independent women also love wine as a social tool to show their personal value. Women who drink red wine are more romantic. The more capable women who drink Baijiu have become the general public’s cognition. So, what are the wine categories that female users consume the most?

In the “1919 female users shopping data”, we can see that in 2020, the most consumed female consumers were red wine category, accounting for 35.19%, which is not beyond the habit of people. However, Baijiu ranks 23.01% in the second place. Baijiu enterprises need to pay more attention to the needs of female consumers.

From the perspective of the user structure of different wine categories, the proportion of female users is different, but on the whole, it is increasing. In 2020, compared with 2019, the growth rate of fruit wine with the smallest increase in the proportion of female users has also reached 36%, while beer has reached a staggering 249%, which also reflects that there are still huge opportunities for each category in the female consumer market.

To sum up, the powerful “she power” can not be ignored by the liquor industry, especially its increasing consumer groups and consumption capacity, will certainly form a change thrust for liquor enterprises and liquor categories. As the largest wine vertical e-commerce and new retail platform in China, 1919 will continue to enrich and improve its ability to mine consumer behavior and habits, conduct in-depth analysis and judgment, and promote the industry to embrace this surging “she power”. Read more: cbndata: why do we love wonder woman more? Social report: Beishang Guangshen single women’s online social insight (with download) MIT China Mobile: insight report on digital life of silver haired people in first and second tier cities in 2020 cbndata: Research on online gold jewelry consumption after 95 (with download) Netease: Portraits of empty nest young people 1 / 3 of their online time is spent on social media Australian millennials: shaping the future of real estate (with download) 2015 Chinese youth lifestyle survey Apple IOS icon color popularity ranking American Academy of Pediatrics: children under two should stop using smartphones Instagram post analyzes the secrets of fashion brands in social media

Lottery sales in different regions of China in January 2021 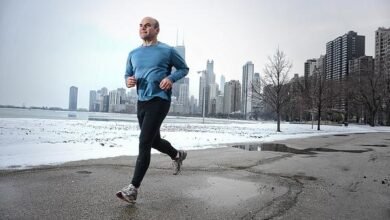 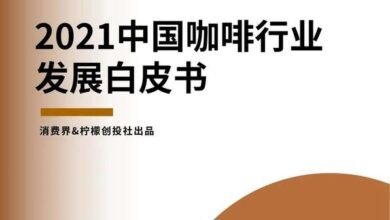 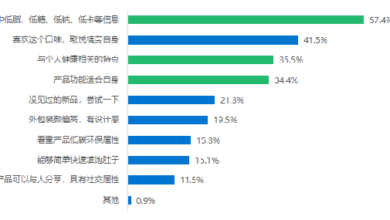