The following is the Big data report on salary of Beijing human resource market in 2020 From Beijing Bureau of human resources and social security recommended by recordtrend.com. And this article belongs to the classification: Life data.

It is understood that in 2020, the salary survey report of enterprises in Beijing will adopt the mode of “online” and “offline”. Among them, the “offline” data involved 4259 enterprises in Beijing and 726000 employees; the “online” data involved 90000 enterprises that published jobs in Beijing throughout the year, 4.7 million social job seekers living in Beijing throughout the year, and 290000 graduates from colleges and universities. The publication of the report will further give full play to the function of “data” of enterprise salary survey as an important factor of production, so that the data can better serve the society.

In recent years, the Municipal Bureau of human resources and social security has continuously established and improved the system of enterprise pay surveys and information release, making full use of modern information technology such as “Internet plus”, AI and big data. The professionalism of pay surveys has been continuously enhanced, and the scientific nature of data mining methods has been improved. The quality of big data has increased year by year, and consultations have been made in the service of capital enterprises and workers. It plays an important role in improving the level of labor, reasonably determining the internal distribution structure, and promoting the linkage between labor factors and the market.

Salary is one of the important factors to attract talents, and higher salary level is an important support to maintain Beijing’s relative competitiveness. According to the average salary data of Urban Non private sector employees in 2019 released by the statistical departments of various cities, among the first tier cities in China (Beijing, Shanghai, Guangzhou and Shenzhen), Beijing’s enterprise salary level is in the forefront, with an average salary of 166800 yuan, ranking first among the four first tier cities.

In the report, from the perspective of median salary price of offline survey, the top three industries in 2019 are financial industry (269400 yuan), power, heat, gas and water production and supply industry (126700 yuan) and information transmission, software and information technology service industry (115800 yuan). The median salary of culture, sports and entertainment industry grows fastest, rising to the sixth place (106100 yuan) in 2019.

“Beijing Smart manufacturing” industry is an important starting point for the capital to implement the innovation driven strategy. Online salary survey data shows that compared with other industries, the salary growth rate of “Beijing Smart manufacturing” industry is generally faster. Taking new materials and new generation information technology industries as examples, the median value of salary in 2019 will increase by 41.48% and 41.26% respectively, which is faster than the same period level of industry categories. In horizontal comparison, the median salary of artificial intelligence, integrated circuit, software and information service industries ranked the top three, indicating that Beijing, as a national science and technology innovation center, drives innovation through salary competitiveness, and strives to take the lead in breaking through the “bottleneck” technology. See the following table for the salary of “Beijing Zhizao” industry:

At the same time, in terms of serving the construction of “two districts” and “three platforms”, the salary survey data of relevant industries and regions released by the municipal human resources and Social Security Bureau has played a role of market vane. Salary survey data show that Beijing has significant competitiveness in service industry, financial industry and other industries.

Cbndata: why do we love wonder woman more? National human resources and social security: minimum wage standards for all parts of the country in 2019 Shanghai top financial new media & BBD: Yili consumption upgrading index report in May 2018 (attached with download) in China, it is not enough to focus on one right key. WTW: 2017 global welfare survey report (attached with download) tuhu car maintenance: report on online maintenance behavior of China’s auto users in 2018 is outstanding: insight into China’s daily chemical consumer goods industry (attached with download) NOAA: it has been found since July 2019 The hottest month: PNAs, the top international magazine: people who love to make friends are more likely to live a long life. A survey of 60 square meters of housing cost in cities around the world shows that 1 / 4 people suffer from “low electricity anxiety”. IResearch: Research Report on Chinese local and international beauty and skin care brands and marketing in 2020 (with download) interesting headlines & surging news: report on Internet life of the elderly in 2020 meituan Research Institute: 2020 Insight into life and work of small shop owners in service industry (with download) men account for 83% of the management of Tesla US diversification report in 2020 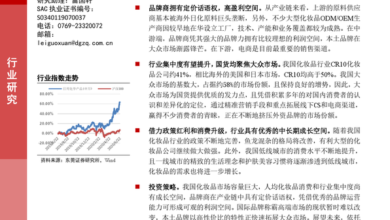 In depth report of cosmetics industry in 2020 From Dongguan Securities 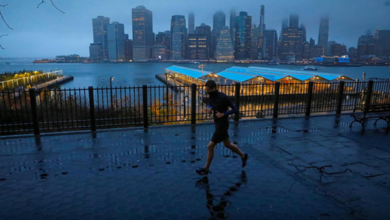 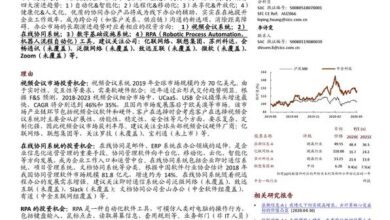 How the epidemic situation changes our working habits From Digital office