The following is the Which blood type of people live the longest? recommended by recordtrend.com. And this article belongs to the classification: Life data.

According to the ABO blood group classification system, human blood groups can be divided into four major categories – A, B, AB, O, and eight according to Rh antigen positive / negative.

The common or rare degree of a blood group varies with race, ethnic background and other factors. Most of the time, the purpose of blood type test is to donate blood safely or accept other people’s blood transfusion. Of course, it also has a fingerprint like ID function, which plays a key (but not absolute) role in determining whether the child belongs to himself or “the old king next door”. But what many people don’t know is that being in a certain blood type may mean that you are prone to some diseases, or that you may be a predictor of longer life. Because the ABO antigen of our blood group is not only expressed on the surface of red blood cells, but also exists in other human tissues, which provides a theoretical basis for various health outcomes of ABO blood group outside the blood system.

Earlier studies have shown that type a blood is associated with high levels of LDL (“bad”) cholesterol, while type AB blood is associated with inflammation, which are risk factors for heart disease. In 2012, researchers from the Harvard School of public health pooled data from two long-term studies, tracking 89500 adults over a 20-year period, and found that, compared with people with type O blood:

People with type AB blood are 23% more likely to have heart disease.

The risk of patients with type B blood increased by 11%.

People with type a blood increased the risk by 5%.

And the association did not change with the multivariable adjustment of other risk factors or dietary factors.

Regarding the potential mechanism of increased risk, the authors point out that plasma factor VIII VWF levels are about 25% higher in non-O group individuals than in O group patients. Elevated levels of factor VIII VWF have previously been identified as a risk factor for coronary heart disease.

A cohort study from Taiwan included 339432 healthy people with laboratory based blood groups. After adjusting for age, gender, education, smoking, drinking, physical activity and body mass index, the study showed that compared with type O blood, type a blood was significantly associated with the risk of gastric cancer and mortality, while non-O blood was associated with the increased risk of pancreatic cancer. On the contrary, compared with type O, type AB blood was inversely correlated with the risk of renal cancer.

Part HRs screenshot of the incidence rate of cancer in general and specific etiology by ABO blood group.

Similarly, although we can’t change the blood type, we still have some ways to reduce the risk of cancer, such as paying attention to a healthy diet, eating more fruits, vegetables, whole grains, fish, etc., exercising regularly, and avoiding smoking. To avoid Helicobacter pylori infection is an important measure to prevent gastric cancer. Some experts believe that people with type a blood may overreact to this kind of bacteria, thus increasing the risk of cancer.

The ABO gene is associated with decreased brain function and memory. Compared with people with type O blood, people with type A, B and AB blood are 82% more likely to have cognitive and memory problems (which may lead to dementia).

Therefore, it is suggested that blood type may affect the development of nervous system, and the mechanism needs to be further explored in the future. In daily life, we still need to exercise regularly, avoid excessive stress, and get enough regular sleep to maintain strong cognitive function.

Having said so much, we all know that there are many factors affecting diseases, of which blood type is only one, and there may be contradictions in different studies. In the end, they may all have to return to a rigid index life span. Logically speaking, the above research has been extended to the potential association between ABO blood group and life span, but in the mid-20th century, some studies began to try to explain the differences in life span between individuals with different blood groups. So will people of different blood groups really live different lives? What kind of blood group lives longer?

Is blood type related to longevity?

The findings of two studies on centenarians are contradictory. In 269 Japanese centenarians, the proportion of type B blood was higher (29.4%). In contrast, studies in the United States have concluded that type B is not so much associated with longevity as a sign of early death.

Therefore, the relationship between blood type and life span is still inconclusive. There are several possible explanations for these differences. For example, any identified association may be population or location specific. In addition, different conclusions may be affected by methodological differences, including potential pitfalls in this field. Sampling errors and racial or ethnic stratification may also be the reasons for different conclusions drawn by different research groups. Importantly, race and racial factors also lead to differences of ABO gene distribution as high as 5% – 20% in the population of the same country or even the same city. Similarly, sampling errors can lead to differences of up to 4% between samples from 1000 individuals.

If the association between blood group and life expectancy is to be clear, it is important to elucidate the mechanisms that contribute to this interaction, in part because any viable changes that could potentially have a negative impact on longevity can be evaluated. However, because ABO population is an unchangeable human characteristic, any research on the relationship between ABO blood group and life expectancy may only be attributed to “quite interesting” facts, rather than “clinical reality”.

Although there are many studies on the relationship between blood group and health, it is still too early to guide clinical practice. However, the so-called “blood type diet” has been widely spread. “Blood group diet” suggests that people with type a blood should mainly take plant-based diet, while people with type O blood should mainly take meat. This claim was rejected by a recent study published in the Journal of nutrition and diet, whose main findings were published in the November 30 issue of the Journal of the American Medical Association, network open.

Blood Type Is Not Associated with Changes in Cardiometabolic Outcomes in Response to a Plant-Based Dietary Intervention.DOI:https://doi.org/10.1016/j.jand.2020.08.079

Taking into account the potential link between blood group and diet, the researchers took an additional step to conduct a secondary analysis among participants in the intervention group of a 16 week randomized clinical trial. They analyzed whether the effects of plant-based dietary interventions on weight, blood lipids, and glycemic control were associated with ABO blood groups, and found no difference.

In short, at present, the relationship between blood type and health is becoming more and more clear in the increasingly mature research, but there are many contradictions in the research on the relationship between blood type and actual life span, and it may take some time to solve these mysteries. But we can be sure that no matter what health risks blood type indicates, we pay more attention to healthy diet and exercise in our daily life, which will always bring benefits to reduce the risk of various diseases.

BMJ: nearly 80000 people’s data show that menstruation is related to longevity. Do people in their 60s go back 25 years ago? This therapy alone! American Heart Association: long stature in the eyes of scientists, “waist hip ratio” may affect life span popular science: two determinants of “hunger and anger” University of Southern California: research finds that people who drink coffee have a 12% lower mortality rate University College London: research finds that if a person makes positive changes in his life, his spouse may follow suit cbndata: why do we Love wonder woman more? Emarketer: the challenge of cross channel data integration: who is more generous between the “poor” and the “rich”? The Atlantic: data research money really can buy happiness Flowers and juveniles: the moral meaning of population growth (download) Arizona State University: research shows that the lowest mortality and incidence rate of sleep for seven hours is the lowest late night work. The gene “lying gun” United Nations: 2020 of the total population is expected to reach 9 billion 700 million in the UK. University of London Kings College: what kind of little Ding Ding is best seen in the eyes of women?

Outlook for U.S. Telecom, media and entertainment industry in 2021 From Deloitte Consulting

Top 10 semiconductor manufacturers in 2020 From Gartner 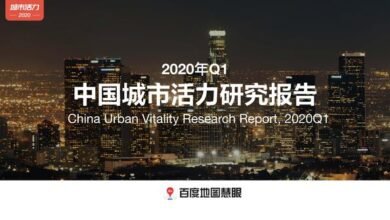 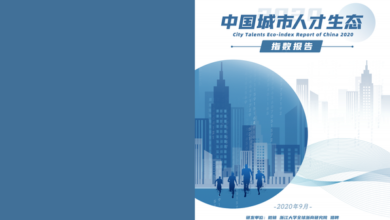 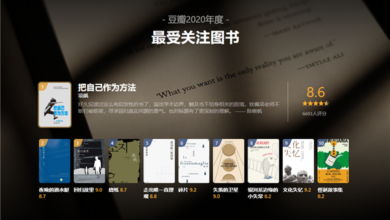 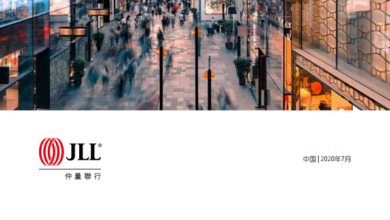