The following is the April 2021 game rankings From Master cicada recommended by recordtrend.com. And this article belongs to the classification: Mobile games.

From the top 30 of the game download list, the competitive April game market is full of surprises and reasonable. The surprise here refers to the fact that there are 8 new tours successfully crowding into the top 30, among which the new tour “accidentally” crowding out “peace elite” and seizing the top 2 position.

It is reasonable that “the glory of the king” still tops the list with 2546800 downloads, and no one can shake it. Among the new games on the list, most of them are from Dachang, including the legend of Ogilvy, walnut diary, national Miracle 2 of Tencent, Voyager King’s blood route by byte beat, and the fantasy adventure of Princess Canterbury and knight awakening champion’s sword by B station. Among them, Voyager King’s hot blood route, which is jointly produced by byte beat’s Chaoxi guangnian and China mobile travel, is the new tour that successfully squeezed out “peace elite” to occupy the top 2 position.

According to master cicada’s data, in April’s game download list, “glory of the king” ranked first, with an average daily download volume of 88600 times / day in the past 30 days, and the peak download volume in April was 191000 times on April 9.

The daily average download volume of “Voyager King’s Blood Route”, which is newly listed on the top 2, is 154000 times / day in the past 30 days, and the peak download volume in April is 264000 times on April 24. Although the daily average and peak download volume of the game exceed that of King’s glory, due to the late launch time of the game (April 22) and the straight downward trend of data at present, we can boldly predict that Voyager King’s blood route will not shake King’s glory.

Another new Tencent game, legend of Ogilvy, had an average daily download volume of 55000 times per day in the past 30 days. The peak download volume in April was 244100 times on the first day of the game launch on April 14. Since then, like most new games, it has shown an obvious downward trend.

In addition, the new games on the list in April include Guofeng Xiuxian’s mobile game “ask the fairy in the cloud”, q-version cartoon style strategy business game “my hotel” and hand-painted leisure mobile game “meet your cat”.

Judging from the estimated download data of these new games on the list, they basically show a trend of high opening and low going, and the decline is obvious. Xiaobian speculates that this may have something to do with the current mobile game environment: at this stage, whenever there are big companies promoting new games in China, they usually do a lot of work on game preheating, including game booking, online shopping promotion, apple recommendation, etc. But after the game was officially launched, the external promotion was reduced, and the new users of the game tended to be saturated, resulting in the obvious decline of download data.

In April, there was little change in the revenue list of popular games. On the whole, it was still firmly controlled by big game companies, and there were no grassroots games and developers.

It is understood that “national Miracle 2” is a new tour developed by zhangqu technology and released by Tencent game agent. The publicity lineup of the game is strong. Not only angelababy, the national goddess, was invited to speak for the game, but also many head anchors, such as Luo Yonghao and Zhou Shuyi, were invited to publicize the game. After the launch, Luo Yonghao recommended tiktok in his live voice broadcast, and other head anchors were also promoting their respective channels.

With the help of the user appeal of these stars in different fields, they not only expanded the amount of product publicity, but also formed three-dimensional marketing in different channels of the whole network, successfully covered “national Miracle 2” to multiple user circles, creating an atmosphere of “national miracle”. According to master cicada’s “income estimation” function, the daily average income of “national Miracle 2” in the past 30 days is 304000 US dollars, which is quite impressive as a new tour.

Another new tour on the list is byte beat’s “Voyager King’s hot blood route”. Although it was launched late, it successfully entered the top 22 of the list by absorbing $5.0562 million in the limited time after the game was launched on April 22.

The earliest booking version of the product can be traced back to January 22, 2021. After nearly three months of publicity, it was officially launched on April 22. For this game, let’s not mention the powerful propaganda ability of Toutiao for the time being. From the essence of the game, the most noteworthy thing about this game is the restoration of Yuanman. The classic moves of popular characters can be perfectly restored in the game, such as Luffy’s “machine gun” and Shanzhi’s “devil’s feet”. And for the fight scenes that often appear in the original diffuse, the game also develops the PVP mode accordingly. In the PVP mode, the fight scenes in the game can be basically restored.

According to master cicada’s “income estimation” function, the average daily income of “Voyager King’s Blood Route” in the past 30 days is US $807000, which is quite impressive.

In April’s income list, the one with poor performance is the original God of MIHA you. Although it ranked the top 8 of the list with $12.4627 million in April, compared with the impressive result of $28.5629 million in March, its income in April fell by more than 56%.

In 2020, the global shipment of smart speakers will reach 151 million, 50% of which will use the application processor of MediaTek From Strategy Analytics 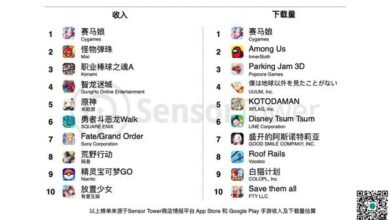 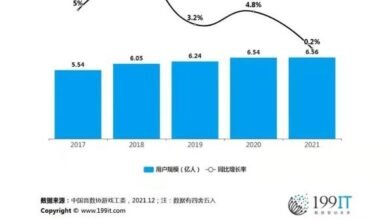