The following is the Mobile game market data of South Korea in the first quarter of 2021 From Sensor Tower recommended by recordtrend.com. And this article belongs to the classification: Mobile games.

According to the latest data of sensor tower store intelligence, in 2021, the revenue of Korean mobile game market in Q1 reached 1.47 billion US dollars, up nearly 16% year on year. Under the impact of a large number of new games, three mobile games made in China ranked top 8 in the best-selling list, and some masterpieces such as “one punch Superman” and “Three Kingdoms · strategic edition” entered the market one after another. The detailed data are as follows.

After a year of rapid growth, the total revenue of Google play and app store mobile games in South Korea in Q1 was US $1.47 billion, a year-on-year increase of 15.8% and a slight decrease of 2% on a month on month basis. In terms of platforms, 82% of revenue came from Google play and 18% from App store.

Similar to the Japanese market, the mobile game market in South Korea hit a new high on January 1. With the help of the activity, the daily flow of national mobile game paradise m reached the peak since 2018, and the income of Q1 increased by 29% to $210 million compared with Q4 last year.

The RPG mobile game “Kingdom of gingerbread people”, which is based on Gingerbread people’s IP, has been listed in the top 2 of Google play mobile game download list most of the time since its launch in January. Q1: the game has 3.85 million downloads and more than $48 million in revenue. It is the most successful new tour in the Korean market.

Devsisters launched a variety of brand linkage for Gingerbread people’s new tour, and promoted the popularity of other IP games. The download volume of Parkour game “running Gingerbread Man”, which has been on the market for more than four years, has increased by 38% on a month on month basis, returning to the top 20 download volume list. The total revenue of the two Gingerbread Man games Q1 in South Korea is more than 57 million US dollars, while the total revenue of “run Gingerbread Man” is only about 80 million US dollars before the end of 2020. The successful launch of the new work “Gingerbread kingdom” proves the feasibility of transplanting leisure IP to moderate mobile games, which is more strategic in the mature market with the peak of demographic dividend.

In terms of download volume, a total of 11 new tours are shortlisted in the top 20 of the list, which is the most time for new products to be launched since Q2 last year.

Npixel open world mobile game “Gran saga” has obtained more than 1.3 million downloads in Google play and app store in this issue, attracting $41 million, ranking second in airborne download list and sixth in revenue list. Although some attempts have been made in the aspect of two-dimensional performance, the revenue of the game continues to decline after the listing, and whether it can get rid of the situation of MMORPG’s high opening and low going in the later stage remains to be seen.

Due to the intensive listing of “Gingerbread people kingdom” and “Gran saga”, a total of 34 Chinese products were shortlisted in the top 100 of South Korea’s best-selling mobile games, attracting more than 250 million US dollars, accounting for 21.6% of the total revenue of the top 100.

4399 sword of miracles, with an estimated revenue of more than $46.5 million, won the top spot. Eskyfun’s Three Kingdoms themed mobile game “the Three Kingdoms of gods and demons” has also won the recognition of the South Korean market. The revenue of this period increased by 208% month on month, and entered the sixth place on the list.

At the end of February, the Three Kingdoms strategic edition of Lingxi mutual entertainment landed in the South Korean market and parachuted to the seventh place on the list. Relying on the glorious “Three Kingdoms” IP and the payment system verified by the domestic market, the work began to show strong gold absorption ability in the middle of March, and then ranked in the top 10 of Google play mobile game best-selling list in South Korea most of the time. 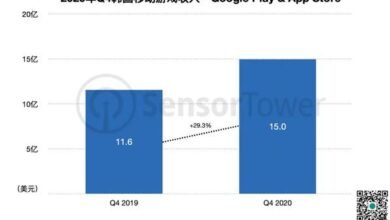 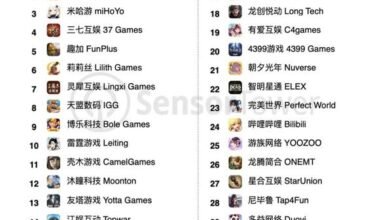 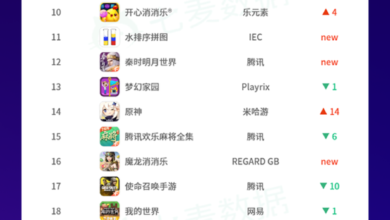 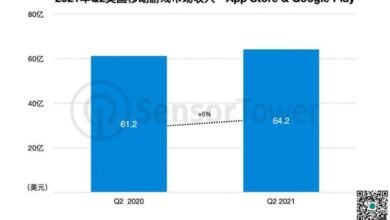