The following is the Top 30 Chinese Mobile Games successfully launched in February 2021 From Sensor recommended by recordtrend.com. And this article belongs to the classification: Mobile games.

According to the latest data of sensor tower store intelligence platform, in February 2021, China’s mobile game products ranked top 30 in terms of revenue and download volume in overseas market. The detailed changes of the list are as follows.

In this issue, the mobile terminal of MIHA Tour “Yuanshen” has attracted more than $117 million overseas, ranking the champion of China’s mobile travel overseas revenue. In the five months since its listing, the game’s overseas revenue has remained above $100 million. In terms of ranking, it has become more and more powerful. In this issue, it has been promoted to the second best seller of overseas mobile games, surpassing roblox and second only to Pok é mon go. In the mobile game market, “Yuanshen” is a rare product that is loved by both eastern and Western players. In Japan, “Yuanshen” ranked sixth on the best-selling list of mobile games in February, and ranked seventh and eighth in South Korea and the United States respectively.

As the 5th anniversary of its listing, the Kingdom era of IgG continues to maintain its strong growth momentum last month. In February, the game ranked No. 10 in the best-selling list of overseas mobile games, making three domestic mobile games in the top 10. This is undoubtedly another milestone for China’s mobile games to go to sea.

Magic tavern’s “project makeover” and “Puzzles & survival” are 1 and 5 places ahead of January respectively. With the addition of these two games, the revenue share of Chinese manufacturers in overseas puzzle mobile games increased from 2.5% in February 2020 to 9.2%. In the past year, the revenue of puzzle mobile game in overseas market has only increased by 25%, but Chinese manufacturers have achieved 368% annual growth in this track.

In addition to the list, the Three Kingdoms strategic edition Q1 of Lingxi mutual entertainment has successively landed in the markets of Hong Kong, Macao, Taiwan, Southeast Asia and South Korea. In this issue, the game’s overseas revenue is nearly 13 million US dollars, ranking the 31st in China’s mobile game overseas revenue list. As the theme of the three kingdoms also has a huge fan base in South Korea, the daily flow from the South Korean market has approached Hong Kong, China.

The first products on the list in this issue are joypac ABC runner and mantour studio block puzzle 2021.

It is estimated that the total revenue of China's multi network convergence service will reach 74.1 billion US dollars by the end of 2025 From GlobalData 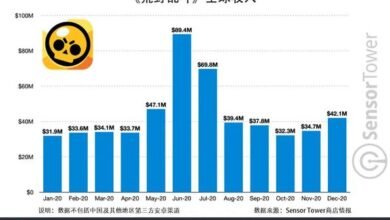 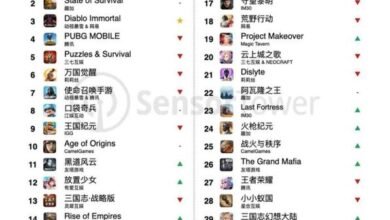 In June, 2022, the revenue ranking list of Chinese mobile game products in overseas markets was released, “original God” increased by 85% month on month From Sensor Tower 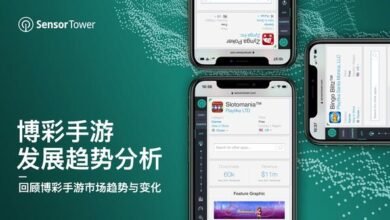 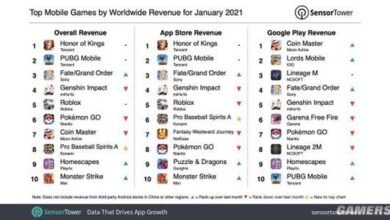 In January 2021, Japan becomes the largest market of Yuanshen From Sensor Tower