The following is the China’s e-sports industry is developing rapidly, with an output value of 140 billion yuan in 2020 From yonhap recommended by recordtrend.com. And this article belongs to the classification: Network entertainment.

China’s E-sports market will reach 140.6 billion yuan in 2020, an increase of about 20% from 117.5 billion yuan in 2019, according to the estimate of iResearch, a Chinese market research organization, according to a report released by the Beijing business center of the Korean Academy for the promotion of culture and information on the 3rd.

According to the report, the sales of Chinese game products, which are E-sports events, are also growing rapidly. In the first half of last year alone, China’s e-sports game sales reached 71.9 billion yuan, an increase of 55% over the same period in 2019. In particular, the development momentum of mobile end electronic competitive games is very rapid. According to the data of China Game Industry Research Institute, in the first half of 2020, China’s E-sports users will reach 484 million, an increase of about 10% over 2019. According to the analysis, the proportion of women who like E-sports is increasing rapidly. Among Chinese E-sports users, women account for 19% in 2018, 24% in 2019 and 36% in 2020.

South Korean media quoted experts from the e-sports industry as saying: “in addition to the fun of the game itself, E-sports teams, leagues, rebroadcasts and other e-sports industry systems have been formed. As fans or viewers, women pay more and more attention to E-sports games and participate in them. Just as in November 2019, Li Xiaomeng won the world finals of the legend of hearthstone grand master, the level of women’s activity is also increasing. “

According to the report, after analyzing the revenue structure of China’s e-sports industry, iResearch found that game companies still took 88% of the share, but the rebroadcast revenue exceeded 10%, and the revenue of E-sports related enterprises increased.

The sales volume of China’s E-sports broadcasting market will exceed RMB 11.2 billion in 2019, with an average annual growth of 69%.

Professional analysis said: “in China, with the continuous growth of the revenue of broadcasting and E-sports teams, they are getting rid of the supporting role of the game industry. On the other hand, the sales of PC end E-sports are decreasing, and the mobile end E-sports market is becoming the mainstream. “

According to the data, in China’s E-sports market, the share of mobile games is about 46%, and that of PC games is about 25%. The advantages of mobile terminal are becoming more and more obvious recently.

South Korean media commented that the background of the great development of China’s E-sports is that the government hopes to comprehensively develop the digital economy and cultural industry through E-sports. In 2016, China’s General Administration of sports issued a five-year plan, aiming to develop the sports industry to 3 trillion yuan (500 trillion won). Starting from the Hangzhou Asian Games, the results of E-sports will also be reflected in the statistics and comprehensive ranking of the medal list. Therefore, the Chinese E-sports team will do its best to win medals.

From Refer to the news for more reading: in 2016, the total output value of domestic E-sports reached 26.9 billion yuan. Korea Radio Broadcasting Association: in 2013, 40% of Korean teenagers were addicted to mobile games. In 2018, China’s mobile E-sports market analysis, games and events: pessimistic forecast of China’s E-sports in 2017. CNG: report of China’s e-sports industry from January to March 2016 (with download) Yonhap: in 2013, Samsung’s sales in China surpassed Korea for the first time, reaching 245.4 billion yuan South Korea’s 32 million LTE users account for 41% of South Korea’s mobile phone users “1917” is the highest rated foreign language film Baidu boiling point: the top 10 TV series “qingniannian” won the first place in 2020. In 2020, GIF ranked the film “Jiang Ziya” with the highest number of views, breaking through 1 billion at the box office and the fastest breaking through 1 billion at the box office. The final audience rating of the animated film “Banze Naoshu” reached a new high of 32.7% 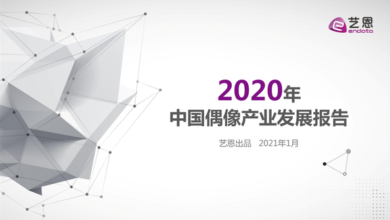 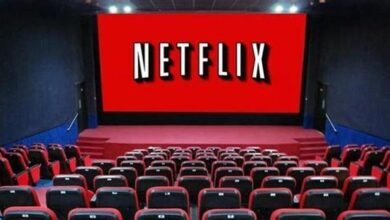