The following is the 88% of global IOS 14.5 users choose to turn off app tracking From Flurry recommended by recordtrend.com. And this article belongs to the classification: Flurry, Mobile applications, network security.

It’s only two weeks since Apple launched the iPhone privacy policy reform, and many mobile advertisers and app developers have been in chaos. As more and more users upgrade to the latest version, privacy policy will have a greater impact. According to flurry’s daily tracking data on May 7, about 96% of US users who have updated IOS 14.5 have opted out of advertising tracking.

Worldwide, the figure is slightly lower, at 88%. Ben Holmes, senior vice president for performance and trading at adcolony, a mobile advertising company, said at the clubhouse app Forum on Thursday that social apps had the lowest selection rate, while utilities, weather and game apps had the highest selection rate, and some users’ settings fundamentally prevented pop-up windows.

Although this policy change is still in its infancy, advertising prices for iPhone users are also falling, which may reflect a decrease in the number of trackable audiences, but advertising prices usually fluctuate within a specific day or week. BLIS, a location-based advertising technology company, said the cost of 1000 users of IOS 14.5, or CPMS in advertising terms, was 14% lower than earlier versions of IOS in the past week. Verve, another location focused mobile advertising platform, said that from the launch of Apple’s app tracking transparency policy to May 6, CPMS for all IOS versions fell by an average of 3%.

This is bad news for developers who make money through advertising. Tipping point, a mobile game publisher, said earlier this week that CPM for users with and without IDFA fell by 30%.

For these changes, the biggest dissatisfaction of advertisers is that they can’t analyze which advertising activities are working. However, Apple’s privacy measurement solution, skadnetwork, lacks many real-time reporting functions that traditional mobile marketers are used to.

The biggest consumers on app ads tend to be app owners themselves, who look for users most likely to download their games, fitness or distribution apps. Marketers in this field are good at targeting people who are most likely to buy products or download apps, and accurately measuring which ads drive which behaviors.

Jenny crook, vice president of mobile products for digital advertising company jellyfish, compares the impact on these marketers to the retirement of the high-speed Concorde. “Everything is going backwards,” says krucker. Before that, I can locate individuals from advertisements, see what they have installed, and know that they have seen a dog’s advertisement through analysis and tracking. Then I can personalize the application and make it related to dogs. “

To be sure, many mobile advertising experts say that since the launch of the app tracking permission transparency policy, the performance of their Apple App advertising activities has not decreased significantly. One media buyer even said that they found their IOS advertising performance improved in the past two weeks.

However, according to the mobile measurement service appsflyer, only 8% of users have updated IOS 14.5, and the real impact of Apple’s privacy update may not appear in the next few months. According to appsflyer, even by May 4, only 13% of developers had launched privacy pop ups.

If we can’t have full access to IDFA, the accurate measurement of advertising activities becomes an urgent problem for advertisers and their suppliers.

Apple’s skadnetwork offers a more limited perspective and is based on a much larger user base than some advertisers are used to. These groups are intended to be broad-based, so that advertisers, suppliers and data agents can’t reverse engineer data to create user profiles. At present, Apple has not disclosed its “privacy threshold” – the minimum number of users needed to create such a group. Krucker believes that this may harm small advertisers to carry out smaller advertising activities.

Another limitation of the skadnetwork, experts say, is that apple only allows advertisers to evaluate 100 ad campaigns at any given time.

Charles Manning, chief executive of kochava, an application evaluation company, said it was a problem because one of the marketing strategies was to “create and have unique tracking capabilities and exposure in every micro target category you can think of” and launch different advertising campaigns for each type.

“Through thousands of unique and different tracking links, each region, postcode, gender, demographic can be microscopically measured,” Manning said. As soon as you spend money, you can separate the grain from the chaff

Retargeting is a kind of advertising technology, that is, advertisers advertise to the users who have visited their websites. It turns out that this technology will also become more difficult after the change of privacy policy. Madan bharadwaj, chief technology officer of measurement, said the audience for advertisers to choose from was getting smaller and smaller, probably because of the low selection rate.

Just like the major disruptions that often occur in the digital advertising industry, larger platforms can better adapt to these changes.

Apple’s definition of tracking clearly distinguishes between data sharing between companies (or third-party data) and data sharing within a company (that is, first-party data), even if the company has multiple applications. Despite its verbal opposition to the change in app tracking transparency, Facebook recently said it could boost its business.

That’s why Apple’s change in privacy policy is thought to trigger a wave of mergers and acquisitions between companies in the game and mobile advertising technology fields, which are seeking to build large networks with high traffic applications and internal measurement capabilities. This week, mobile game giant Zynga said it plans to buy advertising company chartboost for $250 million in cash.

Advertisers and developers have no choice but to adapt

Angelina eng, vice president of measurement and categorization at IAA’s technology lab, predicted at a group meeting at the clubhouse on Thursday that “shopable ads” would increase. In this form, users can complete transactions within the app instead of being sent to another website. If advertisers want to measure sales, Apple will consider this as “tracking” behavior.

“Platforms including youtube, tiktok and twitter have recently developed shopping ads and tools to keep users in their own platforms,” inger said. So it’s not hard to see that the increase in purchasable advertising will be crucial, at least to help them measure users. “

Some experts predict that advertisers will turn to other platforms if in app advertising proves ineffective with the change of privacy policy. These may include Android, which has not yet taken similar actions on mobile advertising logos, or platforms with complex data and target selection, such as Facebook and Amazon, as well as traditional media.

It may not be a coincidence that Apple recently launched its own new advertising product in the app store to help developers find their ads.

As the dust settles over Apple’s privacy policy update, developers are focusing on the next issue that this issue may bring: law enforcement, and how Apple will crack down on companies trying to circumvent its rules. According to media reports, Apple has issued a ban on developers who want to use an alternative method called China advertising ID in China, and apple has rejected other applications that use advertising technology that ignores its rules.

“I think Apple has shown that they are very, very, very serious about it,” said Dan Beasley, co-founder of viker. I think it’s going to be a cat and mouse game for a long time Viker is a mobile game development company, developing games such as who wants to be a millionaire and crossword puzzle.

More reading: Flurry: research shows that mobile application usage is approaching TV media channel is facing innovation. Flurry: data shows that the time spent by US users on browsers lags far behind AppFlow: in 2015, the average American spent more than 3 hours on mobile apps per day. Flurry: in 2015, mobile application usage increased by 58%, and the growth rate slowed down significantly. Flurry: Android and IOS are on the move The gap in the game market is getting smaller and smaller Flurry: the usage of Android themed apps doubled in Q1 of 2014 Flurry: the relationship between app participation and retention rate Willing to be lower than IOS Flurry: the survey shows that mobile device addicted users open applications 60 times a day on average Commercial application usage time increased by 525%

You can't teach. Harass the first From Some tutorial classes 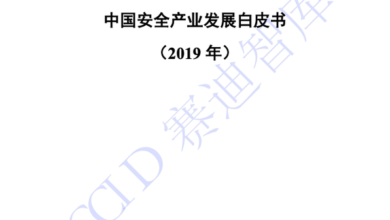 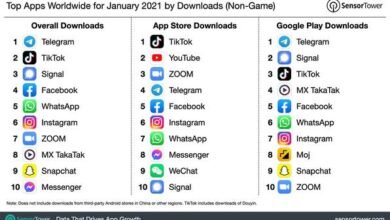 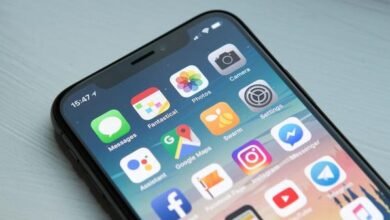 Which app consumes the most power and takes up the most storage space? Survey of 100 popular apps 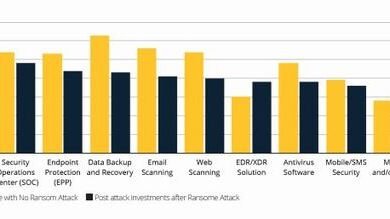