The following is the Research shows that more than 80% of enterprises have experienced firmware attacks in the past two years From Security Signals recommended by recordtrend.com. And this article belongs to the classification: Hardware equipment industry, network security.

In a security report released today, Microsoft said that firmware attacks are increasing. In the report, Microsoft also stressed the complexity of combating these types of vulnerabilities, and the insensitivity to the automatic deletion process is one of the main reasons for such attacks. This report cites a recent research on firmware security investment commissioned by security signals. Research shows that more than 80% of enterprises have experienced firmware attacks in the past two years.

Since the device has been damaged before startup, it is often very effective to blackout the firmware. They attack the deep code that controls hardware and software at system startup and runtime. The two main approaches of Windows XP system are BIOS and UEFI.

According to data from the National Institute of science and Technology (NIST), firmware attacks have increased more than fivefold in the past four years. Current remedies for these types of attacks include kernel data protection (KDP) and memory encryption solutions. Their role is to prevent malicious software from accessing kernel memory.

According to Microsoft – security signals report, 36% of enterprises are active in this aspect, and use hardware based memory encryption mechanism to reinforce the system. That’s less than half of all the companies involved in the study.

Nevertheless, a series of recent firmware attacks have raised people’s vigilance. A recently discovered thunderspy vulnerability on the thunderbolt port reveals the extent of possible damage caused by a firmware vulnerability. Thunderspy works on devices that use the thunderbolt port, allowing hackers with physical access to the device to read hard disk contents and copy data. One of the more terrible is that it allows malicious infiltrators to bypass hard disk encryption, secure boot, anti-virus and other related security measures.

In 2016, there were more than 6000 U.S. crypto free cameras. Kroll Ontrack: 72% of the data loss was caused by hardware failure. Microsoft: Top 10 countries with the highest malware infection rate in 2013. IBM: the number of leaks reached 4 billion in 2016 A year-on-year increase of 556% Posterous: Research on social networks and privacy IDC: the total expenditure of China’s network security market is expected to reach US $8.75 billion in 2020 Juniper:2010 The number of mobile malware increased by 250% year-on-year in 2007. 80% of malicious programs in South Korea steal game accounts Pew: most Americans lack Internet Basic knowledge of security: the favorite brand of phishing criminals in 2019 is Microsoft century linkquote: map of cyber victims in the United States, most victims in Alaska CNCERT: China’s Internet security situation in the first half of 2019 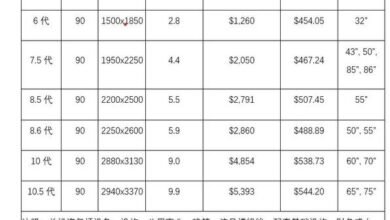 From the perspective of average unit price of area, the abnormal phenomenon of excessive price reduction of LCD TV panel is a double-edged sword

In 2022, Intel returned to the first position in Japan’s DIY CPU market, with a turnover of 74% in January From BCNR 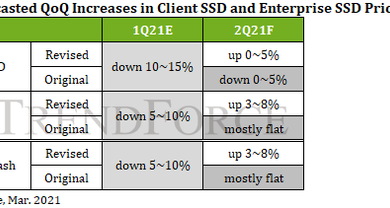 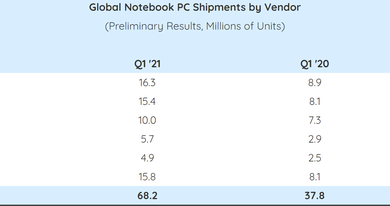