The following is the More than 1.36 million electric passenger vehicles will be sold in Europe in December 2020 From EV Sales recommended by recordtrend.com. And this article belongs to the classification: New energy vehicle industry.

In December last year, the sales volume of electric passenger vehicles in Europe set the highest record in history, driving the annual sales volume of electric vehicles in Europe to exceed 1.36 million in 2020, surpassing the Chinese market and becoming the largest electric passenger vehicle market in the world. In the future, driven by a series of policies and regulations, European electric vehicles will also usher in a good development.

According to EV sales blog data, last month, the registration volume of electric passenger vehicles in Europe was 281171, a year-on-year increase of 254%, and 115000 vehicles higher than the previous record, becoming the largest electric vehicle market in the world that month. At the same time, the market share also hit a new high, reaching 23%.

In December last year, two electric models emerged in the European market: Volkswagen id.3 registered 28108 vehicles (7144 in Germany and 6083 in the Netherlands), and Tesla Model 3 registered 24664 vehicles (5700 in the UK and 4232 in Norway). Even Renault Zoe, which has the best sales performance, can not be compared. It is worth mentioning that the newly launched Fiat 500 electric vehicle and Volkswagen id.4 have also successfully entered the best-selling list of top 20 electric passenger vehicles in Europe.

In Europe’s top 20 models, the top nine are pure electric vehicles. The best-selling electric car in Europe this year is the Renault Zoe. If the data of registered commercial vehicles are included, the total number of registered vehicles may exceed 102000, which is a huge victory for Zoe, and this model is also the best-selling model in 2016 and 2017. Second in sales was Tesla Model 3, but its registrations fell by 8%. Thanks to consumers’ expectations, Volkswagen id.3 registered 56937 vehicles in Europe last year, ranking third in the annual list.

In 2020, the annual car sales in Europe fell by 24.3% year-on-year, the biggest annual decline in 1990. In this context, the annual registration of electric passenger vehicles in Europe has increased by 142%, which is really rare. The reason is that the increasingly tightening emission regulations and the plan to ban the sale of internal combustion engines are the important factors to promote this change.

Other countries in Europe that have announced a ban on the sale of internal combustion engine models are:

Norway: despite its rich oil resources, it plans to ban all internal combustion engine models, including hybrid vehicles, by 2025. This measure was first proposed in 2016 and has not yet been written into law

Spain: according to a draft law, all new cars in the country will be net zero emission vehicles in 2040

France: according to a law enacted in 2019, the country will ban the sale of internal combustion engine models in 2040

Other countries that have promised to ban or not register new internal combustion engine passenger cars by 2030 are Denmark, Ireland, Iceland, Slovenia and Sweden.

Last December, the EU also released the sustainable and smart mobility strategy, which aims to reduce greenhouse gas emissions by at least 55% by 2030 and achieve the overall goal of carbon neutrality by 2050. According to the plan, transportation emissions will be reduced by 90% by 2050. In order to achieve this goal, the EU has indicated that it will reduce carbon dioxide emissions by at least 50% in 2030 from the level of 95g / km in 2020-21.

According to the target set by the European Union, by 2030, at least 30 million zero emission vehicles will be on the road in Europe; large scale deployment of automated mobile travel; by 2050, almost all passenger cars, trucks, buses and new heavy vehicles will achieve zero emission. Driven by these goals, European electric vehicles will surely usher in greater development.

In 2020, China's chip imports will rise to nearly 380 billion US dollars

After the comprehensive two child policy, the birth cliff appears instead From China Fertility Report 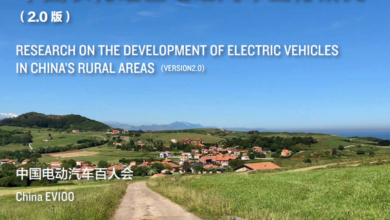 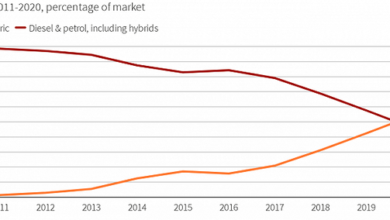 The proportion of electric vehicle sales in Norway will reach 54.3% in 2020 From PGI 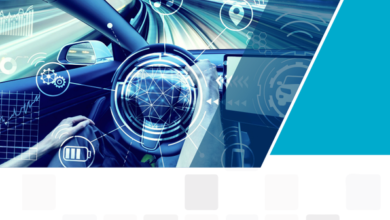