The following is the There are more than 195 million new crown confirmed cases in the world, and the delta mutant continues to spread From world health organization recommended by recordtrend.com. And this article belongs to the classification: novel coronavirus.

According to the latest data on the official website of the World Health Organization, as of 18:10 on the 28th Central European time, the total number of newly diagnosed cases in the world reached 195266156 and 4180161 deaths. The World Health Organization said on the 28th that in the past week, delta mutant strains were found in eight more countries and regions, and the variant virus has spread to 132 countries and regions.

Who also pointed out that in the past week, the number of newly confirmed cases in the world increased by 8% over the previous week, and the number of new deaths in all regions except Europe increased. If the growth trend continues, the cumulative number of cases reported worldwide may exceed 200 million in the next two weeks.

Americas: the United States has added more than 500000 new cases in the past week and tightened the indoor “mask order”

The U.S. Centers for Disease Control and Prevention (CDC) has made major adjustments to the mask guidelines, suggesting that people who have been vaccinated should also wear masks indoors in areas with high and potential epidemic incidence. According to US media reports, groups including some governors have set off an upsurge of “anti mask” protests, believing that this will have an impact on the resumption plan. The CDC adjusted the mask guidelines in May to allow vaccinated people not to wear masks indoors in public places.

Canadian health and infectious disease experts warned that the rate of confirmed cases in Alberta, where the vaccination rate is low, has increased significantly, and the fourth wave of epidemic is coming. According to the official data released by Alberta Province, 134 new cases were confirmed on the 27 day of the province, and the R value of the basic contagion reached 1.48, which means that every 100 COVID-19 infected persons can infect 148 people. Canadian health and infectious disease experts warned that although the number of new cases is not high, the transmission speed is unprecedented, and there is an “absolute possibility of a sharp increase in cases” in the coming weeks.

Chile’s Ministry of Health announced that from next week, it will recognize the effectiveness of the country’s residents vaccinating Xinguan vaccine abroad. Residents who have completed vaccination overseas can apply for “travel permit” online with the vaccination certificate. The recognized new crown vaccines include Sinopharm, Kexing and kangxinuo vaccines in China, Pfizer and Modena vaccines in the United States, and “satellite V” vaccines in Russia.

Europe: delta virus wreaks havoc in Europe, and the epidemic is making a comeback

According to the data released on the 28th of the British government website, in the past 24 hours, there were 27734 newly confirmed cases in the UK, an increase of 4223 cases compared with the previous day, ending the previous 7-day continuous decline, with a total of 5770928 confirmed cases and 129394 deaths.

Asked on the 28th whether Britain has passed the worst period of the pandemic, the British health secretary said that “no one knows when the epidemic will end” and the public needs to “remain vigilant”. The British government announced on the same day that travelers who have been fully vaccinated with the new crown vaccine in the EU and the United States will be exempted from the quarantine policy in the UK, except France. This measure will take effect at 4 a.m. local time on August 2.

Data released by the French Ministry of health on the 28th showed that in the past 24 hours, there were 27934 new confirmed cases in France, a new high since April 30, with a total of more than 6.05 million confirmed cases and more than 110000 deaths.

The pressure in French hospitals continued to increase. Within 24 hours, there were 490 hospitalized patients and 91 critically ill patients. Located in the Caribbean, the French islands of Guadeloupe, Saint Martin and Saint bartholomey declared a state of health emergency at midnight on the 28th. A French government spokesman said that hospitals in these places may soon be in a high state of tension and will take all necessary measures to protect local hospitals.

The director of the Robert Koch Institute, the German Federal disease control agency, warned that the “7-day infection rate”, an important indicator to measure the severity of the epidemic, continued to rise, and the fourth wave of epidemic in Germany has begun. The German federal government has decided to implement new entry restrictions from August 1, requiring all immigrants to provide negative virus test certificates, the governor of Bavaria said on the 28th.

German health minister Shi pan announced on social media on the 28th that “another milestone: more than half of Germans have completed the vaccination of the new crown”. “The more people vaccinated now, the safer it will be in autumn and winter,” he said.

According to the data released by the Italian Ministry of health on the 28th, there were 5696 newly confirmed cases in a single day, more than 4.33 million confirmed cases and nearly 130000 deaths. The Minister of health of Italy said that the spread of COVID-19 variants has made the epidemic more complicated, which is completely different from the previous situation and must be kept on top alert.

According to the statistics of Japan’s NHK TV station, there were 9576 newly confirmed cases in Japan on the 28th, exceeding 9000 for the first time, a new high since the epidemic, with a total of 892628 confirmed cases and 15161 deaths.

NHK television reported that more than 3000 people were newly diagnosed in Tokyo for the first time in a single day. At present, the infection situation in Tokyo has “been expanding unstoppably”, and the epidemic situation in Kanagawa county and Chiba County near Tokyo is becoming more and more serious. Infectious disease experts warned that the delta strain may lead to a surge in confirmed cases, and the number of newly confirmed cases in Japan may peak on August 3.

According to the information released by the Ministry of health of Vietnam on the 28th, there were 6559 newly confirmed cases in Vietnam, with a total of more than 120000 confirmed cases. According to Vietnamese media reports, Hanoi has implemented a 15 day “city closure” plan since the 24th. The Hanoi government issues residents with “market vouchers” that can be used during the “city closure”. Each family can go to the market four times a week and stay in the market for one hour.

Myanmar’s Ministry of health and sports announced on the evening of the 28th that among the 13763 samples tested that day, 4980 new crown confirmed cases were found, with a diagnosis rate of 36%. There were 284099 confirmed cases and 8210 deaths in the country.

According to the data released by the Ministry of health of South Africa on the 28th, 17351 new confirmed cases, 2408525 confirmed cases and more than 70000 deaths were added on the same day.

More reading: WHO novel coronavirus pneumonia confirmed the highest number of new cases in the world: WHO: the number of confirmed cases in the world is increasing. The number of cases diagnosed with Ebola infection is 20 thousand. The number of deaths is 7588WHO: over 3/4 of the new crown vaccination occurred in 10 countries: WHO: 10% of the world’s population or has been infected with the new crown virus WHO: half of the world’s new crown lung was added last week. The new age of 10 Novel coronavirus pneumonia cases are China’s WHO: the Global Fund for coping with new crown pneumonia is more than 3.5 times the financial crisis. WHO: the first three months of 2019, the global measles cases increased by 300% over the same period of 2017: WHO: the nearsightedness rate of Chinese youth in recent years is nearly 70%: the long time work has increased the risk of heart disease and stroke significantly: the global 1/4 population in 2050 is 1/4 World Health Organization: data show that people who are afraid of getting old may live shorter. World Health Organization: it is estimated that the global average life expectancy will reach 75 years by 2030. World Health Organization: 12.6 million people died of environmental pollution in 2012. World Health Organization: two thirds of the world’s people are vulnerable to herpes virus

As of August 5, 2021, novel coronavirus pneumonia cases were confirmed in 200 million cases. From WHO

More than 1.5 million children lost at least one caregiver due to the covid pandemic From The lancet 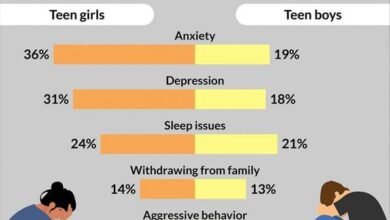 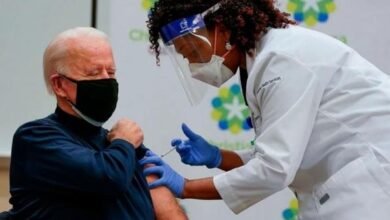 A quarter of adults in the United States are hesitant to get vaccinated, according to the survey From census bureau