The following is the Switch accounts for 87% of Japan’s console sales in 2020 From Famitsu. recommended by recordtrend.com. And this article belongs to the classification: original, Network entertainment.

Sales of the game console far exceed those of the PS4, which sold slightly more than 543000 units last year. Meanwhile, ps5’s current sales are slightly higher than 255000 units.

Animal Crossing: new horizons, the best-selling boxed game of the year, has sold nearly 6.4 million copies since its launch in March, not surprisingly. It’s far ahead of second place, which sold 1.6 million copies. The adventures of the rings was actually released in 2019, when it sold only 500000 copies, ranking 10th. Now there are seven switch games in Japan, which sell more than 2 million copies.

The third place is the number board game “reiwa Mo teiban! 》It sold 1.23 million copies just six weeks after the sale.

In 2020, a total of 37 Chinese mobile games will earn more than US $100 million in overseas markets From Sensor Tower 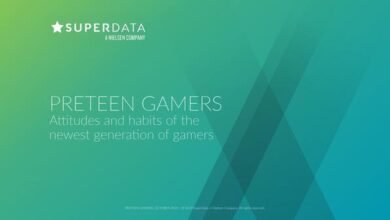 It is estimated that the global expenditure on children’s digital games will reach $2 billion in 2019 From SuperData.