The following is the Investigation report on the living status of women in 2021 From Shell Research Institute recommended by recordtrend.com. And this article belongs to the classification: Life data, research report.

With the rise of “she economy”, whether single young women or married hostesses, women have more initiative in purchasing houses. The most direct manifestation is that the proportion of female real estate purchase has increased significantly in recent years. According to the report, the proportion of women’s house purchase in 30 key cities in China has increased year by year from 45.60% in 2017 to 47.54% in 2020.

Although from the stock point of view, the gender gap has not been eliminated, but the acceleration of women’s entering the real estate market is closing the gap, and there is a tendency of late strike. According to the data of China’s family tracking survey, 14.7% of urban women and 43% of men owned real estate in 2016, up 9% and 8% respectively compared with 2010. Female home buyers competed in the market at a sustained high growth rate.

The new era brings new consumer attitudes, which can be seen from the fact that women under 24 and 25-29 years old have become the main contributors to the real estate incremental market. According to the survey of Shell Research Institute, in 2020, 45.21% and 48.99% of the customers under 24 years old and 25-29 years old were female buyers, which increased by 6.58 percentage points and 6.22 percentage points respectively compared with 2017, and the growth rate was significantly higher than that of other age groups.

In Changsha, where housing prices are more stable, the proportion of women buying houses is as high as 55.81%, ranking first among the 30 key cities in China. Women in Zhengzhou, Langfang, Chongqing, Shenzhen, Jinan and Tianjin are “strong” buyers, accounting for more than men, becoming the main contribution to the local real estate market. Led by Shanghai, Suzhou, Nantong, Hangzhou, Wuxi and other cities in the Yangtze River Delta give more “requests” to men to buy houses, with women accounting for less than 45% and Wuxi even as low as 37.9%.

With the initiative, women also have more say in the face of real estate, the core asset of the family. According to the report, more than 60% of female respondents who own real estate said that they “play a decisive role” in the purchase process. Interestingly, the higher the education level, the greater the voice. 66.04% of female masters or doctors said that they could play a decisive role in house purchase, far more than 45.31% of women with high school education or below.

Together with the initiative and discourse power, the expansion of market groups promotes the consumption intention under the magnifying glass, and women’s consumption demand is paid more and more attention. The survey shows that transportation facilities are the top consideration for women to buy a house, and supermarkets, shopping malls, schools and hospitals are also valued by women. For the ideal living space, women pursue the integration of enjoyment and practicality. 70.81% of women want to have a sunny balcony, 58.58% and 56.14% of women want to have a zero noise bedroom and a kitchen with complete electrical appliances.

Buying a house has always been a great pressure for most people, and it often requires “multiple pockets” to contribute together. According to the survey results of the shell Research Institute, 37.49% of the female respondents own their first house by “buying with the man”, and 31.9% of the female respondents need “parental support” to buy their first house. With the increasing education level and income level of women, the independence of women in purchasing houses is highlighted. Less than 10% of women own houses by marrying their husbands, and 16.42% of women claim to buy houses “on their own”.

With the development of society, the connotation of gender equality is more abundant, and the measurement also extends to family property. In the era of independent personality and economy, what is women’s attitude towards marriage and house purchase? “Mutual contribution” has become the mainstream attitude of women, and 58.03% of women agree that both sides jointly complete the down payment. For a long time, men are under more pressure to get married and buy a house. 19.81% of women think that the down payment should be funded by the man, and 7.09% of women think that the woman can pay the down payment by herself.

Another focus of attention is the name of the house property certificate. According to the survey of Shell Research Institute, on the question of “the man pays down the loan to buy a house, pays the loan together, and does not write your name in the house, what’s your attitude?” 67.81% of the women interviewed said that they “do not accept” and that the married real estate is the common property of both sides, and 23.05% of the women interviewed “accept”. Comparatively speaking, the only child and married women are more calm when they don’t have their own name on the house.

In order to save money to buy a house, 50.6% of women could not spend a cent on pets, and 47.65% and 44.76% of women were willing to give up their fitness and tourism plans. Relatively speaking, clothing, bags, make-up, beauty is more difficult to give up, and the idea that a meal can not save a suite makes it more difficult for them to resist the temptation of food. 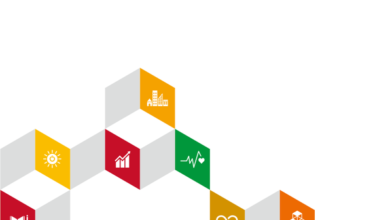 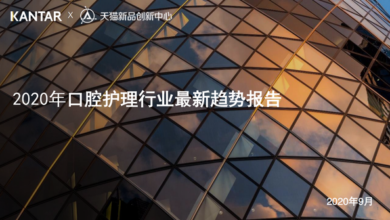 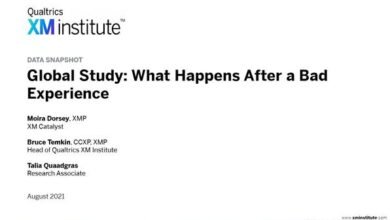 What happens after a bad experience From Qualtrics XM Institute 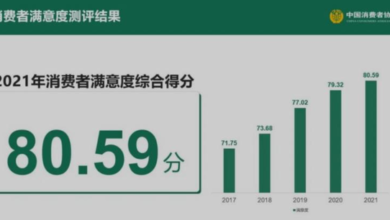