Today, the Internet of things industry has made a series of achievements.

First of all, it is the vigorous development of technology. The Internet of things industry can be divided into four levels: perception layer, transmission layer, platform layer and application layer. Each level has different technologies. Ten years ago, even five years ago Ten years ago, there were not many technologies available for IOT products. They were basically based on the old technology of “new wine in old bottles” decades ago. As a result, either the performance could not meet expectations or the cost performance was too low.

In recent years, the Internet of things technology at all levels has been greatly developed, such as the emergence and evolution of intelligent sensors, RFID products with better performance, 5g, Nb IOT, cat. 1, Lora, Bluetooth 5. X, wi-fi6, edge computing, AI algorithm and other new technologies, which make the Internet of things products more in line with the market demand.

Secondly, it is the application level. Compared with earlier years, the public’s perception of the Internet of things is “only hearing its voice, not seeing its use”. At present, the application of the Internet of things has penetrated into all aspects of people’s production and life, such as taxi, shopping, bike sharing, intelligent door lock, intelligent speaker, security camera and so on.

Finally, at the level of industrial richness, compared with the early years when the Internet of things was still a niche concept, in recent years, the Internet of things has been favored by Huawei, Alibaba, Tencent, the three major operators, Xiaomi and other giants, and big companies all regard IOT as a “niche” to the future In addition, more supporting manufacturers and entrepreneurs pour into the field of Internet of things, and the variety and number of players in the whole industry are very rich.

Although the Internet of things industry has made a series of achievements, there are still many problems in this industry.

Application fragmentation means that there are many kinds of Internet of things application projects, such as industry, city, transportation, logistics, park, agriculture, medical and so on. Even based on these subdivided industries, there will be more abundant gap fields. Each field has different industry rules and different industry chains. Therefore, for Internet of things enterprises, it needs to invest a lot of energy to study each industry Industrial applications.

On the other hand, the Internet of things is a “forced” industry.

For many years, people from the Internet of things have deep feelings about this. This kind of pressure is reflected in two aspects, one is “tired”, the other is “hard to earn money”.

There are several reasons for tiredness

The other is the fragmentation of applications. If enterprises want to do more market applications, they need to disperse a lot of energy. Smart enterprises will focus on one or two segments, but they will also face the risks of policy changes and strong entry of giants.

On the last hand, the requirements are not clear, especially for to B and to G projects. The needs of end users are often not clear. In a long-term project, there will be problems such as change requirements, change plans, change budgets, etc.

“Money is not easy to earn” is reflected in the following aspects:

First, the project cycle of Internet of things is long, and the corresponding accounting period is also long, so the enterprise doing the project needs more investment in assets. In addition, although the Internet of things solution contains software and hardware, users often ignore the value of software, and use more tangible hardware for settlement, resulting in the gradual transparency of the market and the gradual reduction of profit margin.

Second, the market environment is easy to fall into price competition. Although there are thousands of Internet of things applications, there are not many people who dare to be “the first to eat crabs”. Most enterprises are used to being followers. Once a market is opened, a large number of enterprises will rush into it, which is easy to fall into price war and lead to the deterioration of the market environment.

Of course, intelligence is an irreversible trend of the whole society, and there is no doubt about the application prospect of the Internet of things in the future. However, at the present stage, the whole industry is still in a “chaotic stage”. How the future will evolve requires the choice of the market.

2020 games and E-sports Report From YouGov 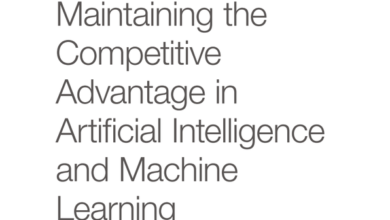 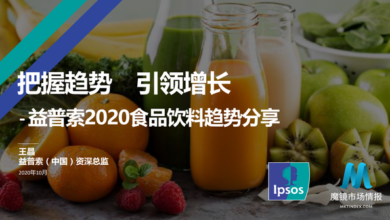 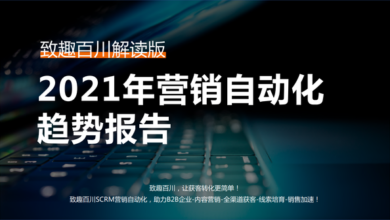 2021 marketing automation trend report – Interpretation version From To all rivers