The following is the Operating system report in the era of Internet of things From Yiou think tank recommended by recordtrend.com. And this article belongs to the classification: Internet of things, research report.

The annual shipment of personal PC devices has already peaked around 2010, while the annual shipment of smart phones has also peaked around 2016. What is the next form of computer system? Although it is difficult to come to an accurate conclusion, the hope of the industry is generally placed on the “Internet of things” under the combination of Internet of things and mobile Internet. More intelligent and more terminal devices will exist to improve the digital level and convenience of users’ life.

The conditions of Internet of all things are beginning to meet, but the strategic key technologies still need to be developed

The hardware equipment of Internet of things has the characteristics of massive and fragmented, and the cost is prior to the performance, which is the first factor to be considered in all landing applications. In the Internet of things scenario, the cost of micro controller (MCU), system on chip (SOC), MEMS sensor and networking communication module has decreased significantly in recent years. The demand for computing, storage and communication of IOT devices is much lower than that of smart phones. Therefore, at present, the hardware level is not the key to restrict the development of IOT industry.

The Internet of things industry is facing considerable challenges at the software level. The weakness of software level is obviously reflected in the serious coupling of hardware and software of IOT devices, lagging industry standards, difficult application development and poor experience. Learning from the development experience of smart phone, the most successful embedded device at present, only after providing standardized hardware and operating system (hardware abstraction layer and API interface), can application developers really get rid of the shackles of hardware layer technology and develop upper layer applications efficiently.

We believe that without a set (or several sets) of operating systems that most software and hardware manufacturers in the industry recognize and benefit from, a lot of single point innovation and efforts in the field of Internet of things are only doing low-level duplication, which does not substantially promote the overall development of the industry.

So what characteristics should the next generation operating system for “interconnection of all things” have? We summarized the following points: 1. Cross terminal, with the ability of cross terminal transplantation on multi class hardware platform; 2. Interoperability, the operating system should include the design of multi terminal interoperability at the beginning of design; 3. Scalable and tailorable, and the functional modules within the OS should be fully decoupled; 4. End cloud capability, which supports cloud services from the bottom architecture design; 5. Security It has the security protection capability of the Internet of things at the operating system level.

From the point of view of the current time node, the field of Internet of things is very similar to the eve of the outbreak of mobile operating system

Looking back on history, on the eve of the outbreak of the mobile Internet industry, there was a round of large-scale competition and reshuffle at the operating system level. Since 1996, Microsoft has focused on the miniaturization and portability of personal computer devices. It has launched wince, windows mobile, Windows Phone and other operating systems to test and layout. Not to mention Nokia (Symbian system), blackberry (BlackBerry system) and Samsung (Bada system) in the field of functional computers, HP (Palm system) and many other strong competitors from the PDA field. However, these “traditional” software and hardware manufacturers only bring low-level competition, but there is no real epoch-making achievements. Until 2007, the onlooker Apple launched the first generation of smart phones equipped with iPhone OS, which stimulated another onlooker, Andy Rubin, the “father of Android” of Google, to go back, overturn the original design of Android system and start over again. In 2009, the company launched a smart phone equipped with Android system. Led by Android and IOS, with the explosive growth of smart machine shipment, the era of mobile Internet has really begun, and functional machines and other smart machines have been eliminated with extremely rapid speed.

There are more and more competition and new products in the field of IOT OS. We divide IOT OS in the current market into four sources: 1. Embedded real-time system added to IOT module; 2. General operating system tailored to meet the needs of IOT; 3. Lightweight OS specially designed for IOT; 4. Unified operating system for the future. The description and comparison of these four types of IOT OS is also the focus of this report.

Behind all these IOT OS, it represents the business layout of a technology giant. In the past 10 years, technology companies have begun to accelerate their technology layout in the field of Internet of things. Taking operating system as an example, a giant technology company may have a variety of OS for different scenarios and requirements. With the strengthening of competition within and outside the company and between the ecology, the market competition in the IOT OS field is very similar to the eve of the outbreak of mobile Internet in 2003-2007, but the tipping point of products similar to iPhone has not appeared.

How long is the night before the outbreak? It is difficult to give a specific time. The industry is also exploring.

The development of operating system is not a simple technical problem

The technical discussion of various IOT OS has been given in the report. What we want to discuss here is that operating system, as the most important basic software, has been difficult to talk about pure technology without business, ecology and competition.

We believe that the operating system as a product to meet the needs of the times, excessive lead does not have an advantage. OS is always looking for a balance between the existing technical support (including the development potential in the next few years) and the existing demand (including the potential demand in the next few years). In history, there have been many famous OS projects that failed because of greedy and rash progress, too grand and advanced design, or out of time, such as IBM led workspace system and Microsoft’s windows phone system.

The operating system was, is and will be the key to open the whole IT industry chain. The division and cooperation of IT industry chain need to be divided by the hierarchical thinking of operating system. Hardware belongs to hardware manufacturer and hardware related layer (hardware abstraction and driver), and software belongs to software company and application related layer. The form of OS determines the form and development mode of hardware and software.

Finally, the leading edge of operating system technology is not terrible, and the latecomers can catch up. Once the leader in user ecology and developer ecology is established, there will be no way for the pursuers. 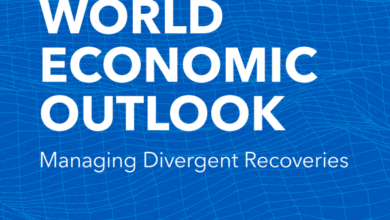 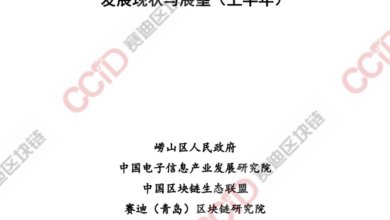 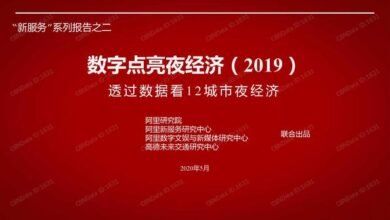 2019 digital lights up the night Economic Report From Alibaba 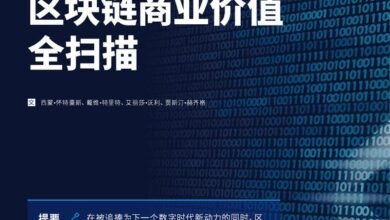