The following is the The 47th statistical report on the development of Internet in China From CNNIC recommended by recordtrend.com. And this article belongs to the classification: CNNIC, User Research, research report.

China Internet Network Information Center (CNNIC) released the 47th statistical report on Internet development in China (hereinafter referred to as the report) in Beijing. According to the report, as of December 2020, the number of Internet users in China has reached 989 million, an increase of 85.4 million over March 2020, and the Internet penetration rate has reached 70.4%. In 2020, novel coronavirus pneumonia and its epidemic prevention and control were played an active role in China’s Internet industry. It made an important contribution to China’s becoming the only major economic growth sector in the world, and GDP’s first breakthrough in the world’s billion dollar economy.

In 2020, in novel coronavirus pneumonia, the Internet showed strong power and played a key role in fighting the epidemic prevention and control. During the epidemic period, the national integrated government affairs service platform launched the “epidemic prevention health code”, which has been applied by nearly 900 million people and used by more than 40 billion people, supporting most areas of the country to realize “one code access”, and big data plays an important role in epidemic prevention and control and work resumption. At the same time, major online education platforms have launched various free live courses for students, which is convenient for students to study at home, and the scale of users is growing rapidly. Affected by the epidemic, Internet users’ demand for online health care is growing, which further promotes the digital transformation of China’s medical industry. As of December 2020, the number of online education and online medical users in China is 342 million and 215 million respectively, accounting for 34.6% and 21.7% of the total Internet users. In the future, the Internet will further play an important role in promoting economic recovery, ensuring social operation, and promoting international cooperation in anti epidemic.

The number of Internet users is close to 1 billion, and the network poverty alleviation has achieved remarkable results

As of December 2020, the number of Internet users in China is 989 million, and the Internet penetration rate is 70.4%, 5.9 percentage points higher than that in March 2020. Among them, the number of rural Internet users is 309 million, an increase of 54.71 million compared with March 2020; the Internet penetration rate in rural areas is 55.9%, an increase of 9.7 percentage points compared with March 2020. In recent years, substantial progress has been made in the in-depth development of online poverty alleviation, and the transformation of non internet users in remote and poor areas has been accelerated. In terms of network coverage, the “last kilometer” of communication in poverty-stricken areas has been opened. By November 2020, 98% of poverty-stricken villages will have access to optical fiber. In the rural area, e-commerce has been implemented in the countryside to achieve full coverage of 832 poverty-stricken counties, and support the development of new mode of “Internet plus” in poor areas, and enhance the hematopoietic function in poor areas. In terms of network support for intelligence, school networking and online education have been accelerated, and the Internet access rate of primary and secondary schools (including teaching points) nationwide has reached 99.7%, continuously stimulating the endogenous power of self-development of poor people. In terms of information services, telemedicine has achieved full coverage of county-level hospitals in national poverty-stricken counties, the coverage rate of basic financial services in administrative villages has reached 99.2%, and the network poverty alleviation information service system has been basically established.

Since 2013, China has become the world’s largest online retail market for eight consecutive years. In 2020, China’s online retail sales will reach 11.76 trillion yuan, an increase of 10.9% over 2019. Among them, the online retail sales of physical goods reached 9.76 trillion yuan, accounting for 24.9% of the total retail sales of social consumer goods. As of December 2020, the number of online shopping users in China has reached 782 million, an increase of 72.15 million compared with March 2020, accounting for 79.1% of the total Internet users. With the rapid formation of the development pattern of domestic circulation as the main body and domestic and international double circulation, online retail continues to cultivate new kinetic energy of the consumer market, and promote the “double circulation” of consumption by promoting the “quality” and “quantity” double upgrading of consumption. In terms of domestic consumption cycle, online retail activates urban and rural consumption cycle; in terms of international and domestic dual cycle, cross-border e-commerce plays a role in stabilizing foreign trade. In addition, webcast has become a new digital economy mode of “online drainage + real consumption”, which has achieved vigorous development. Live e-commerce has become a popular shopping method, and 66.2% of live e-commerce users have purchased live products.

The utilization rate of online payment is nearly 90%, and the pilot process of digital currency is leading in the world

As of December 2020, the number of online payment users in China has reached 854 million, an increase of 86.36 million over March 2020, accounting for 86.4% of the total Internet users. By aggregating supply chain services, online payment helps merchants to push information accurately, helps China’s small and medium-sized enterprises to make digital transformation and promote the development of digital economy; the deep integration of mobile payment and Inclusive Finance narrows the gap between the East and the west of China and between urban and rural areas through popular application, promotes digital dividend to benefit the public and improves the availability of financial services. In 2020, the central bank has carried out the red envelope test of digital RMB in Shenzhen, Suzhou and other pilot cities, and achieved phased results. In the future, digital currency will further optimize its functions, cover more consumption scenarios, and provide more digital life convenience for Internet users.

The scale of short video users has increased by more than 100 million, and the program quality has improved by leaps and bounds

The market value of listed enterprises has reached a new high, and the trend of cluster development is obvious

As of December 2020, the total market value of China’s Internet listed enterprises at home and abroad has reached 16.80 trillion yuan, an increase of 51.2% over the end of 2019, reaching a new record. There are 207 Unicorn enterprises in China, 20 more than at the end of 2019. The development trend of Internet enterprise cluster has taken shape. From the perspective of market value concentration, the market value of the top ten Internet enterprises accounted for 86.9% of the total, an increase of 2.3 percentage points compared with the end of 2019. According to the distribution of enterprises in cities, about 80% of Internet listed enterprises and unicorn enterprises are concentrated in Beijing, Shanghai, Guangdong and Zhejiang. At present, China’s capital market system is gradually improving, market tolerance and coverage are increasing, and more local governments are actively cultivating local innovation and entrepreneurship companies and unicorn enterprises, which is expected to eventually form a “4 + n” development pattern.

The construction of digital government has been steadily promoted, and the online service level is leading the world

In 2020, the Party Central Committee and the State Council will vigorously promote the construction of digital government, effectively improve the satisfaction, happiness and sense of acquisition of the masses and enterprises, and provide service support for the solid work of “six stabilities” and the comprehensive implementation of “six guarantees”. As of December 2020, the number of Internet government service users in China has reached 843 million, an increase of 150 million over March 2020, accounting for 85.3% of the total Internet users. According to the data, China’s e-government development index is 0.7948, ranking from 65th in 2018 to 45th, reaching a record high, reaching the “very high” level of global e-government development. Among them, the online service index jumped from 34th to 9th in the world, stepping into the global leading ranks. All kinds of government agencies have actively promoted the online government services, and the types of services and the number of people have increased significantly. The “one network connection”, “remote operation” and “inter district connection” of governments at all levels in various regions have gradually become a trend, and the “palm operation” and “fingertip operation” have gradually become the standard configuration of government services, and the business environment has been continuously optimized. 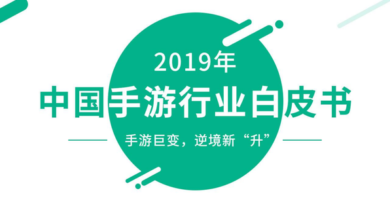 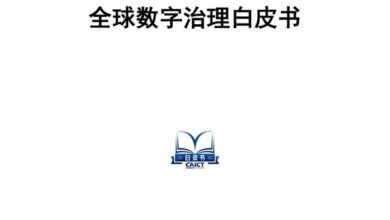 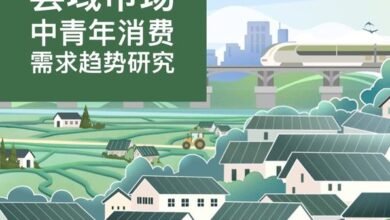 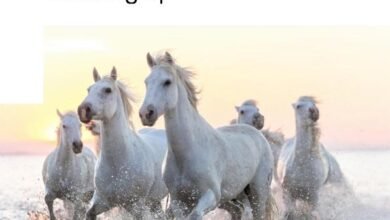 Chinese Unicorn in 2021 – ready to go From Credit Suisse