The following is the Baijiu deep competition industry competition elements From Baijiu industry recommended by recordtrend.com. And this article belongs to the classification: Securities report.

According to the life cycle of Baijiu industry, we should observe the change of core competitiveness in every stage, that is, the transformation of three forces of products, channels and brands. From the old cellar in the early days of the founding of the PRC to the old age of Fen industry in the transitional period of planned economy, the product strength (technology, production capacity and other supply factors) were the core elements in the beginning of the industry. The growth of the Wuliangye industry was the end of the 90s, and the channel competition, the terminal winning power helped Wuliangye to reach the top, the Baijiu and the Yanghe River continued to innovate the channel mode, the mass consumption rose from 2013, and the high-end liquor entered the mature industry first. The strength of the card continues to stand out.

Before 90s: Baijiu is in the seller’s market and the capacity is king. In the era of material shortage in the early days of the founding of the PRC, the planned economy system of state monopoly and purchase was implemented. The old cellar of the fragrant aroma originator developed rapidly under the technical superiority and the state support. It was sitting in the leading position before 1977 and made the first brilliant achievement of Luzhou flavor Baijiu (accounting for more than 70% of the total). During the planned economy transition period, the state policy control gradually liberalized, the advantage of Baijiu liquor production capacity expansion was prominent, accounting for more than 70% in 70s, and the rapid expansion of Fen Lao Da laid the first.

1990s: the seller’s market transited to the buyer’s market, and advertising marketing became popular. As the market supply gradually keeps up with the demand, the core factor that the original capacity is king gradually weakens. At the same time, with the rapid development of media communication with TV as the main body, TV advertising has become the main battlefield of famous liquor. Lu wine, such as kongfu family, kongfu banquet and Qinchi, was famous for a while, but it was short-lived due to the lack of internal cultivation and external industry adjustment.

The end of 1990s: the buyer’s market was established and the era of channel as king was opened. After nearly 20 years of capacity expansion, the Baijiu liquor industry has exceeded the actual demand, and has completely completed the transformation from seller’s market to buyer’s market. Product category and purchase channel are becoming more diversified, and enter the stage of channel competition and terminal winning. Dealers and manufacturers’ leading mode has come on stage. Relying on the large business system, Wuliangye expanded rapidly with low cost, and reached the top of the list. It created the authorized buyout underwriting and OEM licensing, fully activated the enthusiasm of large businesses, and seized the market with the channel resources of the general agent. Huijiu has repeatedly innovated its channel mode and has made great achievements. From the plate in plate mode rising in Kouzijiao to the prevalence of deep distribution, Huijiu has led a new round of changes in channel competition. With the revival of Yanghe and Gujing famous liquor, liquor enterprises have continuously improved their control over channels and terminals through resource preposition and centralized investment.

So far in 2013: the rise of mass consumption, brand demands, high-end trend. After ten years of Baijiu gold, the consumption structure has changed significantly due to the three ban. Mass consumption has risen and brand quality has become a trend. By focusing on opinion leaders and product scarcity attributes, Maotai constantly strengthens its brand power, takes a leading position in the industry, and holds the pricing power of high-end liquor: after 10 price increases in 2000, the annual growth rate of ex factory price is over 9%, and the price increases with the trend and does not fall against the trend; the price skyscraper is raised through non-standard products; from the second half of 2018, the channel flattening will be promoted, and the proportion of direct sales will be increased to drive the price of ton liquor, The moderate release of financial attributes is expected to continue to promote the upward rating.

Based on the logic of industrial development, brand is the core competitive factor of Baijiu enterprises, and the differentiation trend is irreversible. The 2015-2018 is the overall recovery stage of the industry. Enterprises enjoy the bonus of the industry to get warmer. After 2018, the Baijiu plate differentiation is obvious, and the industry has entered the stage of extrusion growth. At the same time, the price belt of 1000 yuan and the 600 yuan price belt are basically established, and the famous liquor will enjoy the bonus of structural upgrading continuously. The recommended targets are: 1) the second and third line famous liquor in the performance release period with low base effect is the first choice, and now Shiyuan, Shanxi Fenjiu, Gujing gongjiu and so on; 2) Wuliangye, which has the advantages of high-end liquor industry performance certainty and evaluation, and whose rating exceeds expectations, is the key recommendation, and continues to recommend Guizhou Maotai and Luzhou Laojiu 3) Yanghe’s medium and long-term improvement logic is established, and its strategic layout is based on long-term thinking; 4) other famous wines such as Shuijingfang and Jiugui Liquor are focused on.

In 2020, the sales volume of China's luxury car retail market will be 3.46 million, with a year-on-year growth of 11.4% From China Automobile Circulation Association 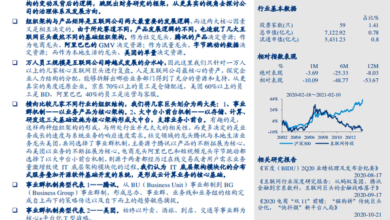 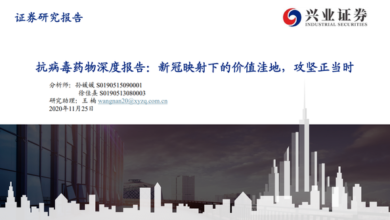 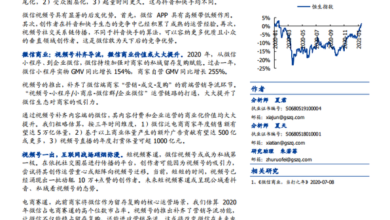 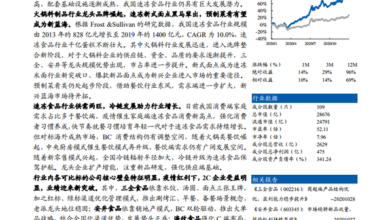