The following is the Recovery and challenge From Prospect of China’s economy and capital market in 21 years recommended by recordtrend.com. And this article belongs to the classification: Chinese economy, Securities report.

The anti epidemic force is strong and the economy is recovering. China took the lead in controlling the epidemic. The peak of China’s epidemic occurred in February, and continued to improve after March. As residents travel again, China’s economy begins to recover. From the demand point of view, the best performance is the online economy, and mobile users and usage duration continue to grow. In the field of offline economy, the first to recover is essential consumption such as food and daily necessities, followed by optional consumption. In the third quarter, the growth rate of real estate sales reached 20%, and the growth rate of passenger car sales was close to 10%. The rebound of real estate and automobile will drive the demand of middle and upper reaches, which also indicates that the recovery of industrial economy in the fourth quarter is expected to accelerate. The recovery of foreign trade leads the world. Thanks to the effective control of the epidemic, China’s supply chain has taken the lead in recovering in the world, and the proportion of China’s exports in the world has increased significantly. From recession to recovery. In the 1 quarter of this year, COVID-19’s sudden outburst led to a short-term recession in China. With the effective control of the epidemic situation in China, China’s economy gradually recovered after the second quarter, and further accelerated since the third quarter.

Credit expansion boosts recovery. Financing leads economic growth. Historical data show that the growth rate of the total balance of social financing is an important leading indicator to determine the trend of China’s economy. In March, China’s social finance growth began to pick up, while the growth rate of power generation, which represents the economic trend, also rebounded from the bottom. The government has made great efforts to increase leverage, and the long-term loans of residents and enterprises have increased. The recovery of the growth rate of social finance means that the credit is back to the expansion cycle. At present, the government, residents and enterprises are all adding leverage. Among them, the government financing in September reached 1.01 trillion yuan, a substantial increase for two consecutive months. In the near future, both short-term loans and medium and long-term loans of the residential sector have continued to increase, which should be related to the downward trend of loan interest rate. The medium and long-term loans of the enterprise sector also kept increasing, mainly reflecting the start of the inventory cycle. Credit expansion accelerated, supporting economic recovery. Looking forward to the first half of the year, the government financing will still increase significantly, and the medium and long-term loans of residents and enterprises are also expected to continue to pick up, thus driving the growth rate of social finance to continue to rise, indicating that the current round of economic recovery is expected to last until the first half of the year.

Loose policy faces exit. Again, the currency was significantly over issued. In the past 20 years, the growth rate of social finance has exceeded 13%, while the nominal growth rate of GDP is expected to be only 3%, which means that the growth rate of financing has exceeded the nominal growth rate of economy by 10%. Real estate bubble risks reappear. After the currency is over issued, the first thing we need to guard against is the risk of re bubble. 8. In September, the average price of new house sales across the country has risen to about 10%. Inflation risks are rising. With the economic recovery, industrial prices will tend to pick up, and the high growth of monetary financing will also promote PPI to continue to rise in the future. The rebound of PPI will push the non food prices of CPI up at the same time, and the CPI risk is still likely to rise again. The risk of debt default is increasing. Another important influence of currency over issuance is the rise of debt leverage. The leverage ratio of China’s total social debt in the third quarter of 2000 has risen to 266% from 242% at the end of last year. The risk of future debt default will also increase. As of October, the cumulative default rate of credit bonds hit a record high of 1.1%. It may be difficult to be more active financially. Looking forward to the 21st year, economic recovery is expected to accelerate. However, considering the constraint of debt ratio, it is expected that the broad fiscal deficit in the 21st year will be basically the same as that in the 20th year, and the government financing may decline in the second half of the year. Monetary policy is tightening steadily. The recovery of economic inflation will inevitably lead to the recovery of bank loan interest rate, and then lead to the adjustment of central bank policy interest rate. As a result, after the market interest rate rebounds in 20 years, the policy interest rate in 21 years is likely to rise, and the monetary policy will be tightened steadily.

How to rotate the major assets. The fourteenth five year plan: towards high quality growth. Looking forward to the future, China’s economy will be supported by three new forces: talent dividend, urbanization and deepening reform and opening up. During the period of the 14th five year plan, the domestic big circulation will become the main body of economic development, and the domestic demand and consumption market will further prosper. Exchange rate appreciation in the short term to attract capital inflows. Along with the rise of China’s interest rate, the debt interest margin between China and the United States has expanded greatly, which promotes the appreciation of RMB against the US dollar. But in the middle of one year or so, the rise of China’s interest rate will eventually lead to another tightening of credit, and the RMB will not appreciate for a long time. The short-term blue chips are good, the medium-term stocks and bonds are switched, and the long-term stock market is bullish. In the long run, China’s economy is expected to enter an era of high-quality growth, and science and technology consumption will drive the stock market. In the short term, benefiting from the economic recovery brought by leverage, pro cyclical blue chips are expected to lead the rise in the short term, while bond market interest rates will continue to rise. However, as the market interest rate continues to rise, there may be a credit crunch at some time in the future, resulting in another bull bear switch between the bond market and the stock market.

Research on purchase intention of new car in 2021 From J. D. jundi 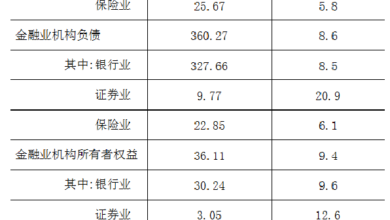 By the end of the first quarter of 2022, the total assets of China’s financial institutions were 396.39 trillion yuan From People’s Bank of China 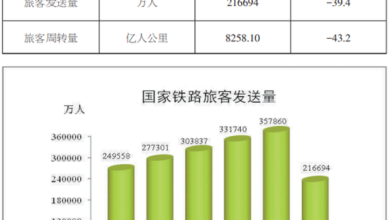 In 2020, the national railway passenger volume will reach 2.167 billion, down 39.4% From National Railway Group 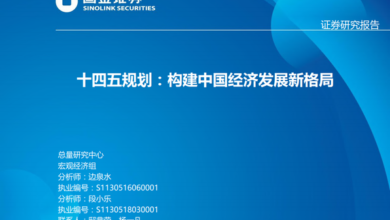 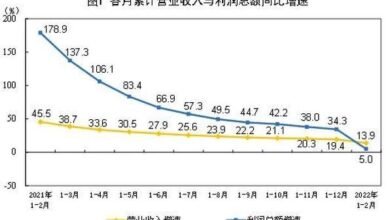 From January to February 2022, the profits of Industrial Enterprises above designated size increased by 5.0% From National Bureau of Statistics