The following is the Surveys show that more than half of Americans use social media to get news From Pew recommended by recordtrend.com. And this article belongs to the classification: Pew, social networks, Us SNS Market.

While social media companies are trying to contain false news and misleading information about hot topics such as the presidential election and the cowid-19 epidemic, many Americans still rely on these websites for news. According to a survey conducted by the Pew Research Center from August 31 to September 7, 2020, more than half (53%) of American adults say they get news “often” or “sometimes” through social media.

When asked which social networks they often get news from, Facebook has a clear advantage over the 11 options offered. Data show that nearly a third (36%) of Americans get news through Facebook, followed by YouTube (23%) and twitter (15%).

Compared with Facebook and Youtube, not many Americans get news through Twitter because Americans use it less frequently. If we consider news users as a part of the overall user group of the website, some websites will stand out because they are more “news” even if the total audience is relatively small.

From another point of view, there are also great differences between users who visit social media networks to get news. For example, white adults make up the majority of regular news users on Facebook and reddit, but less than half of them turn to instagram for news. Black and Hispanic adults account for about a quarter of instagram’s regular news users (22% and 27%, respectively). People who regularly get news on Facebook are more likely to be women than men (63% vs. 35%), while two-thirds of reddit’s regular news users are men.

Pew: Latin Americans prefer instagram, white people like pinterest Pew: research shows that social media doesn’t put pressure on people Pew: for the first time, social media has overtaken newspapers as the preferred news source for American adults Pew Internet: research shows that the growth of Twitter users has slowed down But more active Pew: the number of U.S. users using Twitter every day is increasing Pew: research finds that teenagers from low-income families are more likely to be addicted to Facebook Internet: 17% of U.S. mobile phone users mainly use mobile phones to access the Internet Pew: 53% of Americans can’t distinguish between robots and real people on social platforms Pew: 56% of Americans visit Facebook every week, more than 34% of Americans read the Bible Pew: 34% of Americans take measures to protect privacy after Snowden incident Pew: 88% of American scientists support that genetically modified food can be safely eaten Pew: in 2017, the proportion of adults using social networking sites in emerging market countries rose to 55% 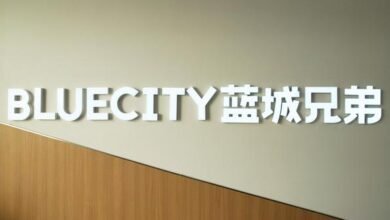 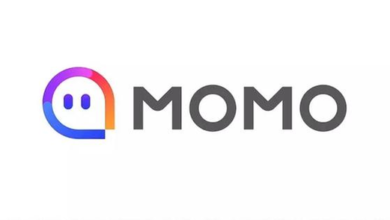 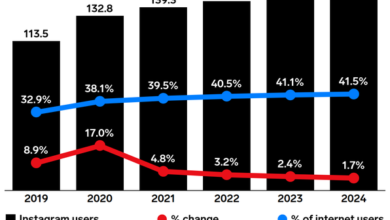 Instagram users in Western Europe increase by 17.0% in 2020 From eMarketer 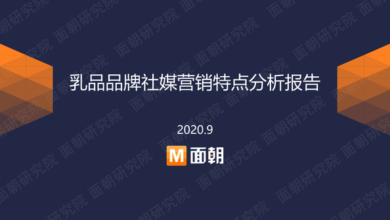